Ferrari may use 'right of review' to challenge Vettel penalty

Ferrari may use the FIA's 'right of review' to re-examine Sebastian Vettel's Canadian Grand Prix penalty rather than go through with a formal appeal, Motorsport.com has learned. 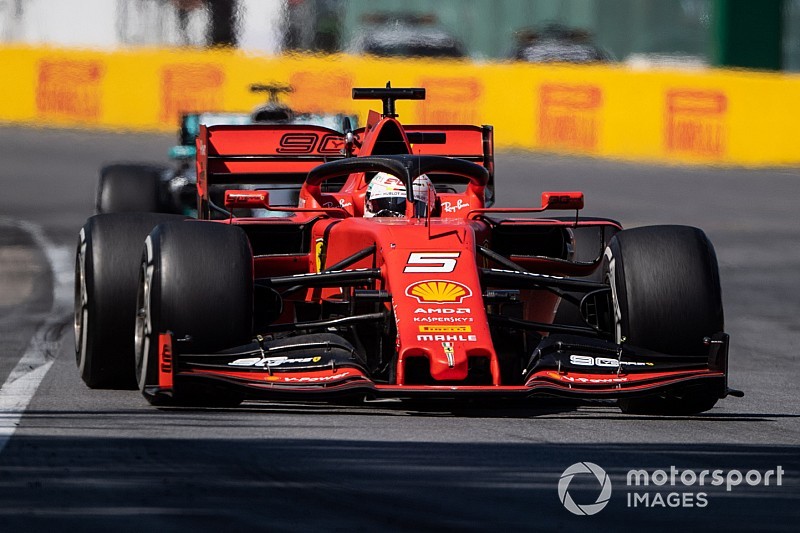 With a deadline looming for the Italian team to confirm its appeal against Vettel's five-second penalty that cost him the win in Montreal, it is believed that the Italian outfit is considering an alternative action plan rather than pushing on with its original intention.

The matter revolves around Vettel being handed a sanction for what the FIA ruled was him rejoining the track in an unsafe manner and forcing rival Lewis Hamilton off the track.

The chances of success going through the FIA's International Court of Appeal were always likely to be slim, because the governing body's own rules state that such in-race sanctions cannot be appealed.

Even if went through with its complaint and took it to the FIA's independent court, the likelihood is that the case would be quickly rejected as inadmissible.

So although the Italian outfit is expected to officially confirm later that is not going through with the appeal, it is understood that this may not be the end of the matter.

The FIA's own International Sporting Code gives competitors an option for a post-event review of decisions, providing that new evidence that was not available at the time has come to light.

Article 14.1.1 of the code states: "[If] a significant and relevant new element is discovered which was unavailable to the parties seeking the review at the time of the Competition concerned, whether or not the stewards have already given a ruling, these stewards or, failing this, those designated by the FIA, must meet (in person or by other means) on a date agreed amongst themselves, summoning the party or parties concerned to hear any relevant explanations and to judge in the light of the facts and elements brought before them."

The code states that the period during which a petition for review can happen is 14 days after the final classification was made, which means Ferrari has until race day of the French Grand Prix to go down this route.

If Ferrari goes ahead with a review case, then it will need to lodge what new evidence it has and present this to the FIA, who will then convene either the stewards from the Canadian GP or replacements to meet to discuss the matter.

Ferrari has not commented on what it plans to do, with the deadline for the Canada appeal expiring later today.

Asked about the situation, a Ferrari spokesperson said: "We are still working on it and we are collecting more evidence."

While the Canadian GP stewards had access to video footage and certain telemetry data, Ferrari may feel that it has more detailed information or data that was not available to the stewards at the time.

Kubica had to take "too many risks" in Canada