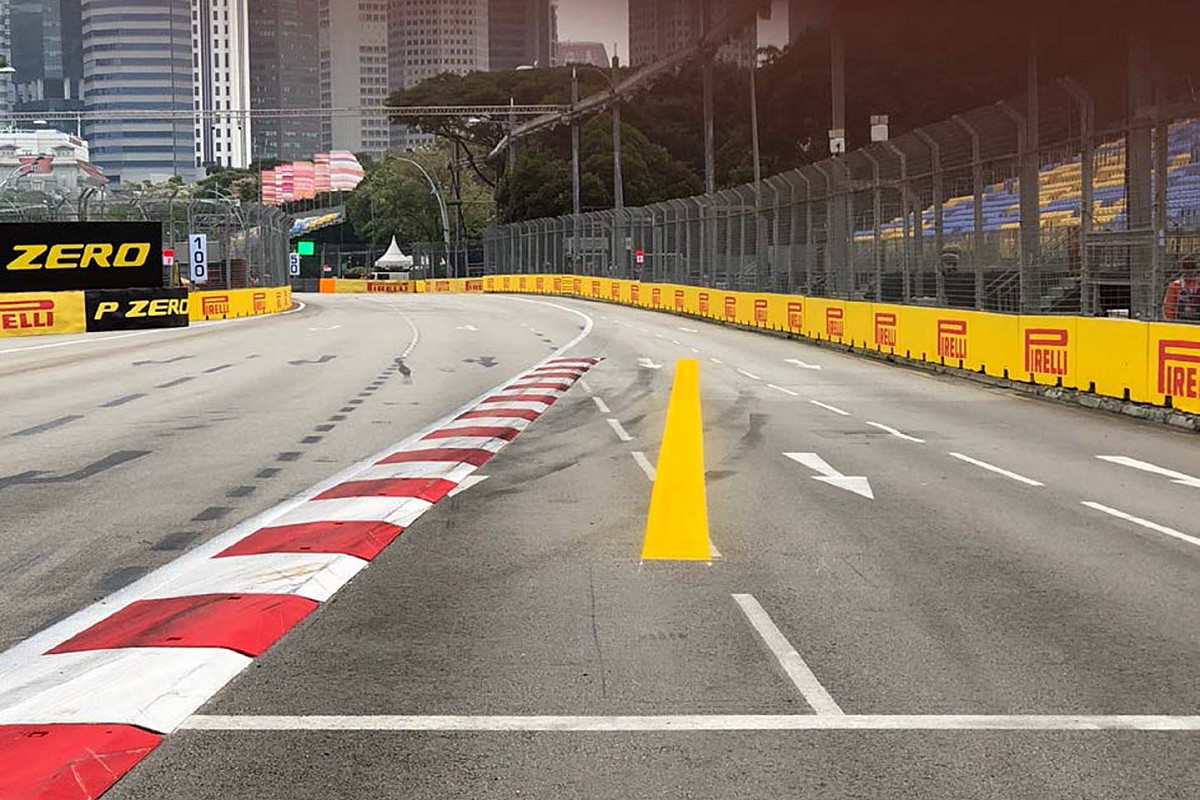 The FIA has taken steps to prevent Formula 1 drivers taking advantage of the run-off area at the exit of Turn 7 during the Singapore Grand Prix weekend.

It is understood that the possibility of raising the kerb was discussed in the drivers' briefing on Friday evening.

Instead of the kerb being changed, a yellow line has been added in the run-off behind the existing kerb.

Revised event notes from FIA race director Charlie Whiting were issued ahead of final practice, saying that a driver's qualifying lap will be deleted "if any part of a car makes contact with the yellow line".

In the race, a black-and-white driving standards flag will be issued if any driver touches the line three times, and any further breaches will be reported to the stewards.