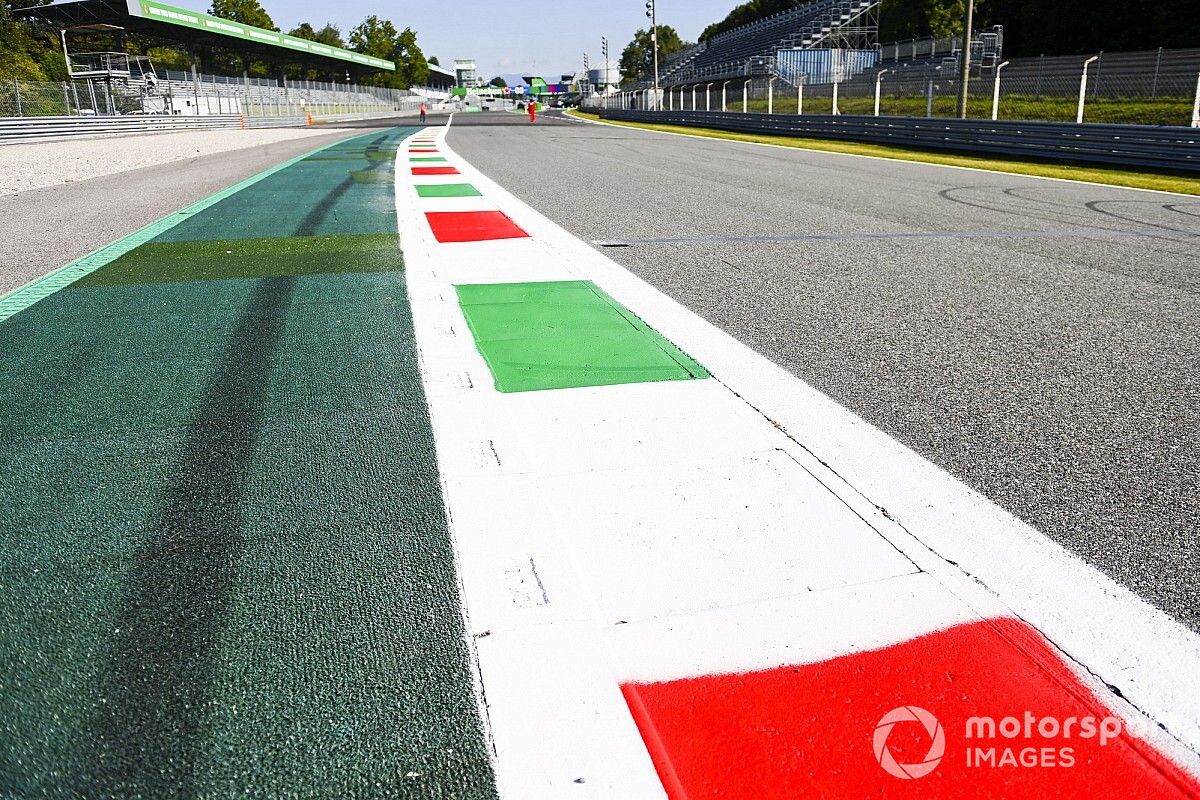 The FIA will extend its clampdown on track limits offences at Monza for the Italian Grand Prix this weekend, with a focus on the exit of the second chicane and Parabolica.

Track limits became an issue during last year’s Italian GP meeting, and during the weekend FIA Formula 1 race director Michael Masi introduced a reference to Parabolica in the notes he issued to teams. However, the subject has been further clarified for this year.

Timing loops have been built into the track at Parabolica in order to allow race control to monitor offences.

Regarding Parabolica (Turn 11), Masi wrote: “A lap time achieved during any practice session or the race by leaving the track (all four wheels over the white track edge line) on the outside of Turn 11, will result in that lap time and the immediately following lap time being invalidated by the stewards.”

Then in a reference to both Parabolica and the second chicane (Turn 5), he added: “Each time any car passes behind the kerb or crosses the white line, teams will be informed via the official messaging system.

“On the third occasion of a driver cutting behind the apex of Turn 5, and/or crossing the white line on the outside of Turn 11 during the race, he will be shown a black and white flag, any further cutting will then be reported to the stewards.

"For the avoidance of doubt this means a total of three occasions combined, not three at each corner.

“The above requirements will not automatically apply to any driver who is judged to have been forced off the track, each such case will be judged individually.

“In all cases detailed above, the driver must only re-join the track when it is safe to do so and without gaining a lasting advantage.”

Asked at Spa about Monza's “sausage” kerbs - which contributed to Alex Peroni's spectacular F3 accident - Masi noted that loops would be introduced at Parabolica.

“With all track safety parameters, we can look and see what we can improve and learn from everything,” he said. “So with regards to Monza there's a number of sausage kerbs that are still in there.

“There's other alternative measures that we've used for track limits that are in use next weekend, being two timing loops at Parabolica on the final corner, and we'll see how we go with those.

“I don't think it's a one-size fits all, so to speak. There's an appropriate solution for each particular area.”