Formula 1 race director Charlie Whiting has elaborated on why Nico Hulkenberg did not receive as harsh a penalty as Romain Grosjean was given after a similar incident at Spa six years ago. 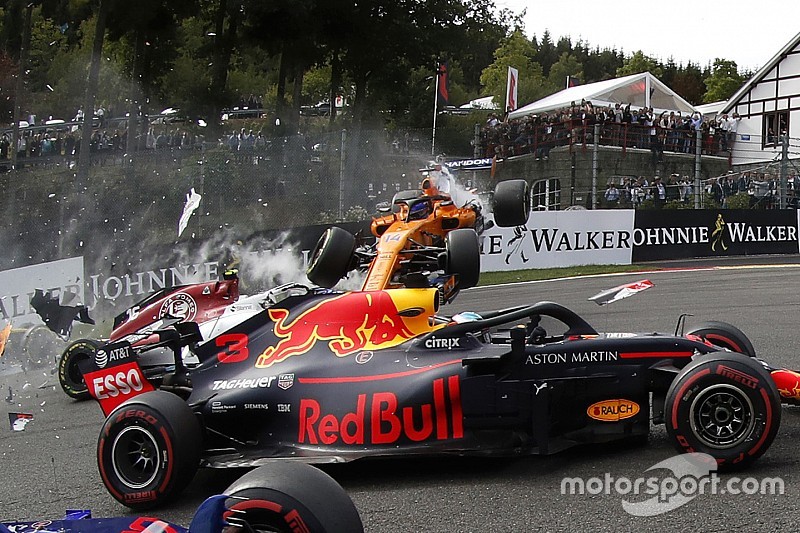 Grosjean was handed a one-race ban after triggering the crash at La Source in the 2012 Belgian Grand Prix.

On Sunday, Hulkenberg received a 10-place grid penalty for the next race at Monza.

Grosjean had already been involved in a series of controversial incidents that season, and that's what led the stewards to impose the ban from the Italian GP.

That in turn led the FIA to create a formal penalty points system so that multiple indiscretions now automatically lead to a ban, although thus far no driver has reached the limit of 12 points within a 12-month period.

The stewards were aware that comparisons would be made with Grosjean and took the unusual step of referencing the incident in the Hulkenberg decision.

"I think they looked back at the similar type of accident that was caused with Romain in 2012, if I remember," said Whiting.

"The accident was in fact what gave rise to the penalty points system. I think it was clearly Nico's fault, he said he was completely to blame for it, and he took three, arguably four cars out, or destroyed their races.

"I think that came into it. I think the points are exactly right, and I think the 10-place grid penalty is pretty much what he expected, he didn't say too much after it apparently.

"When you go back to the Grosjean accident and the accidents that preceded it, the whole idea of the penalty points system was to try and say – I think Grosjean had four different incidents – the idea was that if he'd had those accidents, and each had attracted three points, then we would be quite justified to ban him for a race.

"So that was the way that it was made 12 points, so in the future if that sort of thing happened, that would be the result."

Hulkenberg admitted responsibility in TV interviews and later when he met the stewards.

"I think it does play a part in the stewards' decision but I don't think it would have been any different had he said, 'Well it wasn't really my fault.' I don't think he could have done that to be honest," Whiting added.

Valtteri Bottas received a five-second time penalty and two points for rear-ending Sergey Sirotkin on the first lap at La Source, and thus received the same penalty that Sirotkin himself earned when he hit Sergio Perez in Azerbaijan.

Whiting acknowledged that it would have been considered a first-lap racing incident if the Williams driver had braked suddenly and caught Bottas out.

"I think if something had been happening in front of Sirotkin, yes. But it wasn't, and I think Valtteri said, 'Hands up, it was my fault,' and it was almost a direct comparison to what I think Sirotkin did to Perez in Baku." 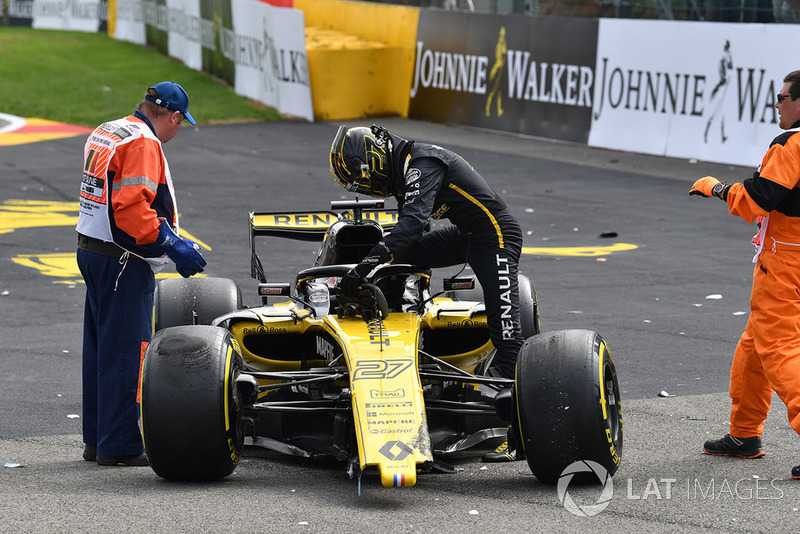