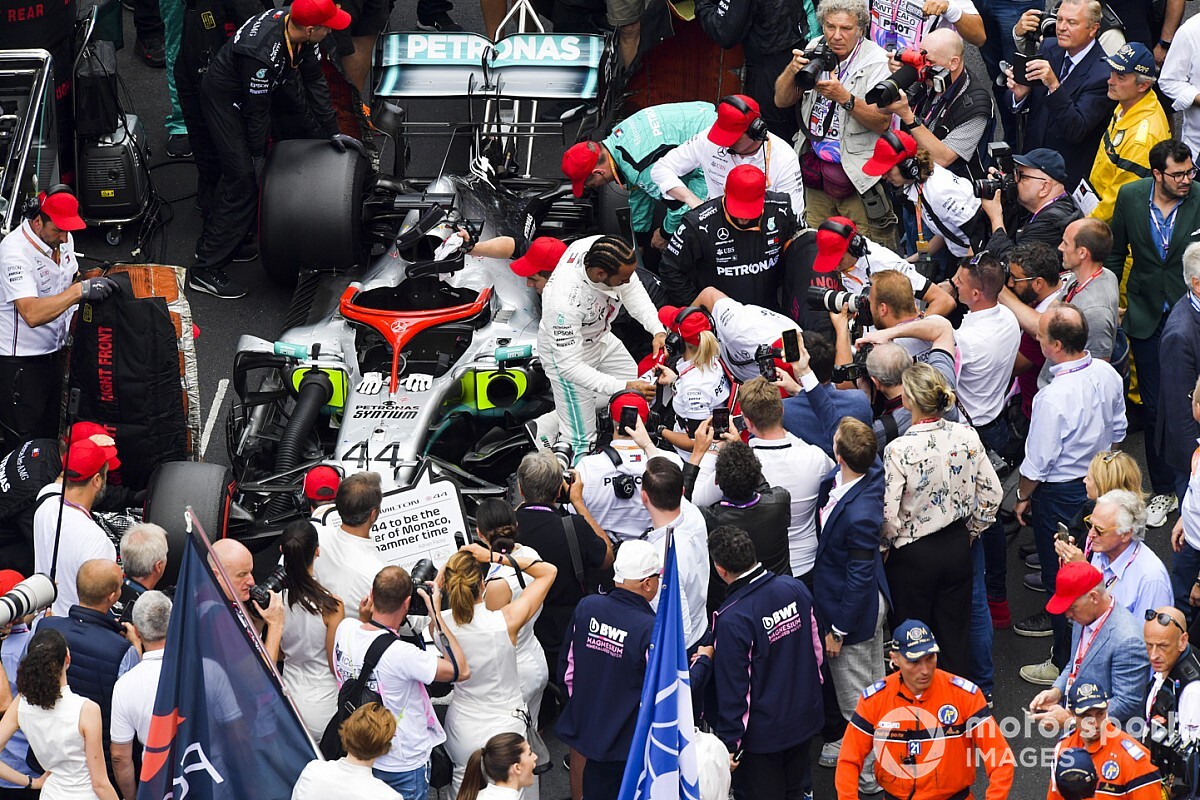 The FIA has advised motor racing series that they could consider abandoning the traditional grid build-up to races from now on if they feel that social distancing cannot be respected.

In a series of guidelines issued for events that are sanctioned by Formula 1's governing body, the FIA has outlined a raft of changes that will be made in a bid to prevent the spread of the coronavirus disease when racing resumes.

The document, called ‘Return to Motor Sport’ has been sent out just weeks before racing is due to resume in Europe, with the Austrian Grand Prix set to start the Formula 1 season on July 5.

All aspects of a racing weekend are covered in the guidelines, which includes stipulations for social distancing among team members, officials, marshals and media, and the need for cleaning of all areas of the track as much as possible.

But it also includes some more radical steps that could be considered by racing categories.

For example, if a risk analysis determines that having all teams on the grid in the build-up to the race risks too much contact between personnel, then a completely different approach could be taken.

The FIA says that one possible solution to avoid this situation would be to not have the traditional grid build-up at all – so cars go straight from their garages to the race start.

The document says: “It could be considered to remove the grid procedure from the event schedule and start the formation lap from the garages.”

It is understood that F1 is not considering such an approach for now, and is planning to maintain some form of grid build-up for races rather than go down the route of starting the cars from the garages.

However, the number of personnel allowed on the grid will likely be kept to a minimum and it is possible that the timetable could be changed because there will not be the usual pomp and ceremony.

The FIA guidelines note: “Suitable mitigations could be to limit the time of the grid procedure (less than 15 minutes) and the number of personnel allowed to work on the car on the grid, thereby significantly reducing the number of close contacts.”

The FIA Guidelines also outline the ‘Group Separation Strategy’, where individual groups at a race weekend – such as teams, officials and media, are all kept in isolation from each other.

Furthermore, stewards rooms will be set up to allow for social distancing, and any drivers summoned will have to wear PPE. 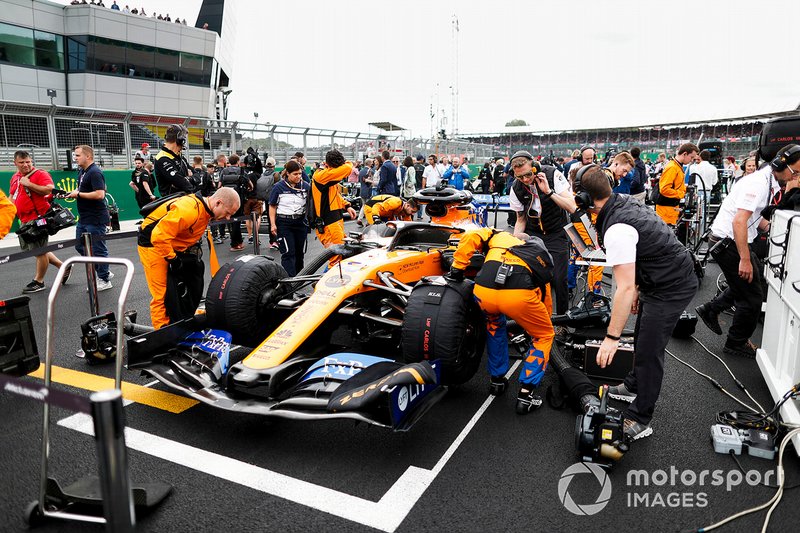 Mechanics on the grid with the car of Carlos Sainz Jr., McLaren MCL34

F1 to mix up tyre compounds for Silverstone races