F1 race director Michael Masi says he does not understand why Sergio Perez was upset at the French Grand Prix over his lap one penalty for gaining positions by cutting a corner. 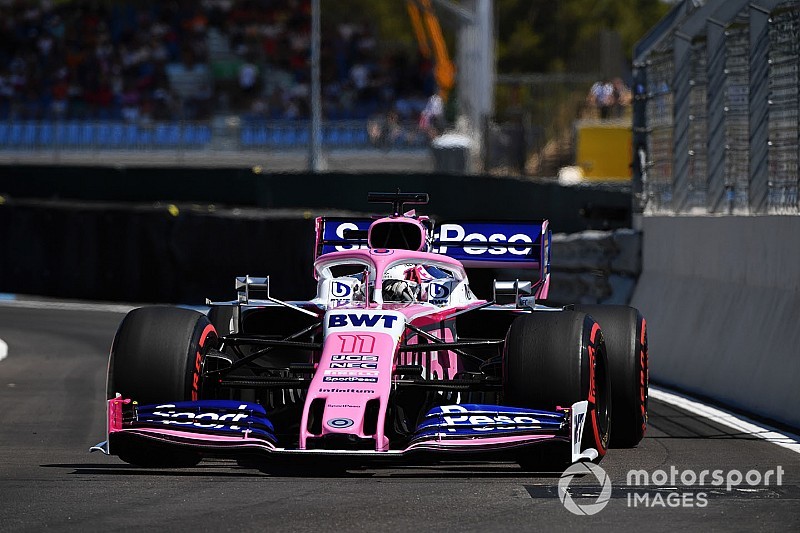 Perez was handed a five-second penalty at Paul Ricard for having gained an advantage when he cut across the run-off areas at Turns 3 and 4 on the opening lap of the race.

The Mexican was especially annoyed because he had gone around the track limits bollard as the rules demanded.

But the FIA was unhappy because Perez rejoined ahead of cars that had been in front of him when he entered the corner, and therefore was deemed to have gained a lasting advantage.

In race notes sent to teams before the French Grand Prix, Masi had made it clear that even if drivers go around the track limits bollard, "the driver must only rejoin the track when it is safe to do so and without gaining a lasting advantage."

Asked by Motorsport.com after the race about the situation, Masi said that following the Monaco Grand Prix, drivers had asked the FIA to punish anyone who gained places in this way.

"The overriding point is that when someone rejoins, they must first rejoin safely and two must not gain a lasting advantage," explained Masi.

"In looking at the in-car [footage] particularly, when you look at Lance Stroll's, who was immediately behind him, Sergio's locked up, chosen to go to the left and bypass the bollard and has come out in front of [Alex] Albon and [Kevin] Magnussen.

"That was part of a discussion that was actually had following Monaco at a drivers' meeting, where the drivers requested that they need to be behind effectively who they entered [the corner behind]."

Masi clarified that no instruction had been given to Perez to give the positions back because drivers had also requested that in the event of one of them gaining positions, that they only be advised of problems that happen at the very first corner.

"It was an open discussion with them in Canada and they all said: you need to draw the line somewhere and once we get out of that [first] sequence, where it is what it is, we will live with that decision," he said.

Masi said the only way that Perez could have avoided a penalty would have been in quickly giving up the places he had gained voluntarily.

"If Sergio had chosen coming out of Turn 6 to drop back behind those two cars, I think we would have looked at it and said he has created his own disadvantage actually," added Masi.

Hamilton ignored instruction not to go for fastest lap

Debate: Do you agree with Perez's lap one penalty?