Ferrari has been told by the FIA it must stop using its camera cooling bags, following a wave of intrigue about what was behind the team’s tactic.

For several races now, Ferrari had been spotted with the small bag of dry ice fitted over its camera while the car was in the pits before a run, and also when on the grid.

Ferrari claimed that it was doing so to keep the camera electronics cool, but other teams believed the real motive was to cover the television lens so rivals could not see its steering wheel or other car settings.

F1 race director Charlie Whiting has looked into the matter and, following some unease from FOM about how its cameras were being treated, Ferrari was informed before the race in Italy last weekend to cease its behaviour.

The move did not stop Ferrari from continuing to close off the view of the camera, though with it opting to use an umbrella to block the view on the grid at Monza. 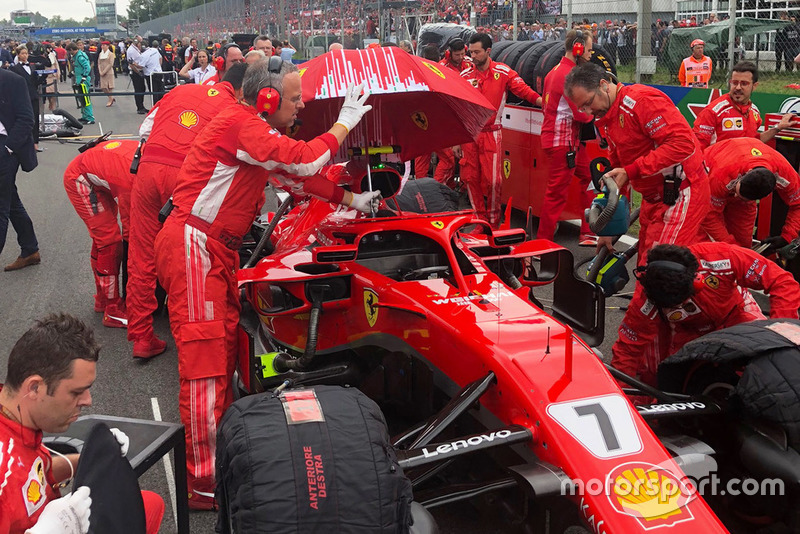 A spokesman for the FIA confirmed the governing body had acted, and said it would continue to monitor any concerns there may be about internal car electronic temperatures.

“We did ask Ferrari to stop using these ice packs,” said the spokesman. “The main reason was that FOM were not happy with them doing it. The issue is one of internal ECU temperature which the FIA will continue to monitor with FOM.”

The FIA added that theories that Ferrari was trying to hide settings that could be outside the regulations were also wide of the mark.

“It [the camera bag] prevented television seeing the dashboard, which inevitably led to several conspiracy theories, but the reality is that the FIA know everything we need to know about the dashboard software and it is entirely legal.”