Subscribe
Previous / Verstappen’s focus will be "mainly endurance" once F1 career is over Next / Tsunoda: Fastest driver will lead AlphaTauri F1 in 2023
Formula 1 News

FIA: "No doubt" floor changes for 2023 were right thing to do

The FIA believes there is “no doubt” it did the right thing by changing Formula 1’s floor rules for 2023 to combat porpoising.

By:
Luke Smith
Co-author:
Adam Cooper
Listen to this article

Following the overhaul of the technical regulations for this year and the return of ground effect, a number of teams encountered severe porpoising through pre-season testing.

Although many teams made changes to their cars to combat the issue, the recurring problems prompted the FIA to intervene on safety grounds mid-season, introducing a new metric to measure how much the cars were bouncing.

This was followed by a bigger change for next year, raising the height of the floor edges in a move that initially faced resistance from other teams before a compromise was struck.

Mercedes was one of the worst-hit teams when it came to porpoising, but its rivals argued that the issue had disappeared towards the end of the season, suggesting the rules changes for next year were not needed.

But in Abu Dhabi, cars were seen porpoising once again, suggesting the problem had not been remedied through the season.

Asked by Motorsport.com if the porpoising in Abu Dhabi justified the rule changes, the FIA’s head of single-seaters, Nikolas Tomabzis, said he had “no doubt we did the right thing.”

"We tried to find a pragmatic, short-term solution and a medium-term solution,” Tombazis said, referring to the AOR metric that came into force mid-season.

“It won’t necessarily dissipate [porpoising] completely, but it will be a step less.” 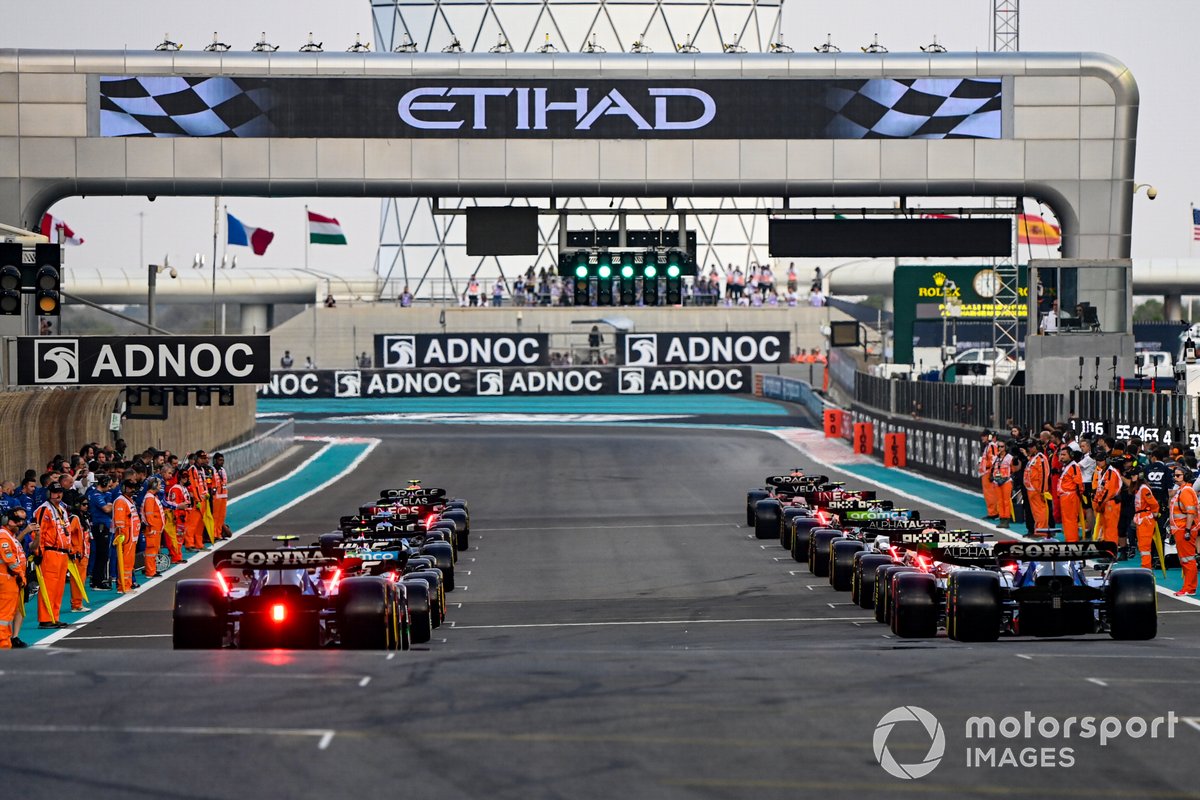 Mercedes F1 chief Toto Wolff felt the bumpy track characteristics at the Yas Marina Circuit had caused the issue to return, forcing “a bit of a compromise” on set-ups.

He felt it was an “important” reminder that proposing was still an issue F1 had to tackle with the rule changes, justifying the FIA’s tweaks for 2023.

“I think it’s good to have that here."

George Russell had been one of the most vocal figures in favour of the floor changes for 2023, and he was confident it would be a step forward after porpoising emerged again in Abu Dhabi.

“The changes the FIA are making with the raised floor edge is going to be an improvement in that regard,” said Russell.

“It definitely adds quite a lot of fatigue. I forgot what it was like to drive with the car bouncing around through the corners, downward straight a little bit.

“So I'll be happy if I turn up to Bahrain next year with none of that.”

Albon: F1 drivers are "all concerned" by FIA clampdown on statements