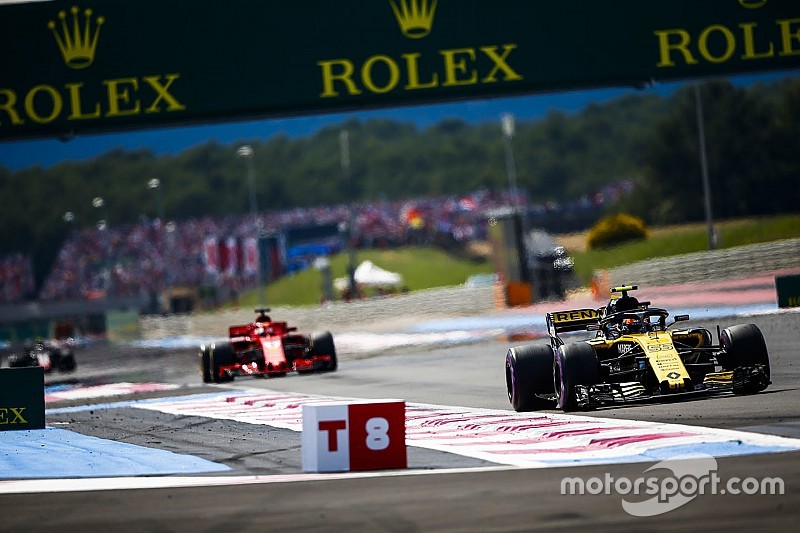 Whiting said the subject will be discussed at the drivers’ briefing in Austria this Friday.

At the same gathering in France last Friday many of the drivers supported the idea, initially put forward by Carlos Sainz, that racing would be improved if the chicane was dropped.

Drivers who had raced or tested without it in place argued that there would be more slipstreaming on the longer straight, and that with the lower downforce levels that the teams would use, Turn 10 (Signes) and the rest of the track would be more of a challenge.

Whiting said the decision to use the chicane was agreed between the FIA and the Paul Ricard management. One extra complication for the latter is that grandstands are located at the chicane, and they would become redundant.

“It was a joint decision,” said Whiting. “It was what was proposed by the circuit, and we saw no reason to say anything different. We wanted to have two long DRS zones, which appeared to work quite well on the back straight.

“There appears to be now a school of thought that we could have done without it, but all the teams and drivers have known about that for a long time. The teams have tested on that track, so I was a little surprised to hear that come out of the blue on Friday.”

Before approving any change for 2019 the FIA would first have to analyse the safety implications of the higher speeds into what is now known as Turn 10.

“We can certainly do a simulation of the long straight and see if the run-off area is sufficient and that sort of thing,” said Whiting. “I would also like to hear the drivers’ opinions now they’ve had a chance to race on it.

"We saw a few decent overtakes there, which I doubt we would have seen otherwise. But it’s a matter of opinion, and I’m happy to discuss it with all concerned. We can kick it off [on Friday].

Asked if he would agree to a change if the run-off area was deemed to be sufficient he said: “If there’s a strong enough argument to do it, yes.”

Sainz was adamant that the track would be more interesting for drivers and fans without the chicane.

“It was actually me who asked Charlie about the long straight,” he said. “I've seen Formula 3 races here and endurance racing without the chicane, and the track looks really cool.

“It would give it that bit of character that maybe the track misses at the moment. It would also give good slipstreaming, a lot more difficult last sector with less load.

"It would be good fun and I think the FIA will consider it for next year.”