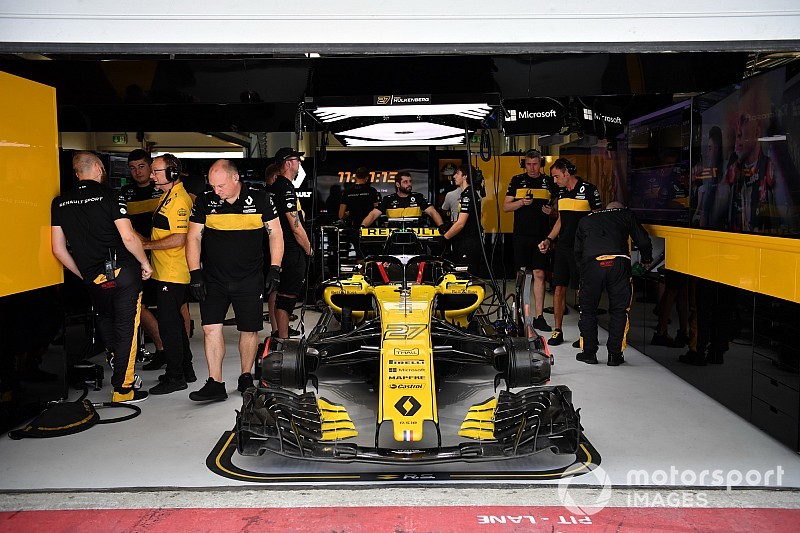 The FIA is considering a change to the way Formula 1 drivers with engine penalties line up on the grid in order to avoid the repeat of the events of Russian Grand Prix qualifying.

At the moment drivers who change enough power unit elements to earn a back of the grid penalty start the race in the order that those elements were first used, which is based on who left the pitlane first in FP1.

That means these drivers don't have any incentive to run in qualifying, other than making a token effort in Q1 for the sake of  fans and sponsors.

In Sochi three of the five penalised drivers were quick enough to progress to Q2, but none of them ran in that session, because there was no point in wasting tyres or engine mileage.

As a direct result of that, Renault also chose not to run its drivers in Q2 in Russia, because they would be guaranteed to start 11th and 12th, with a free choice of tyres.

The FIA is considering a change that will see the grid order of penalised drivers determined by qualifying time, thus encouraging them to run more.

The change would also put a stop to the bizarre sight of penalised drivers lining up early at the pit exit at the start of FP1 purely to claim their grid positions.

"I don't think anyone could have foreseen what happened here," said FIA race director Charlie Whiting in Sochi.

"I think there is another way, I've been talking about it to a few teams here.

"I think what we could do based on this weekend is instead of having cars line up at the pit exit in a rather farcical way, and that sort of thing will only ever get worse, if you have five drivers you will arrange them at the back in the order in which they qualified.

"I think that would provide some incentive for drivers to actually go and qualify, and try to qualify as high as they could at least.

Asked about the chances of the change being voted through, Whiting said: "I would have thought quite high. I like to think that's a sensible solution.

"There may be some drawbacks that we haven't thought of yet, but it's a relatively new idea."

"No evidence" of resurfacing impact 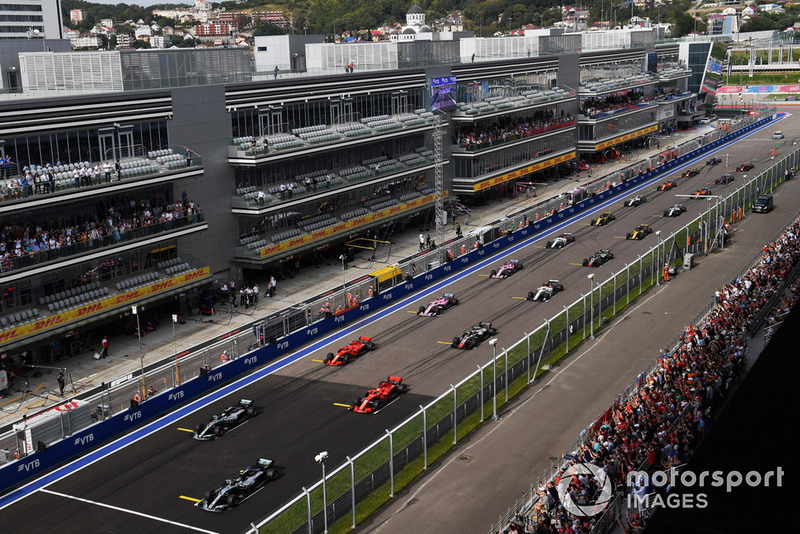 The Sochi Autodrom circuit laid new surface in several parts of the track, including a small stretch by the start-finish line that covered the first three grid slots, ahead of the 2018 race.

Although he actually stood to benefit having qualified third, Ferrari's Sebastian Vettel made it clear before the race that he wasn’t happy with the way the work had been done.

Asked about the matter after the race, Whiting said the impact of the resurfacing had been negligible.

‘I don’t think there was controversy,” he said. “It was brought up because it’s so visible, you can see two types of asphalt there, but there’s no evidence to suggest that the grip is any different on one than the other.

"We did notice after that small amount of rain that the black asphalt took a little longer to dry, but otherwise I don’t think [there was a difference].

“It will be interesting to talk to the drivers and teams and see if there actually was, but I think if it had to be repaired in that particular place it’s a bit much to ask them to repair a 250m section when they only need to repair a 15m section. It’s not uncommon, either.”