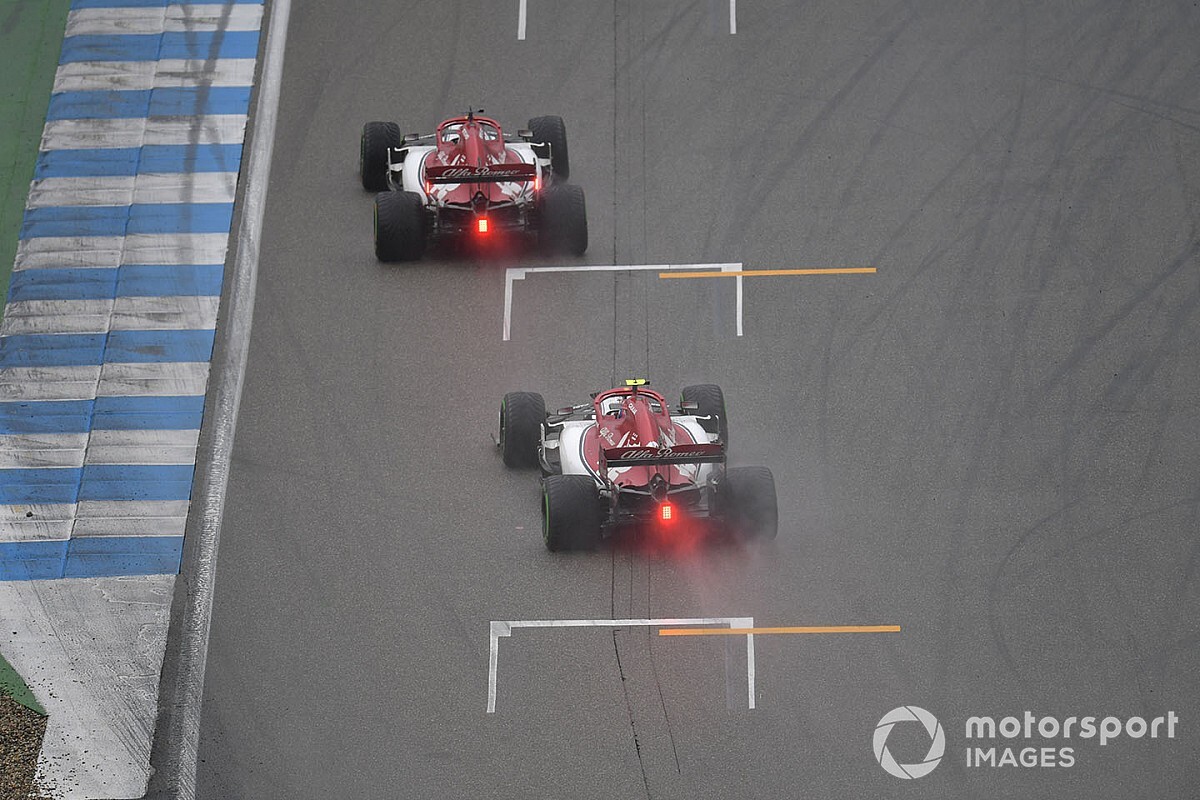 The FIA has proposed a coloured rain light system which repeats on-track flag conditions amid a number of safety recommendations following investigations into serious and fatal racing accidents.

Having completed its research into 28 accidents related to circuit racing, the FIA has unveiled a number of proposals to improve on-track safety to inhibit further serious accidents.

One such suggestion is to increase the amount of colours used by the cars' rear rain lights, a mandatory inclusion for all cars involved in circuit racing, to reflect the status of the circuit and improve driver visibility of flags being shown by race control.

For example, the rain light would turn yellow should the race enter yellow flag conditions, and the FIA has also proposed that the rain light could also be used to show the driver ahead slowing down as they enter a yellow flag zone.

The FIA's statement reads that "although further testing and research is required, this adaptation of the rain light usage could reduce driver notification time, improve the reliability of driver notification and better allow drivers to make an appropriate and proportionate reaction in the case of yellow flag deployment".

Furthermore, the FIA has indicated that it will be pursuing further research into increased tethering to ensure "large debris is contained or retained with the crashing vehicle".

In the event of a particularly heavy impact, the rear end of the car can completely detach from the front - creating two potentially dangerous pieces of high-mass debris - and adding increased tethering would ensure that the two halves remain together.

Currently, the wheel assembly uses a tethering system to ensure that the suspension system does not detach from the car in a high-energy impact, which can have potentially disastrous consequences.

The FIA is also conducting an investigation of its front and side impact structures, aiming to improve the amount of energy that the structures can absorb and increasing its strength in a car-to-car impact.

Those changes are almost certainly a response to the tragic death of Formula 2 driver Anthoine Hubert at the Spa-Francorchamps, after the 2018 GP3 champion was caught in a high-speed impact on the exit of the Eau Rouge/Raidillon complex.

Formula 1, along with Formula E, is already in the process of defining improved impact structures, while F2 and Formula 3 will include them in their next chassis cycle.

2020 is expected to be the final year of the current F2 chassis, but the economic implications of the current global pandemic would likely delay this.

There are also changes being considered to the composite structure of smaller items to reduce debris shedding, along with a front wing design review to reduce the entire assembly's propensity to break.

The FIA suggests that this could include "controlled failure" points to compartmentalise the parts affected in a collision.

Tyre pressure monitoring systems have also been recommended to inform the driver of any punctures or sudden pressure losses, ensuring that they can take the right approach to driving the car.

Similar tyre pressure monitoring systems have been made available for this year's F2 and F3 seasons, as the former makes the switch to 18-inch tyres for 2020.

F1 shock: Sebastian Vettel to leave Ferrari at the end of 2020