The FIA is ready to roll out more bespoke bollard lanes in Formula 1 run off areas this year in a bid to clamp down harder on drivers abusing track limits. 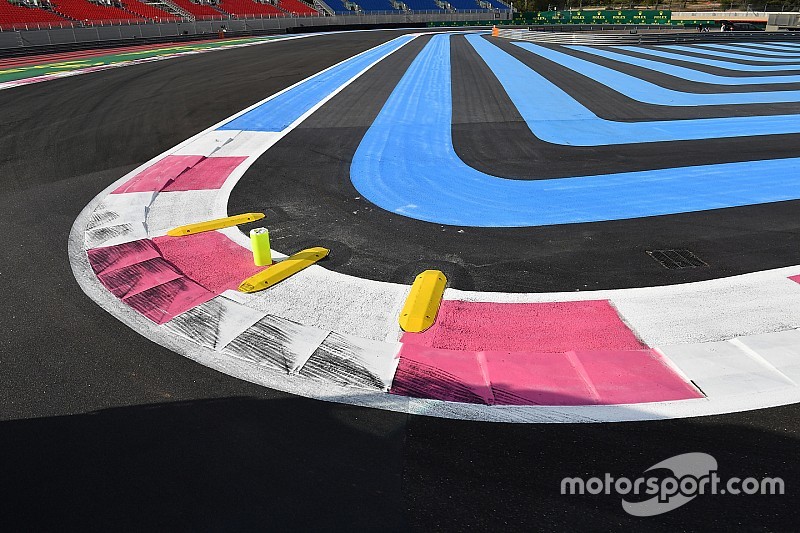 On the back of a growing debate about how to deter drivers from cutting corners, the FIA trialled more extensive use of lanes that directed cars around bollards at last weekend's French Grand Prix in a bid to slow down anyone who had run off circuit.

The layout of the bollard lane at the Turn 3/4/5 caused some controversy when Sergio Perez was handed a penalty for gaining an advantage there, despite having followed the lane after he ran off the track on the opening lap.

But F1 race director Michael Masi said that the plan now was to use the bollard solution at more tracks, following a request from the drivers.

Asked by Motorsport.com if it was likely the FIA would roll out the use of bollard lanes at more venues, Masi said: "On a case by case basis absolutely. It is something to be quite honest that the drivers have asked for.

"Following a discussion that we had in Canada at the drivers' meeting, we got here [to France] and there was a lot of run off out there, so it was prime situation and prime set of circumstances to actually try it.

"The one at Turn 2 from what I saw in F2 and F3 for the race starts, it actually seemed to work quite effectively in actually achieving the goal.

"The one at Turn 5 was probably not as effective as we would like from a rejoining end, but it certainly worked quite well. Generally it is one of those that, for the hot stops, we will continue to try."

With Perez suggesting that it was unfair that having gone around the bollard he still did not lose enough time, Masi is clear that the FIA will look at what lessons can be learned about specific layouts.

"It is not an exact science, it is trial and error," added Masi. "I think it has certainly improved the rejoin from a safety perspective, and given the drivers some better vision following some feedback that we had from them here.

"It is certainly something that we will review and is part of the constant improvement to be quite honest."

The major problem that shows Hamilton's true worth to F1