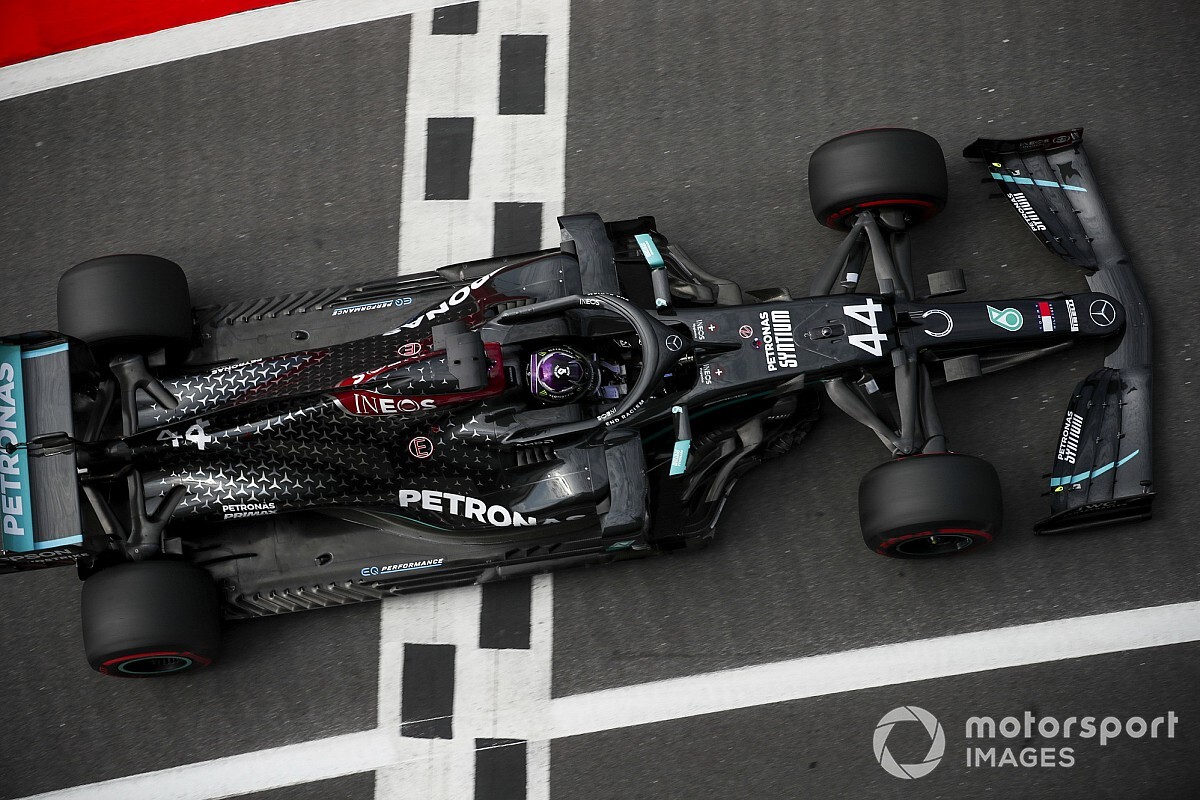 Formula 1 teams have been informed by the FIA of plans for new restrictions on engine modes for qualifying which will be put in place by the Belgian Grand Prix.

The changes are set to rein in the Mercedes-powered teams that traditionally make the biggest performance gains in qualifying, and are likely to further ramp up tensions in a paddock where there is already conflict on the Racing Point copying case, and the final stages of Concorde Agreement negotiations.

FIA secretary secretary general for motorsport Peter Bayer made the reference to modes in a letter to teams that covered various technical matters, under the heading "power unit ICE modes – reduction of the scope of adjustability between qualifying and the race".

The letter clearly indicated that the FIA wants teams to run the same ICE modes in both qualifying and the race.

While the letter itself carries no regulatory value, it said that a technical directive clarifying the new restrictions will follow, and will be applicable by the Belgian GP.

The letter referenced two FIA rules. The first is Article 2.7 of the 2020 technical regulations, headed "Duty of Competitor," and which reads as follows: "It is the duty of each competitor to satisfy the FIA technical delegate and the stewards that his automobile complies with these regulations in their entirety at all times during an Event.

"The design of the car, its components and systems shall, with the exception of safety features, demonstrate their compliance with these regulations by means of physical inspection of hardware or materials. No mechanical design may rely upon software inspection as a means of ensuring its compliance.

"Due to their nature, the compliance of electronic systems may be assessed by means of inspection of hardware, software and data."

The letter noted that the "multitude and complexity of modes being used make it extremely difficult for the FIA to monitor compliance with all the PU-related regulations and provisions in selected critical moments of the event".

The other rule cited is Article 27.1 of the sporting regulations, the often-used reference to drivers being required to drive the car "alone and unaided."

The letter noted that "the changes to ICE modes that are currently in force could potentially mean that the driver does not drive the car alone and unaided."

The letter then makes it clear that "in order to address the above concerns in the future, we will be requiring that during the qualifying session and the race, the PU should operate in a single mode," before confirming that a technical directive will follow before Spa.

Teams are still not sure exactly what the changes will mean in practical terms as they have yet to receive any details.

A single mode will not only restrict performance in qualifying, but will also limit adjustments drivers make during races, including those when they "turn down" the engine for reliability purposes.