Formula 1 race director Michael Masi says that allowing secret tolerances in jump-start rules remains the right thing to do, despite the controversy over Sebastian Vettel's getaway at the Japanese Grand Prix. 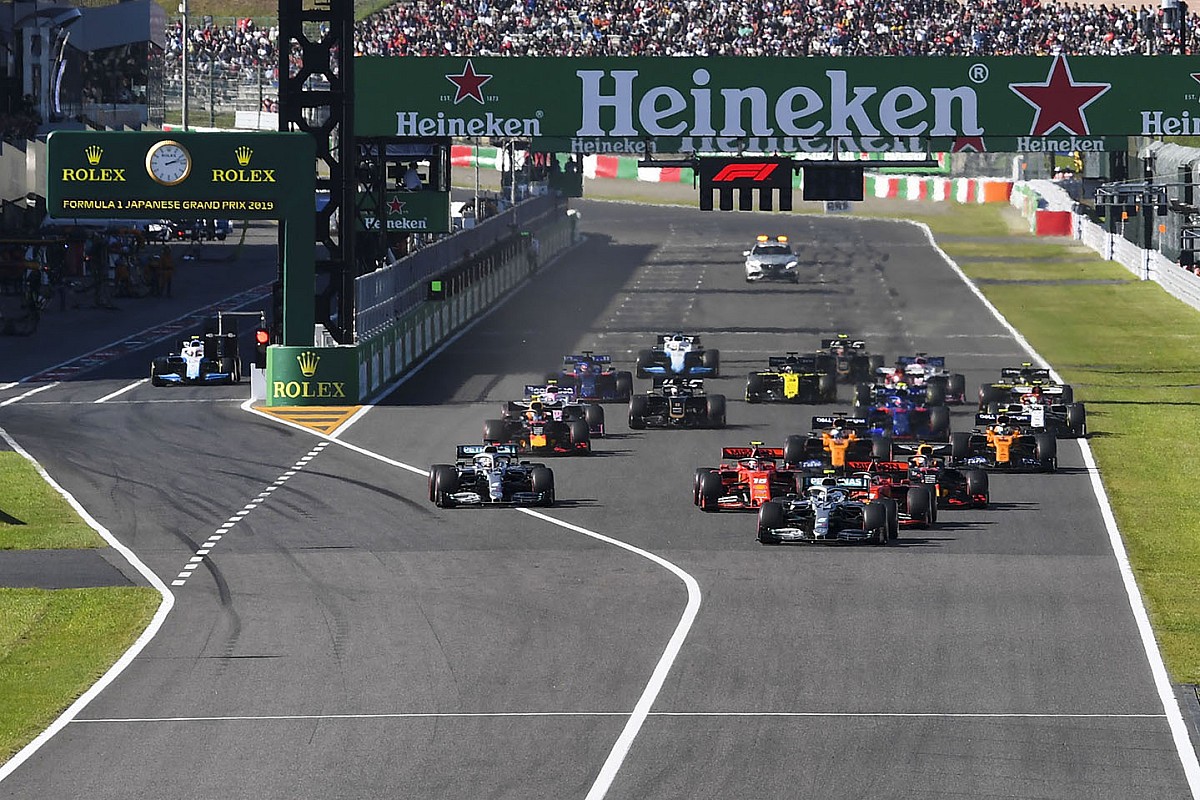 Vettel's car moved forward briefly from his pole position slot before the lights had gone out to start the race at Suzuka on Sunday.

That inching forward appeared to be in contravention of the rules which are clear that cars must remain stationary before the start lights have gone out.

Article 36.13a) of F1's Sporting Regulations states a penalty will be given to any driver who "moved before the start signal is given, such judgement being made by an FIA approved and supplied transponder fitted to each car."

The stewards later explained, however, that Vettel was not given a penalty because the movement that was detected by his sensor was within certain tolerances that the FIA allows for.

Motorsport.com understands that some movement before the lights go out has to be allowed for because of the need for drivers to sometimes make adjustments to their clutch in those crucial moments before the start.

This has been accepted practice for more than 20 years, and is fully understand and accepted by all teams and drivers.

But, what the exact tolerances for movement are – whether that is distance moved or time before the lights go out – are kept a closely guarded secret by the governing body.

That is because if teams knew exactly what they could get away with, then they would use that knowledge to try to exploit their getaways in the future.

Masi has admitted that while there may be scope in the future to use new technology to better police the starts, he is happy with the current way it is managed.

"The current system is a system we have had in place for a number of years," he explained. "I think the advent of technology has got better over the years with in-car cameras, the ability to see things better and all that.

"Is there something we can look at for the future? Absolutely. But as we sit here now, it is the determining factor that we have and the one that we use."

Masi explained that the judgement by the FIA is made purely on car sensor movement, and the approach of having some leeway is similar to when Valtteri Bottas was ruled to have done nothing wrong with his speedy getaway at the 2017 Austrian Grand Prix.

"We have effectively the signal from the jump start sensor, and it [Vettel's movement] was within the tolerances.

"Probably the best analogy for everyone would be Valtteri a couple of years ago. It was within that [allowance], and that is why that is the approved method in the regulations for it to be determined if it is or if it isn't [a jump start]."

How Ferrari threw away another golden victory chance