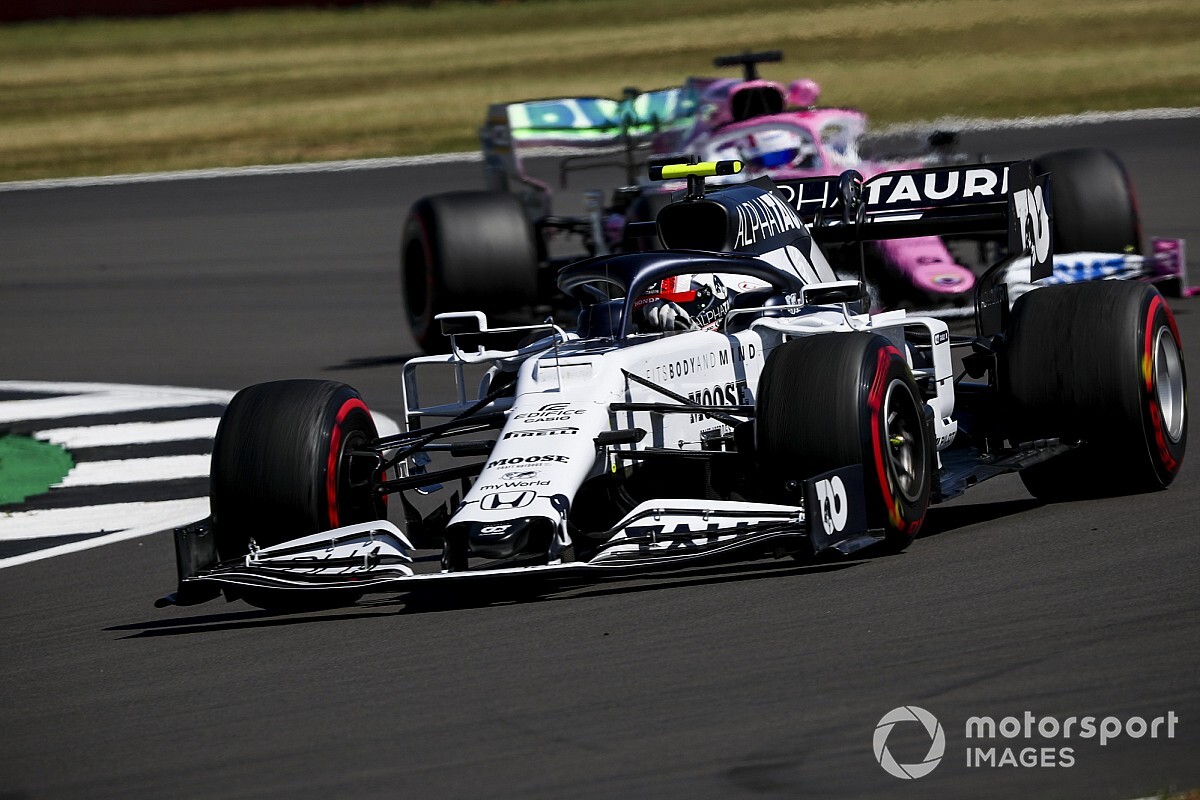 The FIA has told Formula 1 teams that it won't drop the new rule that will allow Racing Point and AlphaTauri to get 'free' upgrades for the 2021 season.

The rule specifies that teams currently using 2019 unlisted customer parts can upgrade them to 2020 spec for next year, without deploying the tokens that have been introduced to rein in development.

Racing Point and AlphaTauri are the two teams that will benefit from the rule, as they are now using 2019 parts, such as suspension elements, provided by their respective partner teams, Mercedes and Red Bull Racing.

Ferrari customer Haas already uses the same 2020 parts as the works team, and thus will not benefit.

A late addition to the 2021 FIA technical regulations, Article 22.8.5.b, reads as follows: "In the event the customer competitor has used for that TRC-H [transferable component] or FSC-H [free supply component] the 2019 specification of the supplying competitor during the 2020 season, but wishes to upgrade to the 2020 specification for the 2021 season, this change will be acceptable without the use of any tokens."

After the rule was agreed, some teams had second thoughts about it when they realised that the two teams involved can make substantial changes which could improve the form of their cars, while everyone else is restricted to using just two development tokens on one or two specific areas.

Asked about the issue by Motorsport.com last month, Ferrari boss Mattia Binotto noted: "I think that the only point on looking at next year, on which we are still debating, we are not fully happy that there are teams that eventually can upgrade their entire package from a 2019 to a 2020 package.

"That I believe would be unfair, because the season with two tokens is similar for everybody. We've got only two tokens, and everybody should be limited to that one."

However attempts by Ferrari, Renault and others to persuade the FIA to drop the rule have failed, as was confirmed in a letter sent to the teams this week by the governing body's secretary general for motorsport, Peter Bayer.

"We furthermore note that a number of teams have asked for the withdrawal of Article 22.8.5b of the 2021 technical regulations," Bayer wrote. "The removal of this article at this stage would be unfair to the planning of the teams directly affected."

He added: "While understanding the concerns of some in relation to this clause, we cannot support this request, unless of course there was unanimity among the 10 teams."

The decision is likely to further ramp up tension in the paddock over the Racing Point copying case, with rivals frustrated at the help that the Silverstone team has had from Mercedes.