The Monaco Grand Prix is the most celebrated event of the Formula 1 season, but the race can also be a cruel mistress. We look back at five occasions on which domination on the streets of Monte Carlo ultimately wasn't rewarded with victory.

Ayrton Senna is the Monaco Grand Prix record holder with six wins in the principality. The Brazilian’s Monaco record could and should have been even more impressive, with a streak of seven consecutive wins, if it hadn’t been for a curious incident on his most dominant weekend of all.

Senna was virtually untouchable during the 1988 Monaco GP. On Saturday he set pole with a scarcely-believable gap of 1.4s on McLaren teammate Alain Prost and 2.6s on Ferrari’s Gerhard Berger. He later described his lap as a spiritual experience, during which it felt like he wasn’t consciously driving the car himself.

Senna was also in a class of his own in Sunday, helped by the fact that Prost got stuck behind Berger at the start. When the Frenchman finally managed to overtake the Ferrari, the gap to Senna had already ballooned to 50 seconds. Senna was told by team boss Ron Dennis to slow down and bring home the win, but that seemingly broke the Brazilian’s rhythm.

On lap 67 of 78, Senna lost concentration and understeered into the outside barrier at the slow Portier right-hander, perhaps the least challenging corner of the circuit. Despondent, Senna jumped out of the car and headed straight to his Monaco apartment without talking to the team until later that evening. 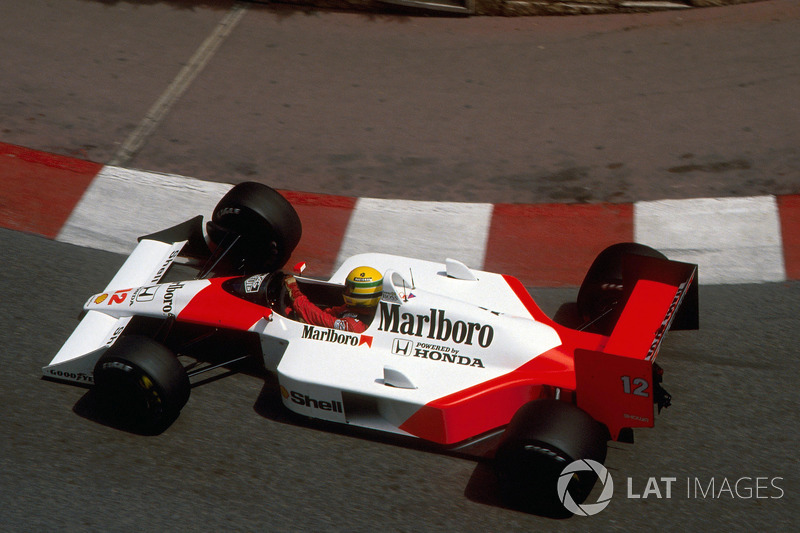 While 1988 was the one that got away for Senna, he made up for it by a somewhat fortuitous win in 1992. With the help of their dominant Williams FW14B, Nigel Mansell and Riccardo Patrese had knocked the Brazilian off the front row.

Senna passed Patrese at the start, but was powerless to stop Mansell, just like he had been in the previous five races. Mansell looked on course to break Senna’s winning streak in Monaco until he was forced to pit with just seven laps to go by a suspected puncture, which was later said to be a loose wheel nut. Mansell came back out seven seconds behind Senna, who couldn’t believe his luck.

On fresh tyres Mansell almost immediately closed the gap and set up an intense final three laps. Senna had to produce some of his smartest defensive driving to keep the Briton at bay and secure his fifth Monaco win. 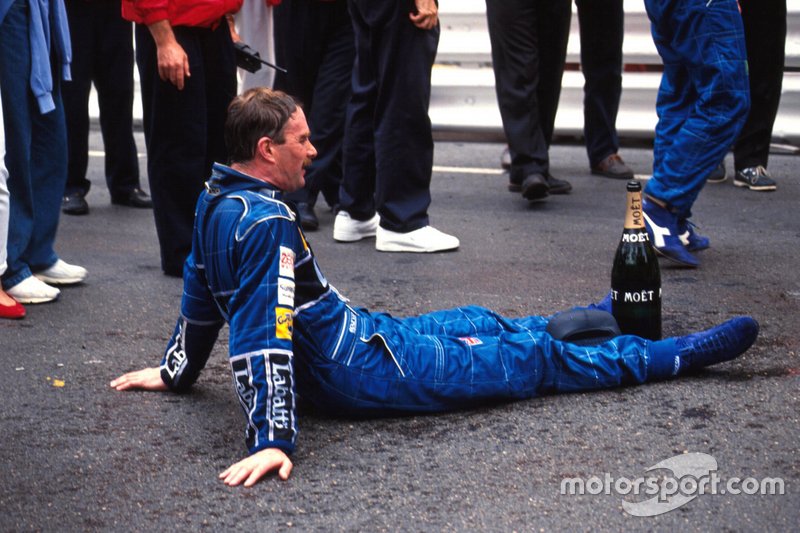 Just like Senna, fellow great Michael Schumacher found plenty of success in Monaco, but despite taking his five wins in the span of just eight years, Schumacher never managed to win more than two Monaco grands prix in a row.

For Schumacher the 2000 edition of the race was the one that got away. Schumacher dominated the race from pole for Ferrari, while most of the main contenders disappeared either via accidents or reliability issues.

Schumacher was a full pitstop ahead of David Coulthard when on lap 55 his exhaust failed, which then broke his Ferrari's suspension. That allowed Coulthard to wrap up the win by 15 seconds over Rubens Barrichello in the second Ferrari. 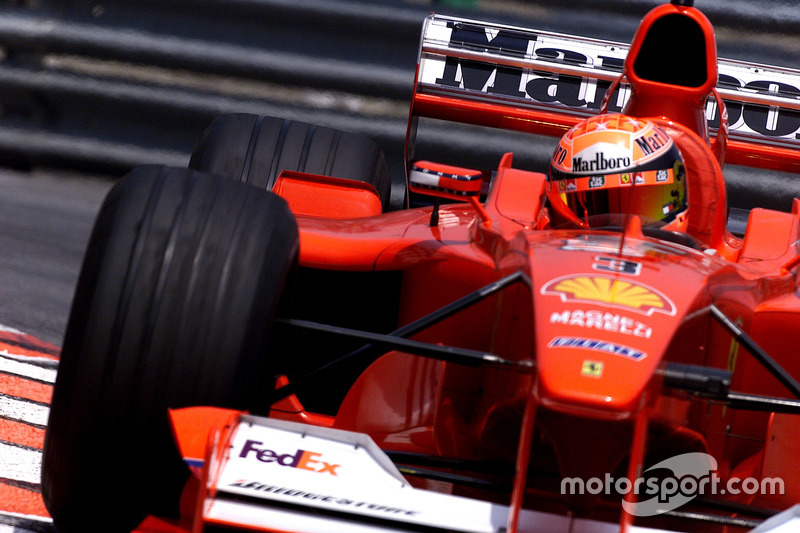 The 2015 edition of the Monaco Grand Prix was utterly dominated by Lewis Hamilton. Hamilton took pole and comfortably sped away from his nearest pursuer, Mercedes teammate Nico Rosberg, and Ferrari's Sebastian Vettel.

Hamilton was leading by 19 seconds when the safety car was called out for Max Verstappen's collision with Romain Grosjean. Mercedes opted to bring Hamilton in and get a free tyre change. Unfortunately for Hamilton, the team miscalculated the time it would take to get the world champion back out, and Hamilton would drop to third behind Rosberg and Vettel.

“I've lost this race, haven’t I”, a despondent Hamilton uttered on the radio. Indeed he did, because despite his fresher tyres there was no way past for Hamilton on the narrow streets of Monaco. Instead, Rosberg took his third straight win in Monaco, the first driver to do so since Ayrton Senna. 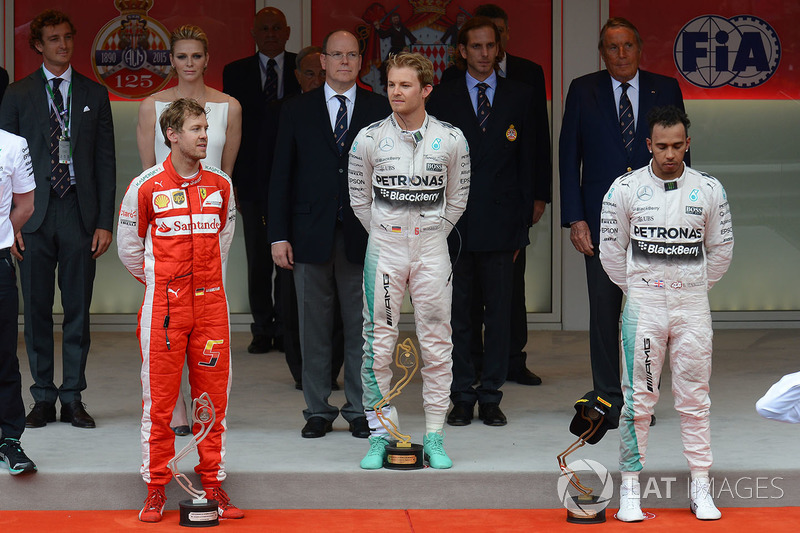 Podium of the 2015 Monaco Grand Prix

The most recent entry on this list is Daniel Ricciardo’s famous heartbreak at the 2016 edition. Ricciardo took his first ever pole on Saturday in the Red Bull and looked on course for a measured win in a wet-dry race.

All his hard work came undone at the pitstop, when it appeared Red Bull didn’t have the right tyres ready. Ricciardo was stuck in the pits for 40 seconds and lost the lead and win to Mercedes driver Hamilton.

Ricciardo was gutted by the lost win in the principality, which stung even more after recent events. In the previous race in Spain, Ricciardo inherited the lead when both Mercedes drivers crashed into each other, but due to a wrong strategy call he dropped back to fourth, where he would finish after a tyre blowout, while new teammate Verstappen won the race.

"Two weekends in a row, I've been screwed now,” a raging Ricciardo said. "It sucks. It hurts." 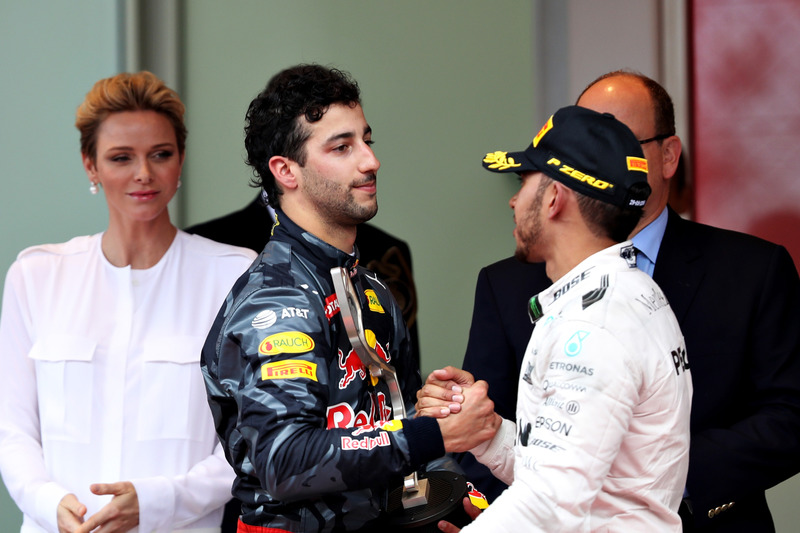 Daniel Ricciardo and Lewis Hamilton on the podium