Five things we learned from the Russian GP 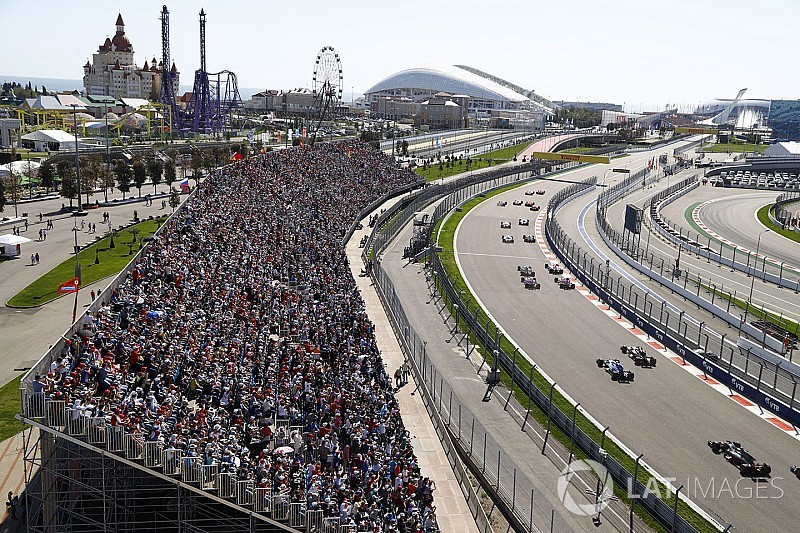 Motorsport.com’s Global Editor-in-Chief Charles Bradley gives his views on a slow-burning Russian Grand Prix that only came to life in the closing stages. 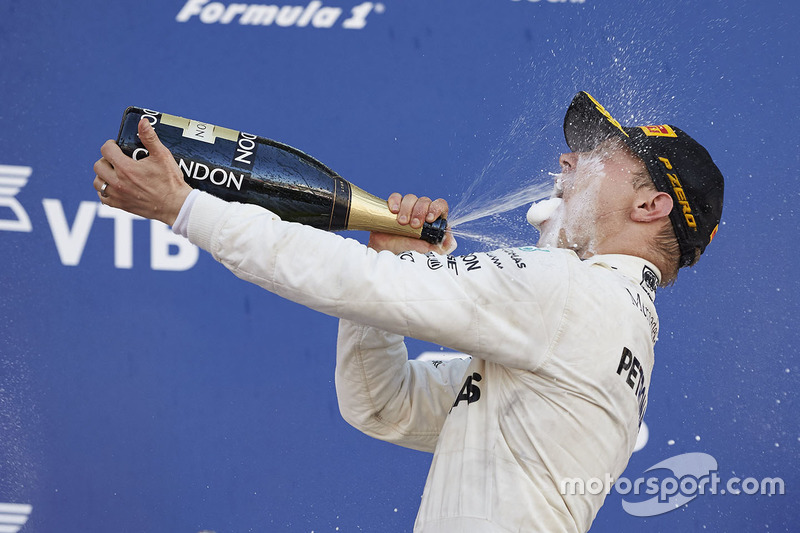 Valtteri Bottas became the fifth Finn to win a Grand Prix on Sunday, and without wishing to resort to racial stereotypes or pigeonhole drivers, it will be interesting from here to see what kind of potential he can fulfil.

Might he be, as a colleague quite cruelly suggested to me, like Heikki Kovalainen? A one-hit wonder, in terms of Grand Prix wins. Elevated to a team that he couldn’t quite live up to, and then quietly fade away down the grid and into relative obscurity…

Might he be like Keke Rosberg or Kimi Raikkonen? And enjoy a rich, long-lasting F1 career and claim a World Championship when the cards fall his way.

Might he be like Mika Hakkinen? A multiple World Champion, and someone who could genuinely challenge the very best the sport has to offer – and beat them.

No, he’ll be Valtteri Bottas. Judge him on his own merits – it’s way too soon to compare him to Mika.

Bottas seemed almost embarrassed that it had taken 81 starts to win a race. But to do so after just four races in a winning-capable car ticks the right box for me.

Now that he’s popped his cherry, despite that worrying moment when he locked up while under pressure from a charging Sebastian Vettel, expect the next one to be a little bit easier.

And expect the 'number-two driver' talk to go away for a while, too.

2: Ferrari puts Mercedes in the shade on raw pace 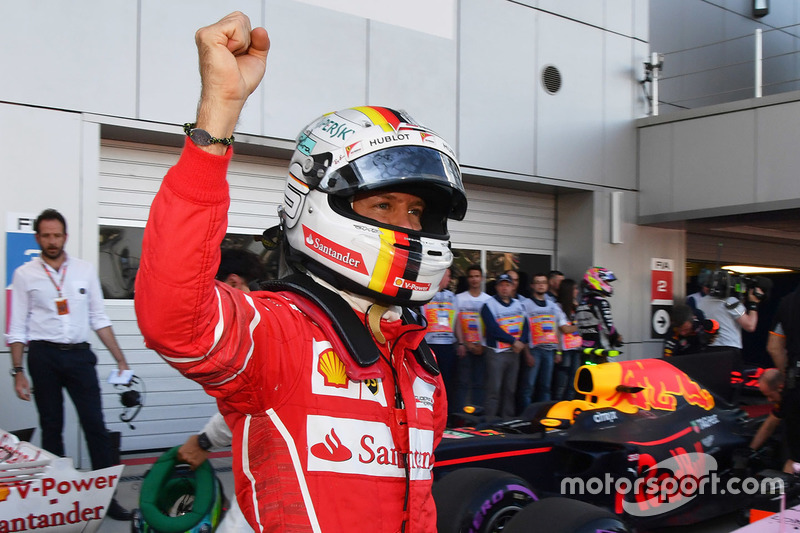 Kimi Raikkonen – so often referred to as “F1’s fastest driver” a decade ago – came close to ending his pole position drought that has lasted since the French Grand Prix of 2008.

So it was slightly ironic then that Sebastian Vettel fractionally pipped him, and instead all the headlines were about the first all-Ferrari front row since that self-same race nine years ago.

The true significance is that Ferrari has genuinely turned a page of its performance handbook in F1 this year. It has shown signs of this, right from testing, but here was conclusive proof that it could cane Mercedes on raw qualifying pace – and not just with one car.

Ferrari seems to have a far better handle on tyre useage than ever before in the Pirelli era. Its engine modes and energy deployment even seem to be a match for the Three-Pointed Star at last too.

This is game afoot between F1’s top two teams, and it's going to be fun from here.

3: Renault’s engine is no match for Mercedes nor Ferrari 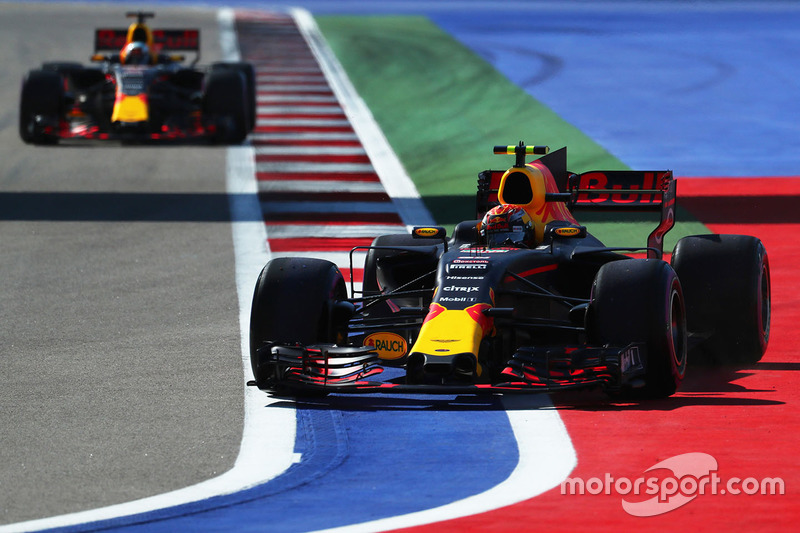 The FIA declared over the Russian GP weekend that F1’s top three engine manufacturers – Mercedes, Ferrari and Renault – were all, theoretically, within 0.3s of each other around a lap of Barcelona. And, as discussed above, it seems that Mercedes and Ferrari are indeed closely matched.

Cue derision to this declaration from any driver with a Renault powerplant: “We are definitely not closer than half a second compared to Mercedes, especially in qually,” said Toro Rosso's Carlos Sainz. “In the race it's not that bad, but in qually the Mercedes engine has half a second or more.”

Red Bull team principal Christian Horner went a step further when he claimed the convergence analysis was flawed, as it discounted full-power modes.

Indeed, the closest a Renault-powered car got to a Merc or Ferrari in qualifying at Sochi was 1.138s. And that can’t all  be down for a recalcitrant Red Bull chassis, can it?

4: Alonso will be glad to fly away to Indy 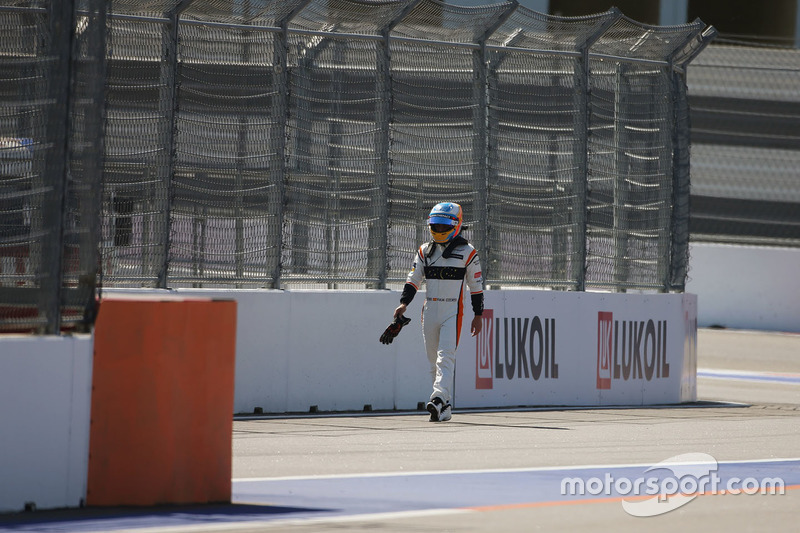 “Get that man a deckchair!” Poor Fernando Alonso was reduced to the role of spectator again, this time for the entire Russian Grand Prix.

You can only imagine what he was thinking while he watched Bottas claim his first Grand Prix win, while he seems further away than ever to adding to his tally of 32 victories.

At least he’s now got his Indianapolis 500 odyssey to immerse himself in for a while, turning his first laps of the fabled Brickyard this week, before returning to his home Grand Prix in Spain in a fortnight.

5: Get used to less overtaking 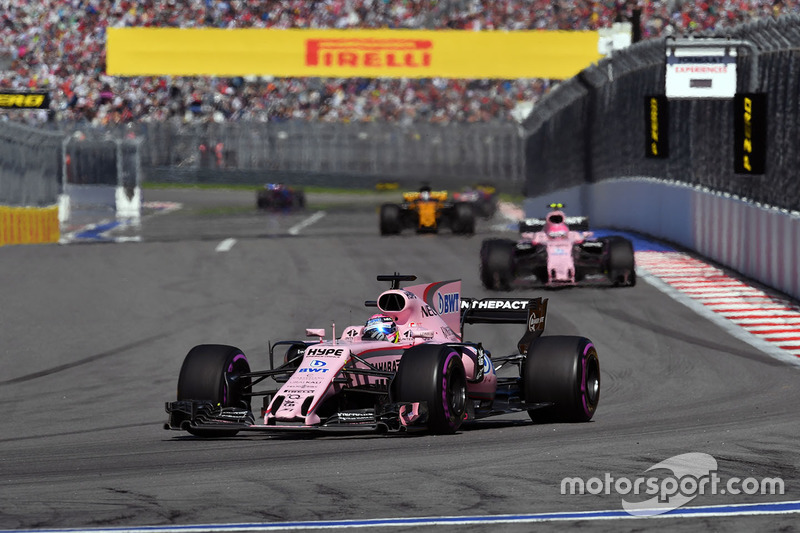 Although the thrill of the chase for victory in the closing laps of the Russian Grand Prix certainly grabbed our attention, it’s fair to say that the previous 40 laps around Sochi had been pretty dull fodder (maybe only the fashionably-late Vladimir Putin had got the memo about that).

Whether many teams had erred in the amount of cooling they’d allowed for, as many seemed to be struggling with the temperatures of their cars, there seemed little chance of cars getting close to each other, never mind passing.

In fact, Vettel getting within 0.6s of Bottas by the finishing line was probably as close as anyone got all day.

And it’s Barcelona and Monaco up next, neither of which promise a huge amount of overtaking opportunity. So brace yourselves for more of the same…