What next in Force India's fight for survival?

The process of finding a buyer for Force India is only the first challenge in a crucial few weeks for the Formula 1 team.

Force India went into administration at the end of July with the administrators, from FRP Advisory LLP, now working to find a buyer.

Motorsport.com understands that process should accelerate swiftly with a target deadline for interested parties to submit a bid passing on Monday afternoon (UK time). 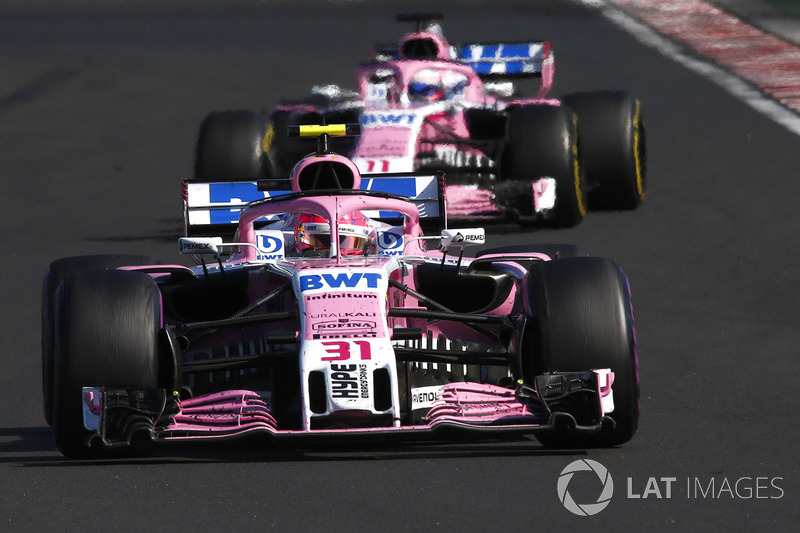 What is happening now?

The process of finding a buyer is not expected to be a protracted period given the administrator is incurring the running costs at present and multiple parties are believed to be interested.

Billionaire racing fathers Lawrence Stroll and Dmitry Mazepin and a brace of US consortiums have been linked to the team, with a British firm also claiming to be in the picture.

Force India also has millions in outstanding debt, mostly to minority creditors like Mercedes (owed more than £9million), and this will need to be factored into any deal.

Mercedes may need a commitment to their full debt being paid off to transfer its engine contract to the new company, or it could consider the survival of the team, and what it offers long-term, sufficient or partial compensation.

The cash value of any bid will be a key consideration. Offers to take on parts of Force India’s debt are not insignificant, but there are multiple creditors who must be treated fairly.

That means a higher cash offer, which can be split around multiple creditors, would likely be prioritised over a smaller cash offer that is complemented by a commitment to one specific creditor. 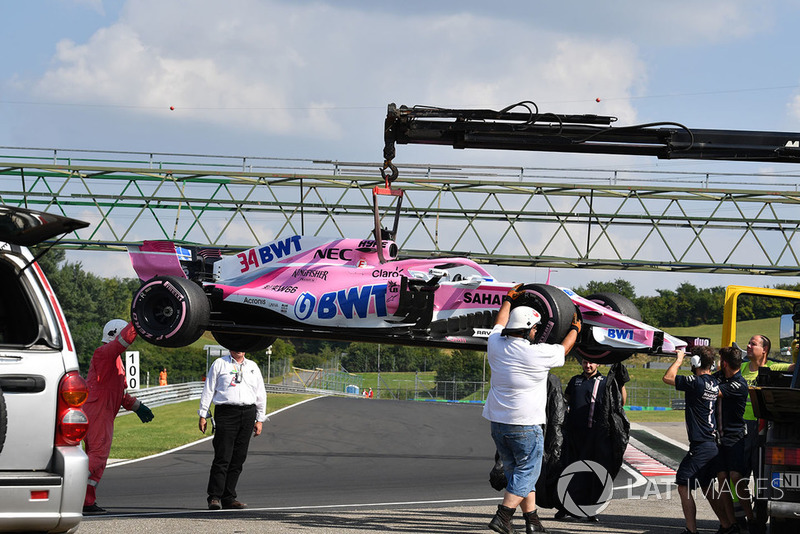 The car of Nikita Mazepin, Force India VJM11 is recovered

With a loose deadline of today applied to bids, the situation should progress quite quickly: either a credible bid will be lodged and the administrator will work on that, or it could pull the plug if it deems there is no sale in sight.

The administrator will likely be using the company’s cash to cover costs at present so it will not want the process to linger. If interested in exploring a bid, the administrator will keep the team going at a minimum possible cost while the finer details are established.

Force India is owed a considerable amount (up to $72m) from F1 for its results over the past two seasons. However, a team emerging from administration will be owned by a new entity and it can only obtain the commercial rights accrued by the original team if all other entrants agree.

It emerged last week that McLaren, Renault and Williams had presented a stumbling block to this in a bid to make a point to F1 bosses about what they perceive to be the increasing political power of Mercedes and Ferrari.

So, if the administrator proceeds with a bid, securing consent for Force India to keep its eligibility for prize money, as well as approval from Mercedes to transfer the engine contract to the new company, and drawing up a sale contract will be the next courses of action. 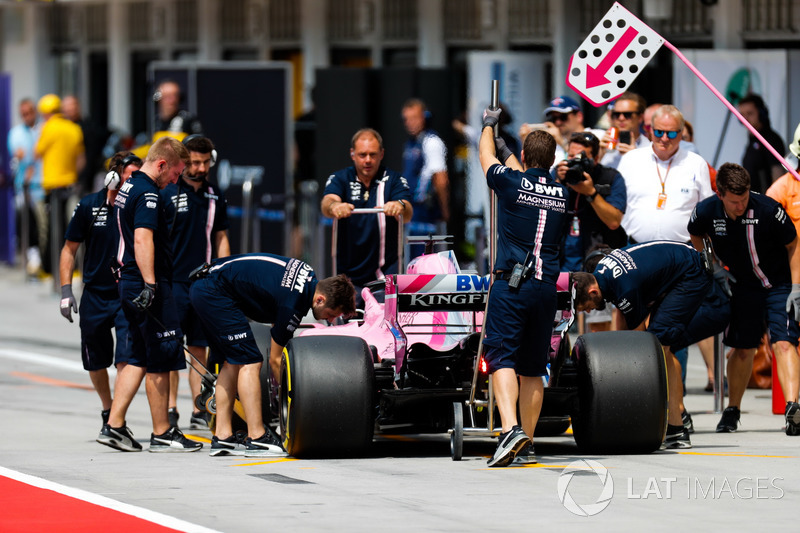 What will the impact be?

If Force India quickly emerges in business, it will be in a position to challenge for a top-five championship finish over the rest of 2018.

However, a protracted negotiation carries two major short-term risks even if the team continues.

Force India has built a reputation of doing a lot with a little, but chief operating officer Otmar Szafnauer and technical director Andrew Green need to ensure that effective, efficient team does not get split apart during this period of uncertainty.

Linked to that is the design team has had updates ready for production for some time, but because of its financial squeeze it has been unable to introduce them to its car in recent weeks.

This has been a recurring theme for Force India all season and it has escalated to a point where several tenths of performance are there on the design table but cannot be put into reality.

The quicker the process is resolved, the quicker upgrades can be actioned: no development work will be carried out while it remains in administration given the need to keep running costs at a minimum.

This will play a vital role in Force India’s season: it trails fifth-placed Haas by just seven points, while Renault is 23 points ahead in fourth, but McLaren is only six points behind.

Force India will also be able to turn its attentions to firming up its 2019 driver line-up.

Mercedes junior Esteban Ocon was expected to leave Force India for Renault, but Daniel Ricciardo’s surprise move has torpedoed that.

This means Ocon could remain at Force India, but Lance Stroll has been linked with a move to the team – linked to his father’s possible investment – and Sergio Perez is also in the frame.

Further down the line, development driver Nikita Mazepin may emerge as an option for a race driver, but he is not a contender for a 2019 seat as he will not have the necessary superlicence points. 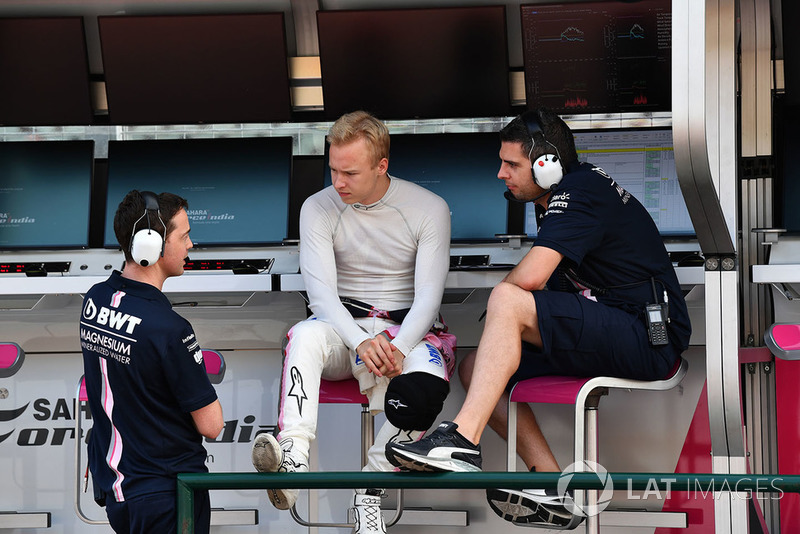