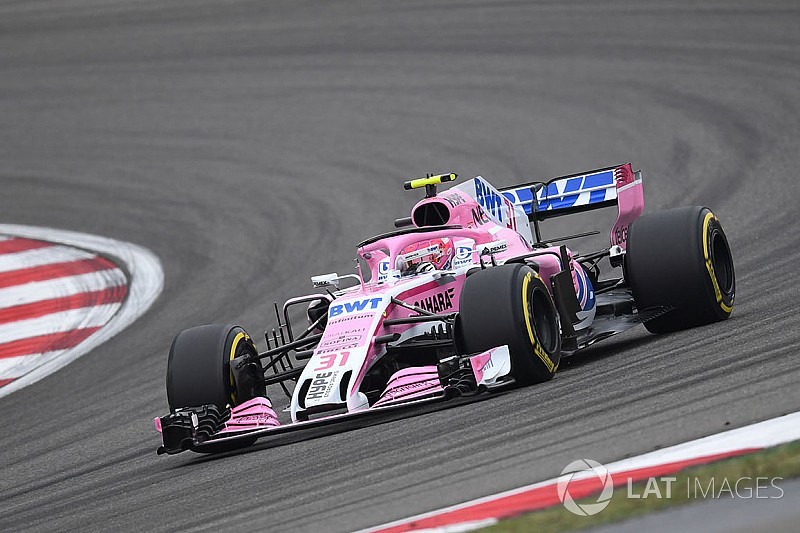 Force India has admitted its new Formula 1 car is being held back by a "fundamental" problem that is affecting its balance in corners.

The Silverstone-based outfit has had a difficult start to the season as it has been chasing a cure for the issue that first emerged in pre-season testing.

After initially doubting what the team's data was telling it from the tests, however, it was only ahead of the season opener in Australia that it fully realised the trouble it was in.

When asked by Motorsport.com about when the team was aware of its issue, technical director Andy Green said: "It started probably between the Barcelona tests and Melbourne.

"We were a bit dubious about the data we were receiving, whether it was real or not, and then we needed to perform more tests on the car and some additional logging on the car, instrumentation, to see if it was a real phenomenon or not.

"Everything we have seen so far suggests it is real, so we have been attacking it to try to instigate a change. But as of yet we have yet to make any real inroads into it."

Green said the early indications of what he refers to a a "fundamental underlying issue" pointed to its CFD and wind tunnel data not aligning with how the car has performed in the real world.

"It is not a tunnel issue, it is a full-size issue," he said. "It doesn't match tunnel or CFD. The tunnel and CFD match, but unfortunately they don't match reality."

Green said that the fluctuating balance at the rear was also making it difficult to evaluate other car parts, like the new front wing that arrived in Bahrain last weekend.

"We are still very confident that the front wing does what we wanted of it," he said. "But it was designed to go with a car that generates more rear load which we don't have at the moment.

"Once that load appears and you put the wing on, that generates even more rear load so it is a double whammy. That is why we are very keen to break into it.

"It is incredibly difficult to judge [the potential of the car] because the tyres come into it massively. It is not just an aero load, it is a tyre management problem as well. It is very difficult to manage the rear tyres when you have a fluctuating rear load."

Green said he hoped that an update being planned for next month's Spanish Grand Prix would help cure the problem.

"I am hoping we will have something that will attack it head-on Barcelona time," he said.

"There is definitely a solution there. What we are trying to do is find a quick solution.

"So it takes a bit longer to try to do it with the resources we have and the car we already have. It will take a couple of races I think."

However, he said that the issue at the rear could be more serious and down to its car concept choice for 2018.

"It may be a fundamental change that we made over the winter that we need to backtrack on," he said.

Renault Sport chief technical officer Bob Bell said it was "surprising" how far back teams like Force India and Williams were this season.

However, he said that if the the problem is aerodynamic there is no reason those teams could not recover ground if they discover the cause.

"These cars, from an aerodynamic point of view, are designed to run pretty close to the edge of performance," Bell said.

"Sometimes you can push it a little too far and the wind tunnels or CFD don't tell you the truth. And you just go over the edge.

"When you discover what that is and you fix it you can take quite a step forward."

Ricciardo "struggled" with ultrasofts in China