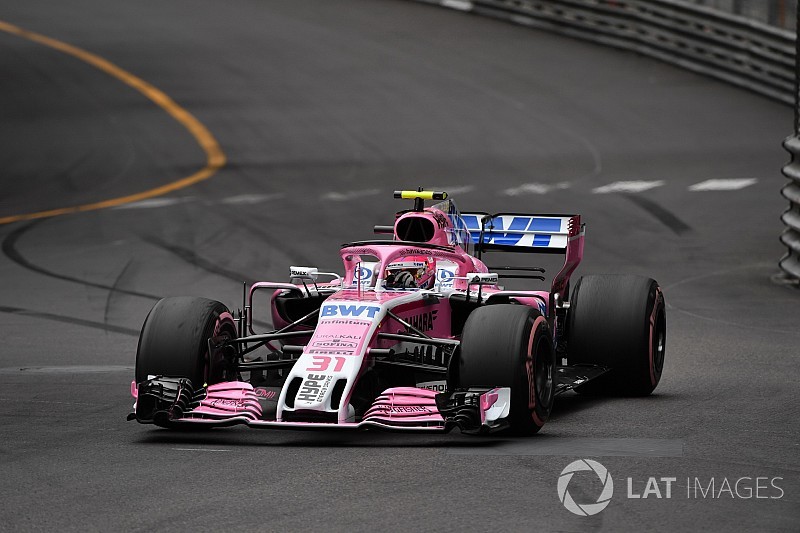 Force India is confident of a strong showing in this weekend’s Canadian Grand Prix after an upward trend in results in recent Formula 1 races.

Correlation issues put Force India on the back foot at the start of the season, with lack of rear grip being the biggest weakness of the VJM11.

However, recent developments have put Force India on the right trajectory, with the Silverstone-based outfit scoring 25 points in the last three races compared to just one in the previous three.

Ocon, who secured his season-best result of sixth at Monaco, expects the team to carry forward the momentum to Montreal, a track where it has traditionally performed well.

“I am feeling very happy after Monaco. It’s great to finally get a good result after a few difficult races and I feel my season has only truly started now,” he said.

“We have taken some good steps forward since the start of the season and I am looking forward to more races like the one we had in Monaco.

“Last year we had a really good weekend in Montreal, fighting with the Ferraris and coming away with a good result. We seem to do well on tracks like this so hopefully we can continue to score points and keep our momentum going.”

Vijay Mallya, who recently stepped down as team’s director but continues to remain principal, hailed Force India’s early-season development pace - citing it as the prime reason for Montreal optimism.

“We prepare for Montreal feeling confident of another strong showing. I remember our performance there last year and I think we will be competitive again,” he said.

“Esteban is on a high after his excellent drive in Monaco and we’re starting to score some good points. I’m pleased with the car developments we have made recently.

“We got both cars into Q3 which shows the progress we have made bringing more pace to the car. Montreal has traditionally played to our strengths so there’s plenty to be optimistic about as we head to Canada.”

Montreal key to future use of hypersoft, says Pirelli