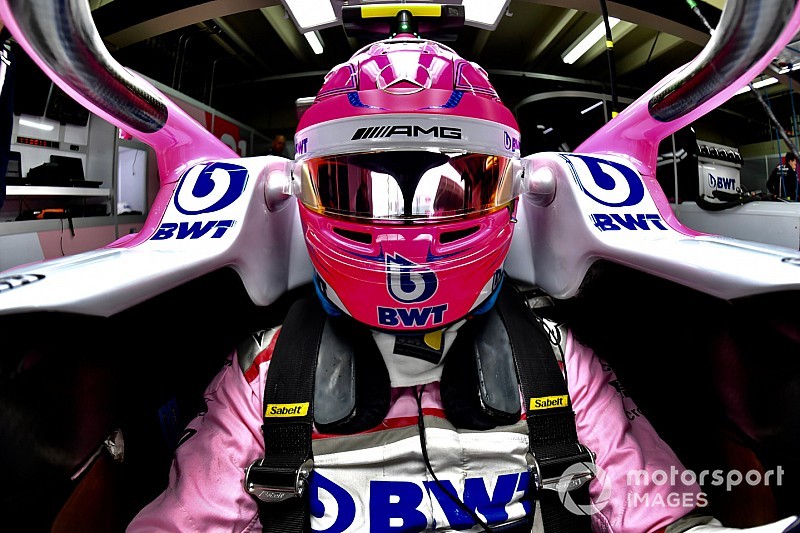 Esteban Ocon will take a grid penalty in the Brazilian Grand Prix as the Racing Point Force India Formula 1 team has opted to change his gearbox.

The change is understood to be precautionary and based on data observed during the previous race in Mexico. It will trigger a five-place grid drop because Ocon finished the Mexican GP, in 11th, and his gearbox has not completed six races.

Ocon was 10th-fastest at the end of Friday practice at Interlagos, where his team is trying to score enough points to overhaul McLaren for sixth in the constructors’ championship.

McLaren holds a 15-point lead after Ocon’s team-mate Sergio Perez retired from the Mexican GP, a double-whammy for Force India as it elevated McLaren’s Stoffel Vandoorne into a higher points-paying position.

Ocon is not the only driver to have a gearbox change in Brazil, but the others are all penalty-free.

Lewis Hamilton, Lance Stroll and Kevin Magnussen move onto a fresh ’box after completing six GPs with the previous unit.

Daniel Ricciardo and Carlos Sainz Jr retired in Mexico so are able to take a new gearbox without sanction. Ricciardo will take a five-place penalty, however, for taking a new turbo.