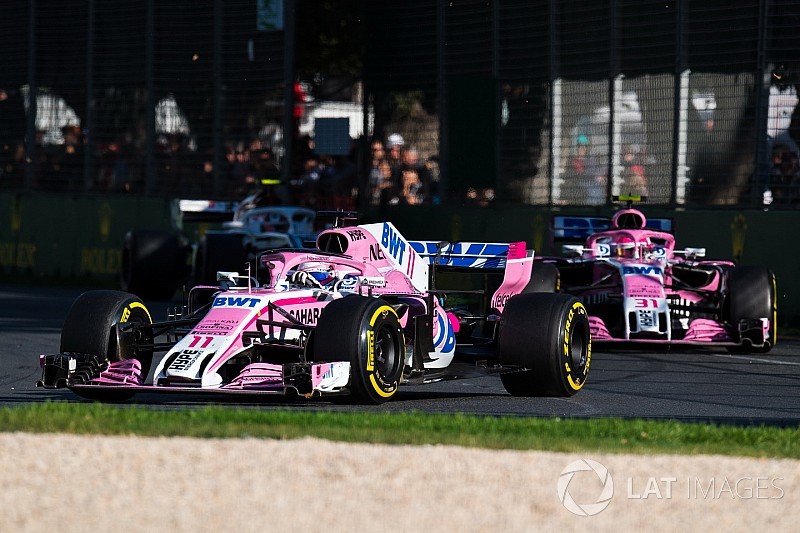 Force India missed out on a Formula 1 points finish at the season-opening Australian Grand Prix, bringing an end to a top 10 streak that stretched to 14 races.

Neither Sergio Perez nor Esteban Ocon was able to make much headways after a poor qualifying session, crossing the chequered flag in 11th and 12th place respectively in a race that saw only 15 finishers.

It was Force India’s first non-score since last year’s Monaco Grand Prix, where both Perez and Ocon had to make extra pitstops due to crashes or punctures.

Force India had brought a major upgrade to Melbourne, but drivers felt that it was simply not enough to guarantee a place inside the top 10.

“It was quite an unlucky weekend for us, but there are still positives to take from this race. We came close to bringing home a point although it was just out of reach,” said Perez.

“I was pushing throughout the whole race and especially chasing Sainz in the final laps. I got really close to him, but it wasn’t enough.

“Overtaking in Melbourne is very difficult – you could see the same with Bottas who couldn’t pass me during the first stint.

“The Virtual Safety Car also didn’t help us at all, but that’s just how things go sometimes. I am still happy with my performance and the job we did as a team.”

Ocon, who managed to overtake Williams’ Lance Stroll on the opening lap but had to give way to an out-of-position Valtteri Bottas, echoed Perez’s statements, saying Force India has its work cut out to return to points contention.

“Not an easy race today. It was very difficult to overtake and even though I managed to jump ahead of Lance [Stroll] on the first lap, everybody quickly spread out until the safety car,” he said.

“I had a fight with Bottas for a while and after the safety car restart I was close to making a move on Sergio. We certainly had better race pace compared to our qualifying pace, but we are just missing some performance to be up there in the top ten at the moment. “

Force India’s deputy team principal Robert Fernley, meanwhile, has vowed to return stronger at the next round in Bahrain, promising a further update to the VJM11 in two week’s time.

“We’re on a learning curve with the developments we introduced this weekend and there’s more in the pipeline for Bahrain,” he said.

“Both drivers drove well today, but the luck didn’t play into our hands with the timing of the safety car, for example.

“Following other cars closely was tough and Sergio was right on the tail of Sainz in the final few laps but there was no way to overtake. We will work hard to be stronger at the next race in Bahrain.