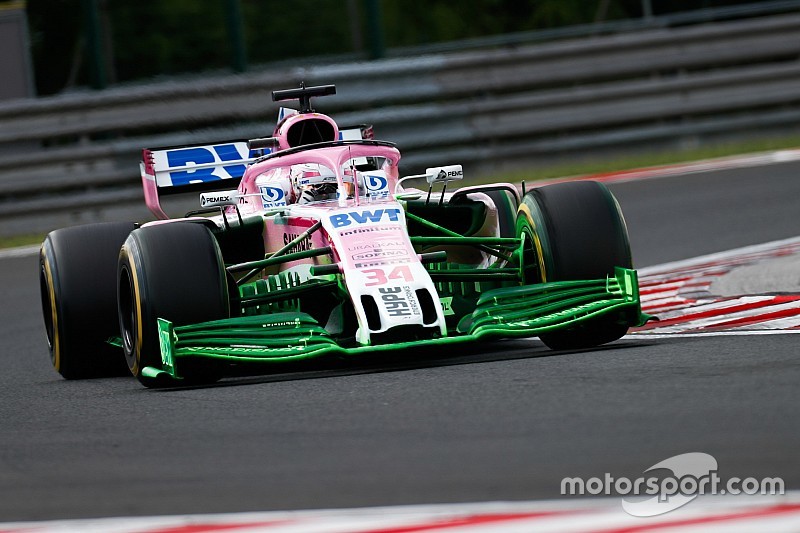 Force India chief operating officer Otmar Szafnauer says the team will be able to bring updates to its Formula 1 car as soon as its ownership situation becomes clearer.

The team went into administration last Friday, ahead of the Hungarian Grand Prix, after action brought against it by its driver Sergio Perez.

Force India has had designs ready for production but because of its financial squeeze it has been unable to introduce them to the car in recent weeks.

Inevitably that has impacted form, and while it feared Hungary would not be its strongest track of the season, Esteban Ocon and Sergio Perez logged its joint worst results of the year with 13th and 14th.

Szafnauer told Motorsport.com after the Budapest race that when the team emerges from administration under new ownership, the potential influx of funding will enable it to go ahead with production of updates.

These should then be introduced for the final part of the season.

“Finishing 13th and 14th isn’t great,” he said. “We weren’t that far off, maybe two to three tenths off some of the midfield runners.

“But we just didn’t have the pace. We’ve got to bring some more updates, and then we’ll be faster and hopefully we’ll be able to do that.

“The designs are done, so it’s just a matter of paying suppliers to start building the tools and making the car parts.

“It doesn’t happen overnight, but we’ll be able to implement those plans.

“We should be able to have some good updates, hopefully significant ones, but only time will tell.”

Despite Force India’s financial struggles this season, the team is still sixth in the constructors’ championship.

It trails fifth-place Haas by just seven points, while Renault is 23 points ahead in fourth place, where Force India has finished the last two years.

However, Force India is only seven points ahead of McLaren, which means progress will be key if it is to avoid slipping back - which would have significant consequences further down the line when it comes to F1 paying teams for their championship results.

At the penultimate race before the summer break, Force India technical director Andrew Green said he believed Force India was still in the fight for fourth but needed to bring upgrades.

“There are a few teams in that portion of the grid who seem to be just swapping places and alternating the scoring of points,” said Green.

“It could take one extraordinary race to push someone out of reach or another team into contention, it's that sort of level of competition at the moment.

“It’s still an arms race. If you bring new bits to the car and your make it go quicker you move forward.

“If you don’t bring new bits to the car you go backwards, because everybody is.”