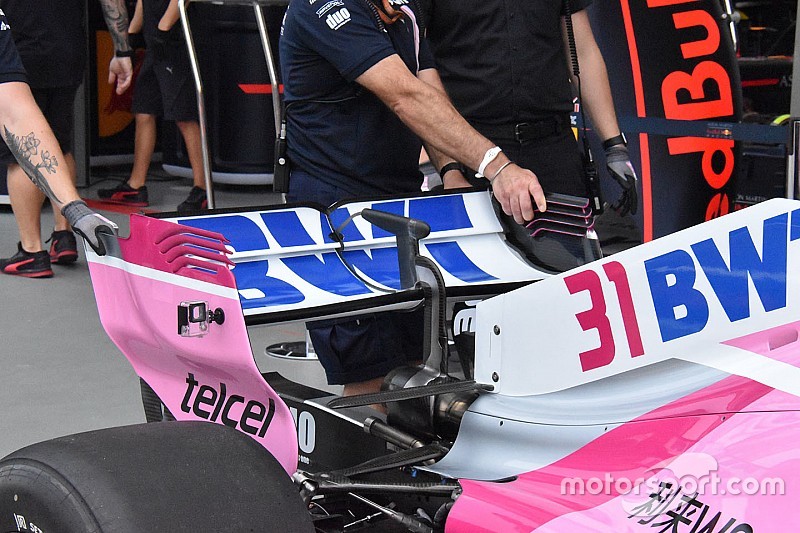 Force India has revealed a major update to its Formula 1 car at the Singapore Grand Prix, as the team bids to continue its recovery up the standings.

After the uncertainty of the summer when the Silverstone-based outfit was put in administration, its takeover by a consortium led by Lawrence Stroll has put its development programme back on track.

And amid its push for points, the team revealed major changes to its car in Singapore on Friday that it hopes will help its challenge. 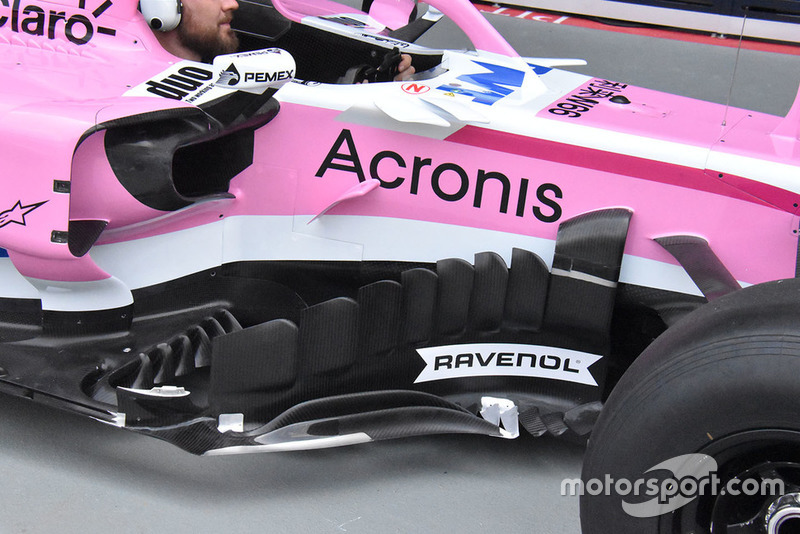 The changes include revisions to the front wing, plus as can be seen above new mirror mountings. Also, the leading edge of the vertical element has been pushed back and arched over to meet chassis. The footplate serration has been tweaked and the number of floor strakes doubles from three to six. 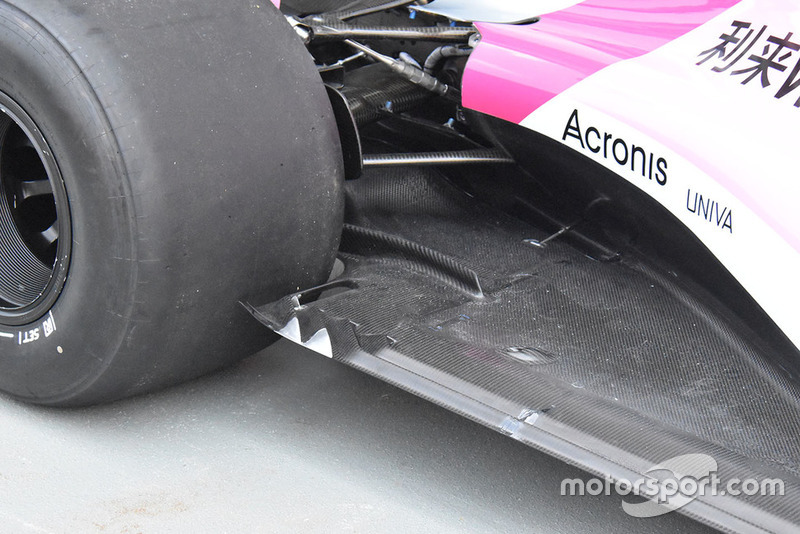 Ahead of the rear tyre, the floor edge has been upturned and a small flap added above. The team has also closed off the edge slots and made them fully enclosed holes (metal work), as the new regulations permit.

The team is also running a new diffuser that should be especially useful for the high-downforce Marina Bay circuit. 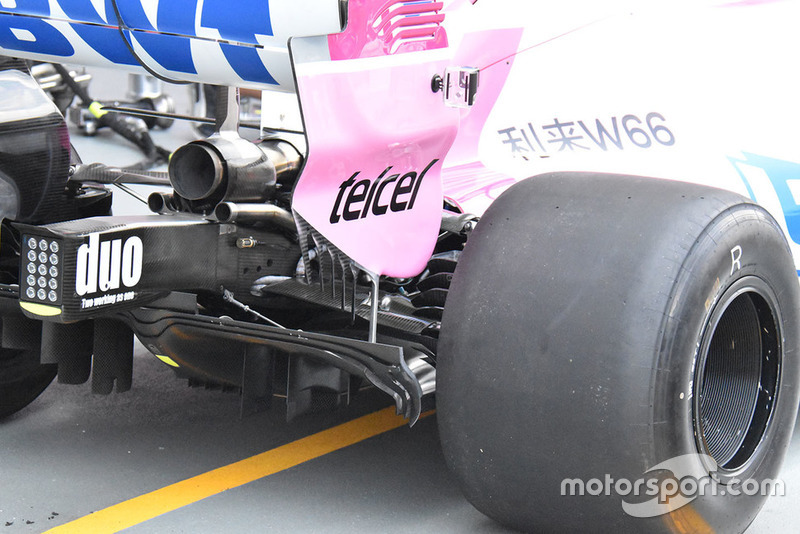 Sergio Perez thinks the updates are essential for Force India, which is now seventh in the constructors' championship standings – 20 points behind McLaren.

"Basically now is the time that we have to deliver," said Perez. "We are quite optimistic about the upgrades.

"Generally, Singapore is not the greatest track for us. So hopefully we can be competitive this weekend and score a lot of points with both cars." 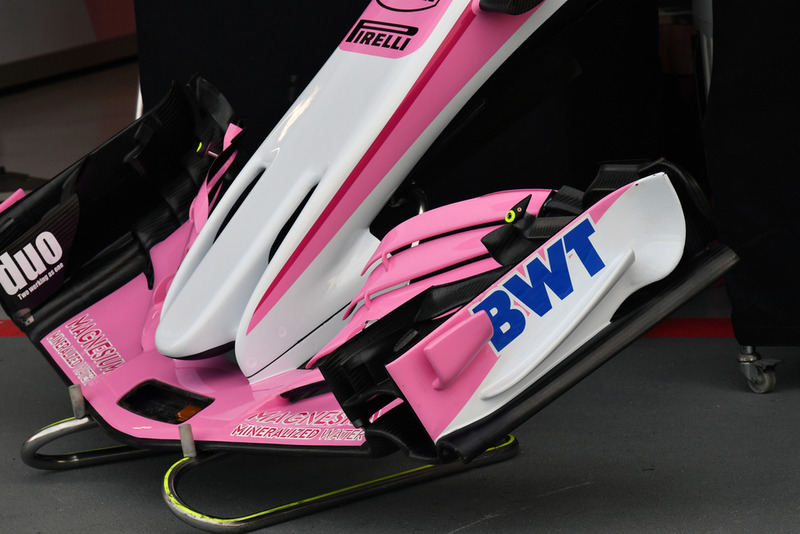 Perez thinks it would be incredible if Force India manages to overhaul McLaren.

However, he says he is more interested to work out at the end of the season where Force India would have finished if its had not had its points up until the Belgian Grand Prix wiped away.

"It would be amazing if we manage to beat McLaren before the end of this season. Really amazing," he said. "But to me, that's irrelevant.

"To me, I want to do my calculation after Abu Dhabi, how many points we've scored this year and if we finish fourth or not. That's very easy mathematics to do. That's my biggest target to theoretically finish fourth at the end of the year."

If Force India had kept its 59 points from the first half of the year, it would currently be fourth in the standings on 91 points – which is five ahead of Renault.