Red Bull team boss Christian Horner hopes rival squad McLaren can recover from its present "turmoil" because Formula 1 "needs McLaren to be performing" given its history.

McLaren is F1's second most successful team in terms of race wins and championships, behind only Ferrari, but hasn't scored a podium since the first race of 2014, hasn't won a race since 2012, and hasn't won a title since 2008.

After three disastrous seasons with works Honda power, McLaren switched to Renault customer engines for 2018 but has languished well off the pace of Red Bull, which has won three races with the same engine.

McLaren scored 40 points over the first five races, but has since added only 12 more and has undertaken a major overhaul of its technical team amid serious struggles for qualifying speed and difficulty understanding why this year's car has produced less downforce than its predecessor.

The team will lose its star driver Fernando Alonso at the end of 2018, the Spaniard replaced by compatriot Carlos Sainz.

Next season, Red Bull will take on the works Honda engines McLaren ditched at the end of '17 as it bids to end its own championship drought stretching back to 2013, and Horner believes it is important for F1 that McLaren eventually turns around its long slump.

"McLaren is a great team," Horner told Motorsport.com. "It's got huge history – it's, I think the second most winning team in Formula 1 – so Formula 1 needs McLaren to be performing at a high level.

"They've obviously got their challenges at the moment, and obviously look in a bit of turmoil, but hopefully within time they'll manage to address that."

McLaren CEO Zak Brown is in the process of revamping McLaren's structure, following the departures of technical chiefs Tim Goss and Matt Morris, and the resignation of former racing director Eric Boullier.

The team has hired Gil de Ferran as sporting director, promoted Andrea Stella to performance director and is in fraught negotiations to bring in Toro Rosso's James Key as technical director. And Brown says there is more to come.

"We're not done yet, both with bringing in talent, and our final structure," Brown said. "We have a good sense of what we're going to do, but that's not something that we want to make public, we just want to put our head down, and get on with the job."

"The key here is it's a team effort," de Ferran said. "There's a lot of talented guys that you probably don't know, up and down the organisation.

"I don't think we can share all the details of everything we're doing in-house to get to where we want to go, but there is a plan, and as we move forward it will become clearer to everyone." 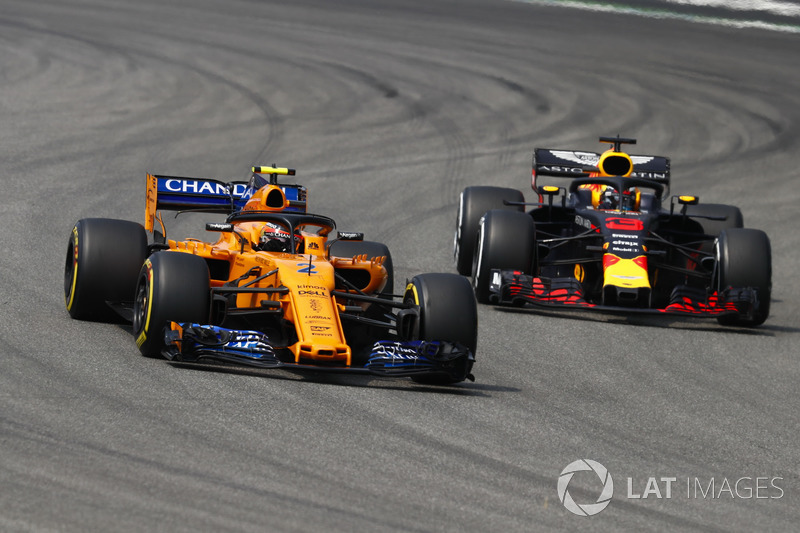 Alonso: Lack of track action prompted me to quit F1