F1 to raise rear wings to improve visibility in 2019

Formula 1's rear wings are set to be raised higher next year and the position of mirrors changed as part of a raft of measures that have been agreed to help improve driver visibility, Motorsport.com has learned. 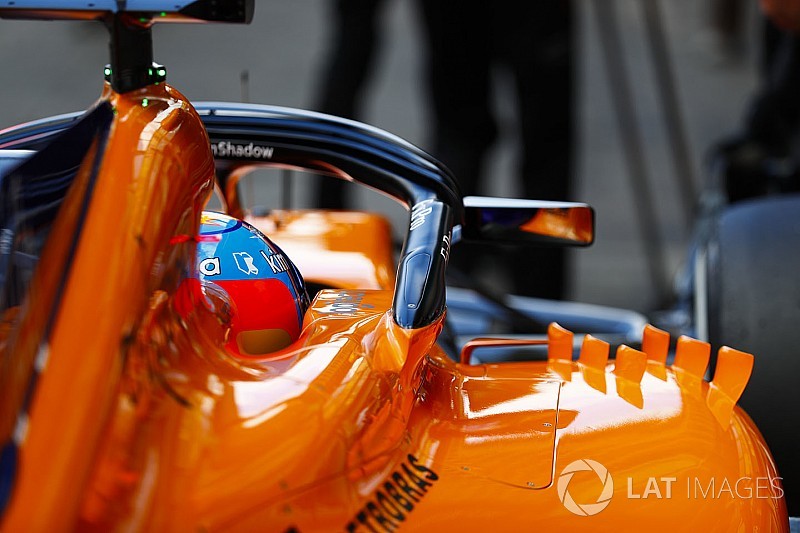 The FIA has been looking into the rearwards vision problems caused by the current generation of cars since the start of the year.

Its work accelerated after a near miss involving Carlos Sainz and Sebastian Vettel in qualifying for the Austrian GP.

An initial push to impose changes for the Singapore GP was abandoned, but discussions with teams in technical regulations meetings (TRM) have now resulted in a raft of tweaks to the rules.

These changes still need approving at F1's next Strategy Group meeting and at the FIA's World Motor Sport Council before being put in the rules, but this is likely to be a formality.

The new rules will include the raising of the rear wing by 50mm in order to create a bigger window of visibility between the lower surface of the main plane and the top surface of the sidepod.

Furthermore, a more prescriptive mirror position will be laid out in the rules – with them being lower and more outboard to ensure they are situated in a better place for the drivers.

There will also be more stricter rules on mirror mountings to try to ensure teams do not put performance gains over safety matters.

The debate about the need for a change in the mirror rules resurfaced at the Belgian GP when during final free practice an unsighted Stoffel Vandoorne was accidentally pushed off the track by Valtteri Bottas, who said he could not see the fast-approaching McLaren driver.

When asked by Motorsport.com about how bad the current mirrors are, Bottas said: "For me, I think it is a bit more difficult than it has been.

The planned raising of the rear wing will come at a time when F1 is already introducing a package of changes to help overtaking – with the rear already already set to be wider and deeper to make DRS more effective.