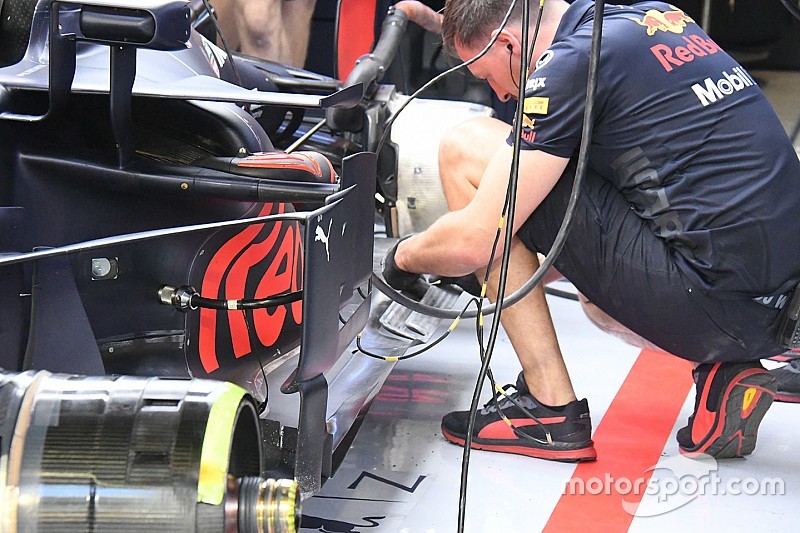 Giorgio Piola and Sutton Images bring you the Formula 1 technical updates on show in the Yas Marina pitlane at the Abu Dhabi Grand Prix on Friday, giving insight into the relentless development undertaken by the teams in pursuit of more performance. 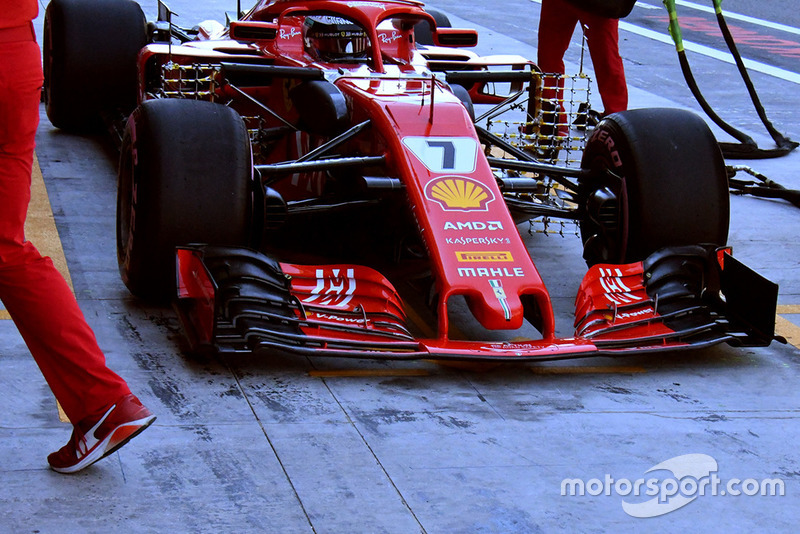 Ferrari ran a 2019 style front wing on the SF71H during FP1 to gather some real world data on how the airflow behaves when the wing is supplemented by a cluster of cascades and winglets designed to outwash the airflow. You’ll note the use of kiel probe arrays behind the front wheels to capture this data, both of which are set quite low to the ground and have a couple of kiel probes mounted up high so they can understand where the airflow is migrating off the tyre. 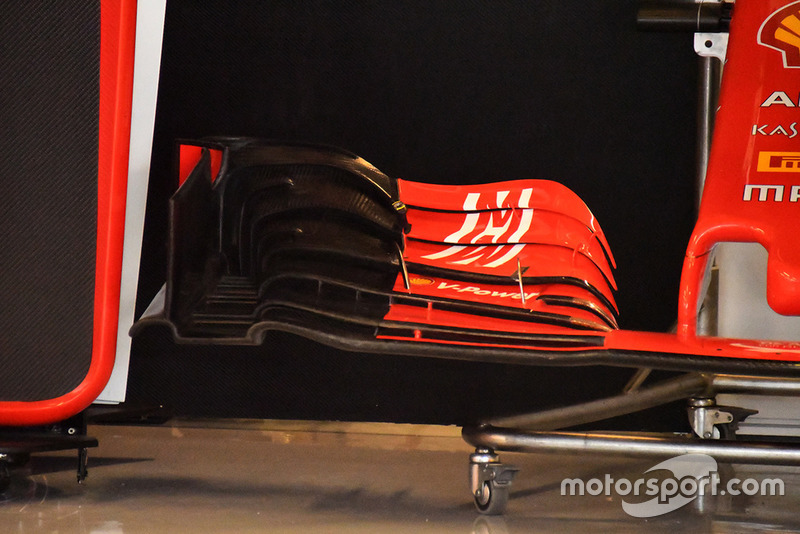 A close-up of the 2019 style front wing used by Ferrari in FP1, the design of which is similar to the current specification but devoid of the cascades and aggressive endplate design. 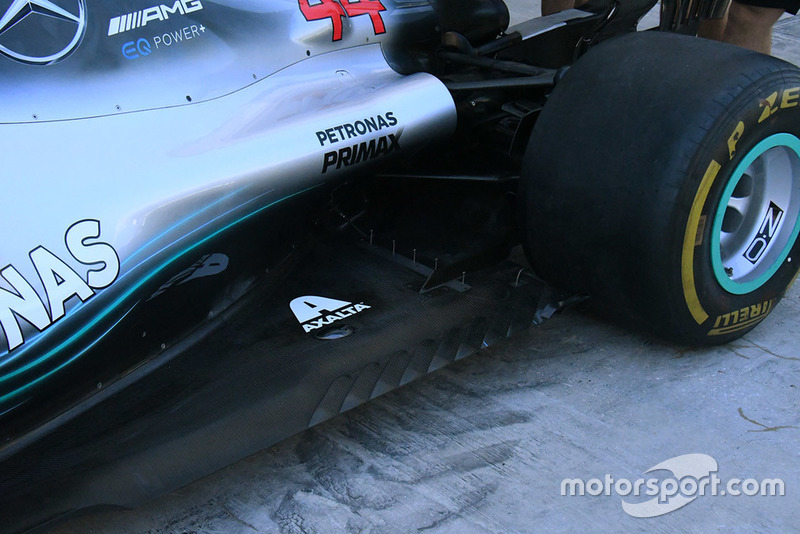 Mercedes ran a small cluster of pitot tubes on the upper surface of the floor between the sidepod and the rear tyre, likely evaluating flow structures in order that the sidepod contours can be redesigned for 2019. 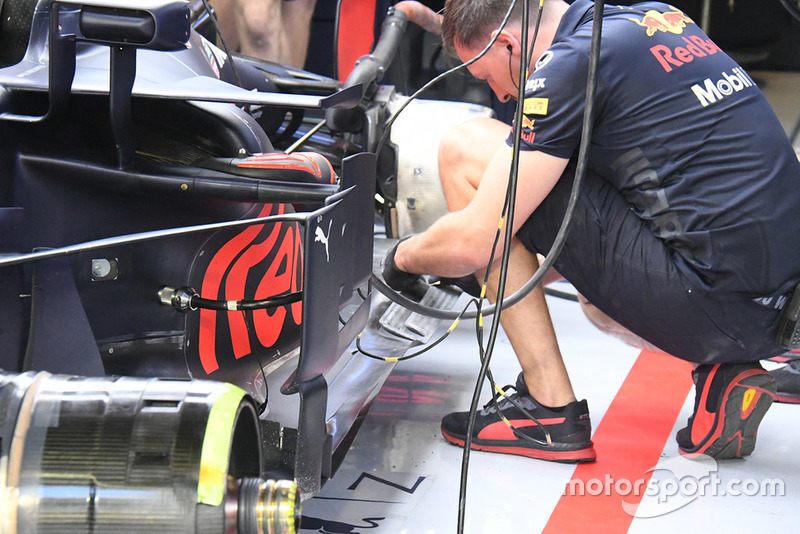 A Red Bull mechanic cleans the slots in the floor, as any debris that has been accumulated will only be detrimental to performance. 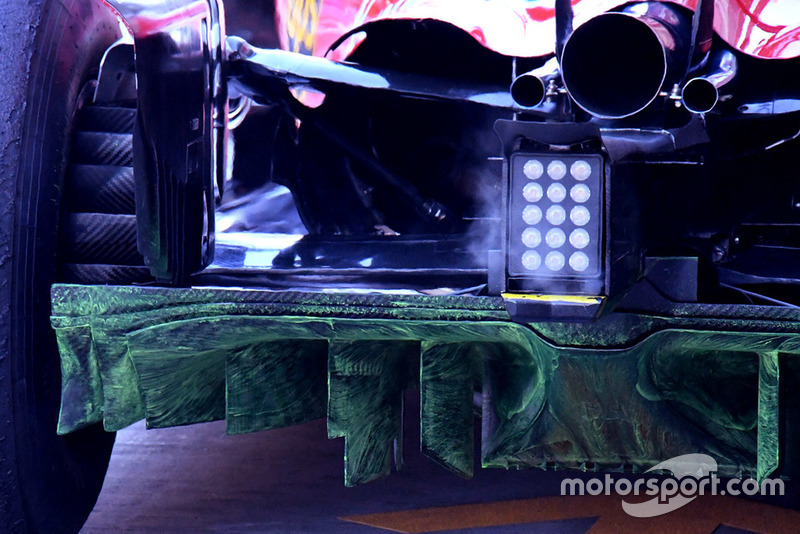 Ferrari doused its diffuser in flo-viz paint during one of their runs in Free Practice to gather real world data on any aerodynamic issues. 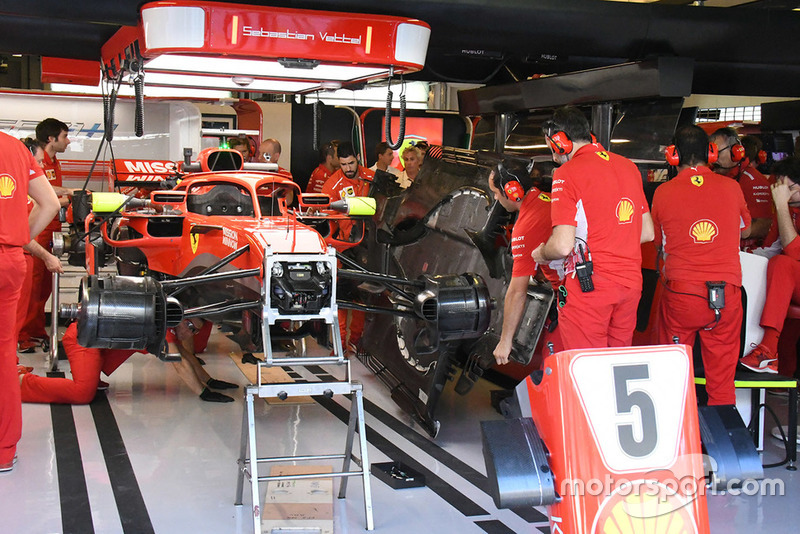 Ferrari made numerous changes to the SF71H’s aerodynamic setup during Free Practice, including this change in floor, as they look to collect as much information as possible ahead of the rule changes for next season. 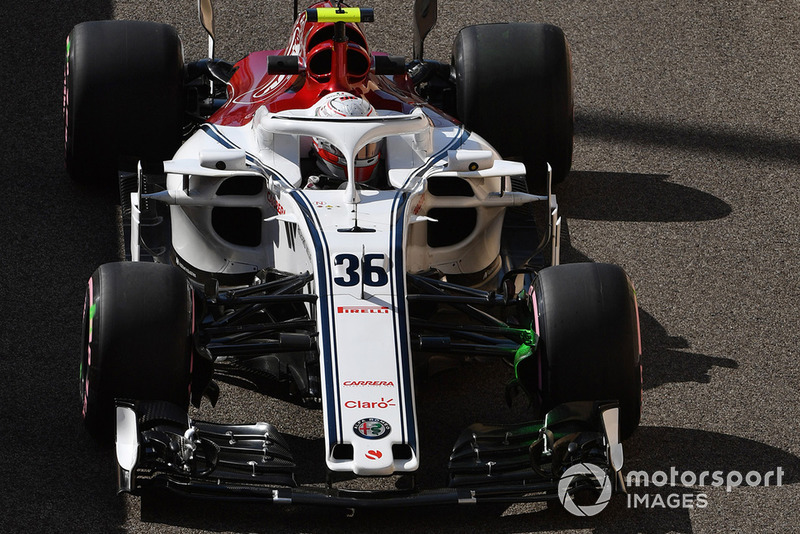 Flo-viz applied to the upper corner of the front brake duct on the Sauber indicates that the team is evaluating its options for 2019, on an area of the car that’s quite significant given the reduction in bodywork that can be applied here. 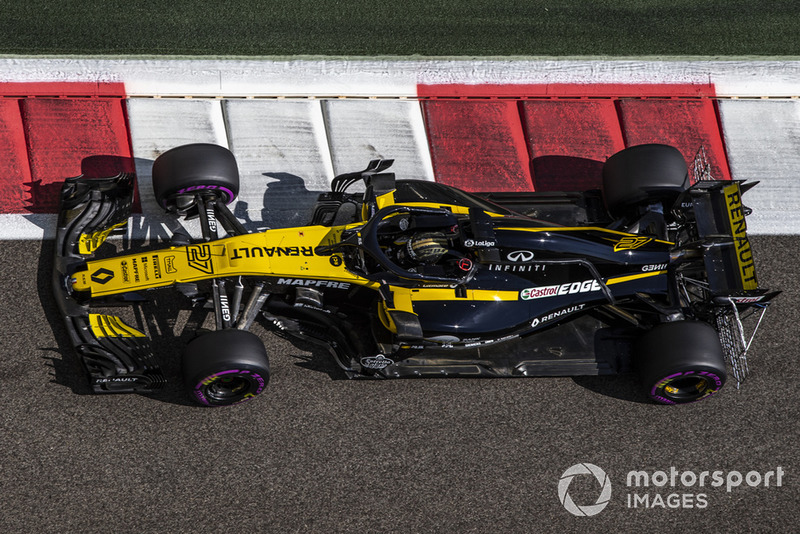 Renault ran its RS17 with kiel probe arrays behind the rear wheels during Free Practice as it looked to collate data on the airflow’s movement around the car. Note they were using the older-specification sidepod deflectors in this run. 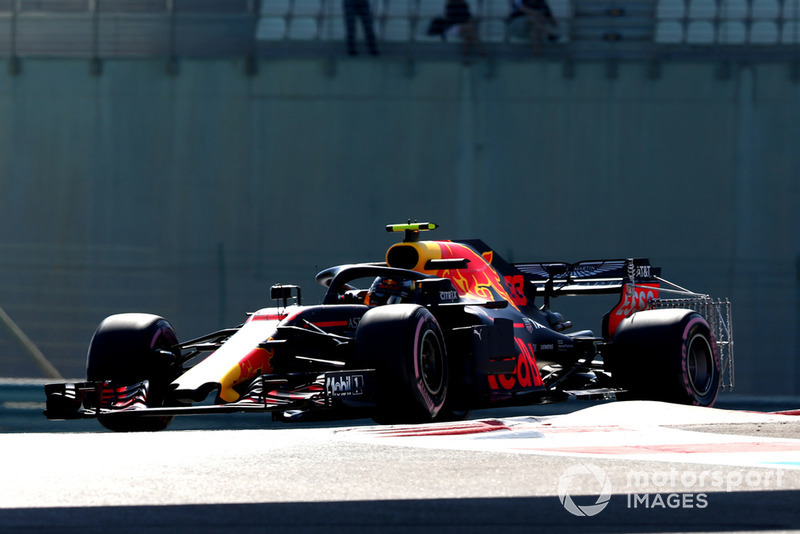 The Red Bull was also outfitted with a kiel probe array at the rear of the car as the team undertook some aerodynamic evaluation during Free Practice. 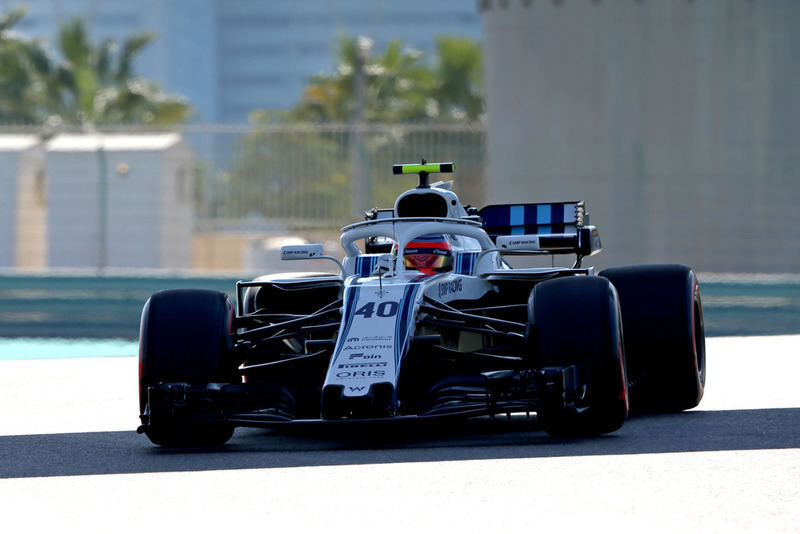 Robert Kubica at the wheel of the FW41 with some data collection paraphernalia, as highlighted by the bulge on the rear wing. 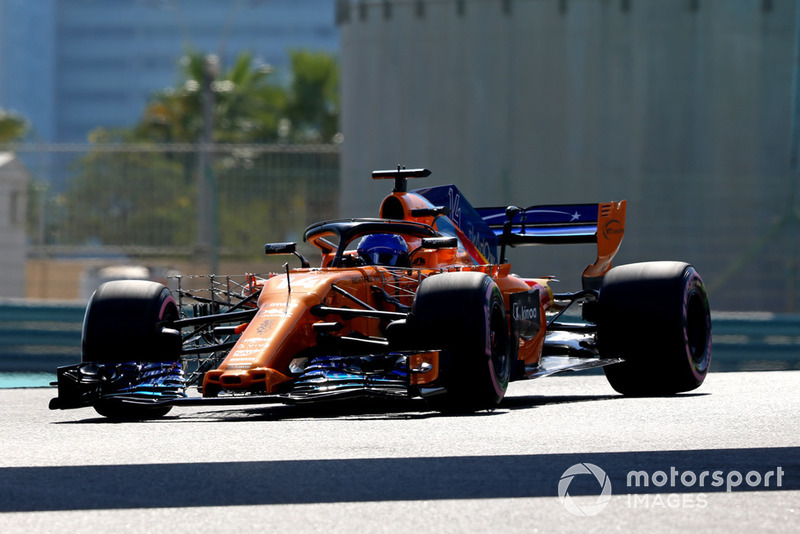 McLaren was also eager to collect aero data during their Free Practice running, as Fernando Alonso’s car can be seen here with kiel probe arrays behind the front wheels. 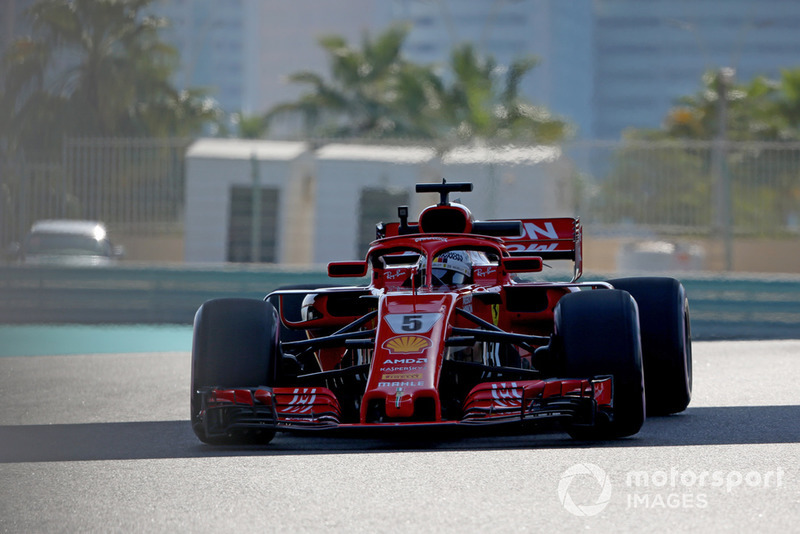 Ferrari continues to run a larger thermal imaging camera during Friday’s sessions as it hopes to improve tyre performance. The camera, on the right-hand side of the car is mounted in a periscope style position, while the camera housing on the left is enlarged in order to carry the additional sensors, wiring and storage.

Why Red Bull-Renault has shot at victory in partnership swansong