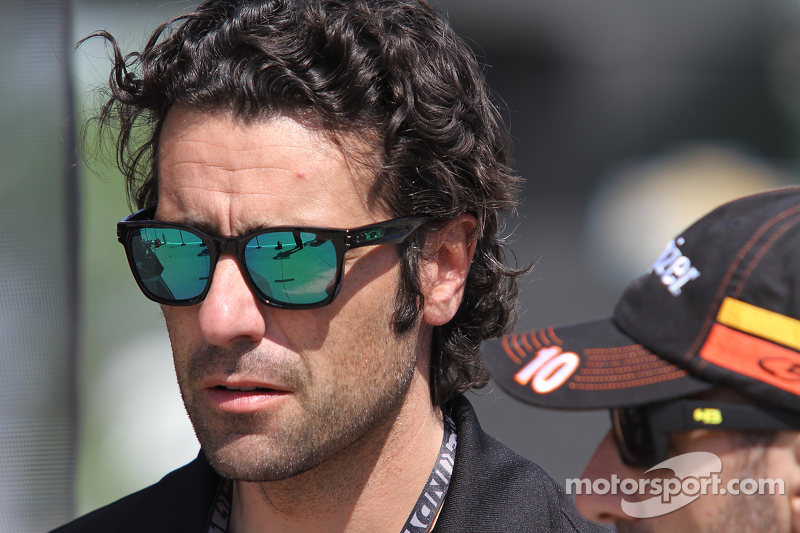 The two legends of British motor sport join Sir Jackie Stewart, David Brabham and a host of other famous names taking part in the ‘Silverstone50’ parades, which will feature cars and drivers that have provided unforgettable moments in Silverstone’s illustrious British Grand Prix history.

Dario Franchitti will be jumping behind the wheel of fellow Scot and double Formula 1® World Champion Jim Clark’s Lotus 25. Clark, who was tragically killed in a racing accident in 1968, is the most successful British racing driver on home soil, having won the British Grand Prix an incredible five times (1962-65 and 1967) - three of which were at Silverstone (1963, 1965 and 1967). Franchitti will be driving the Lotus 25, which was designed by Colin Chapman, built by Team Lotus and driven by Jim Clark to British Grand Prix victory at Silverstone in 1963. Clark went on to win his first Formula 1® World Championship later that year.

Dario Franchitti, speaking about his participation in the commemorative parades, commented: “I'm delighted to be coming back to Silverstone for the British Grand Prix, especially this year to celebrate the 50th Grand Prix at the racetrack. I'm truly honoured to be driving Jim Clark's Lotus 25 in the parade to celebrate this amazing milestone.”

Newey joined March Engineering in 1981, aged just 22, shortly after graduating from university. At March, he cut his teeth designing and engineering cars in Formula 2, sports cars and then in IndyCar in 1984. He designed the March 86C, which won the 1985 CART title and the Indy 500 in the same year, before moving on to other projects. Newey returned to March in 1988 to design his first Formula 1® car, and has since gone on to design a record ten Formula 1 World Constructors’ Championship winning cars.

Speaking about his involvement in the 50th Grand Prix celebrations, Adrian Newey commented: “I’m very much looking forward to Silverstone's 50th commemorative parades, and feel privileged to be taking part alongside so many prestigious names in the sport. After winning four Championships with Red Bull since 2010, there is something very special about going back to the beginning and having this unique opportunity to drive the March 711 at this event.”

The 2014 FORMULA 1 SANTANDER BRITISH GRAND PRIX will be the 50th Grand Prix to be held at Silverstone since Luigi Villoresi won the first ever event on 02 October 1948, two years before the inauguration of the FIA Formula One World Championship in 1950.

Tickets for the 2014 FORMULA 1 SANTANDER BRITISH GRAND PRIX are available from £65pp and are on sale 24 hours a day, seven days a week. Visit www.silverstone.co.uk for more information or call 0844 3728 300.