Pierre Gasly felt he was in a Hollywood movie at times last year as he experienced an incredible season of highs and lows in Formula 1. 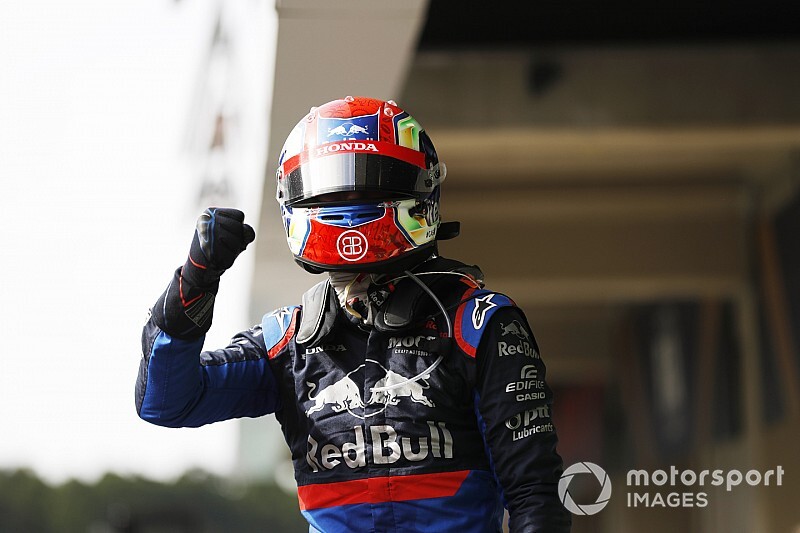 Along with the joy of his maiden podium finish in the Brazilian Grand Prix, Gasly suffered some dark days as well in 2019 after being dropped mid season by Red Bull and then losing close friend Anthoine Hubert.

Reflecting on events, Gasly said there was a sense of things not feeling real at times, such were the extremes that he endured.

“It’s been almost like a Hollywood movie,” Gasly told Motorsport.com. “I would not even imagine it's real, like all the stuff that happened, how it started, when it started and the things that happened during the first six months.

“Then after the swap, the way I got back into the [Toro Rosso] team, it just did not feel real. Like so many moments over the year it has been: 'This can't be happening. It can’t be real.' ”

Gasly is clear that the worst moment for him was when Hubert was killed in an F2 crash over the Belgian Grand Prix weekend – which came at the same time as he faced demotion to Toro Rosso.

“It was such a rollercoaster year,” he explained. “I went through every kind of emotion. One of the saddest moments in my life was in Spa when Anthoine passed away and already I was in a difficult weekend going back to Toro Rosso.

“And then there was Brazil which was probably the best moment in my life and also in my career.

“I had so many up and down feelings through the year and yeah, it was great after all these different emotions, all these different times, that I really kept myself working and pushing. I knew that 'okay, keep pushing and at some point things are going to fall in the right order.' ”

Although Gasly’s podium finish in Brazil silenced the doubters about his potential in F1, he says that the result did not actually change much for him.

“It's good to see when the work pays off, so it was was nice,” he said. “After I came back here [to Toro Rosso], one more podium or one less, it doesn't change the person I am.

“I am still the same. I'm still working the same and approaching things the same way. But it's just nice to show that even after all these difficult times, I always keep working until I reach the performance I want.”