Pierre Gasly has confessed to being stood in his underwear when he took the call telling him that he had got the drive at Red Bull for next season.

The Frenchman is being promoted from Toro Rosso as replacement for Daniel Ricciardo, following the Australian's shock switch to Renault for 2019.

Gasly headed into the summer break knowing he was under consideration for the seat, but was caught by surprise when he took a call last week from Red Bull motorsport advisor Helmut Marko informing him about the team's plans.

"When Helmut started the call with me I was in my underwear," said Gasly, in an interview with Red Bull's official website.

"When the call ended I ran around the house shouting to my mates and they all jumped in the pool straight away!

"There was so much excitement and I was so happy about it because it's something I've wanted for a long time. Of course when I came in to the Red Bull Junior programme that was the target, to drive in Formula 1 for this team, so I was just so so happy and had so much excitement."

Gasly faces a big task in going up against Max Verstappen in 2019, but says he is not fazed by the prospect.

"Being teammates and mates with Max next season is really cool, because we get on really well and we've known each other for a really long time," he said.

"We used to race against each other in karting in 2010 as a junior, so we've already raced together, but not for the same team. We've actually had a couple of close battles, sometimes good for me, sometimes not so good, but we really enjoyed that time.

"We really respect each other a lot as drivers, but also as friends, so I'm really excited to join him in the team with him. As we have a strong friendship it will be only a positive for the team."

Red Bull itself knows that Gasly does not yet have a full year's race experience under his belt, but expects him to be able to fully show what he is capable of by the middle of next year.

Speaking to Servus TV, Marko said: "Pierre is in his second year in F1, so he is missing some experience. But his pure speed, especially in qualifying, is very close to Max.

"That is one of his strengths. We expect him to be an appropriate replacement for Ricciardo by the middle of the season [2019]."

Red Bull hopes to name Gasly's replacement at Toro Rosso around the time of the Italian Grand Prix. 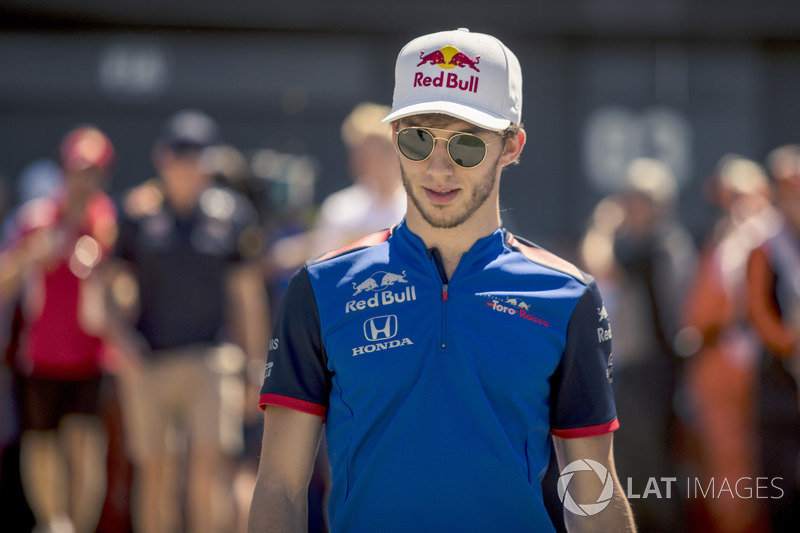