Gasly: Some of the criticism is "not deserved" 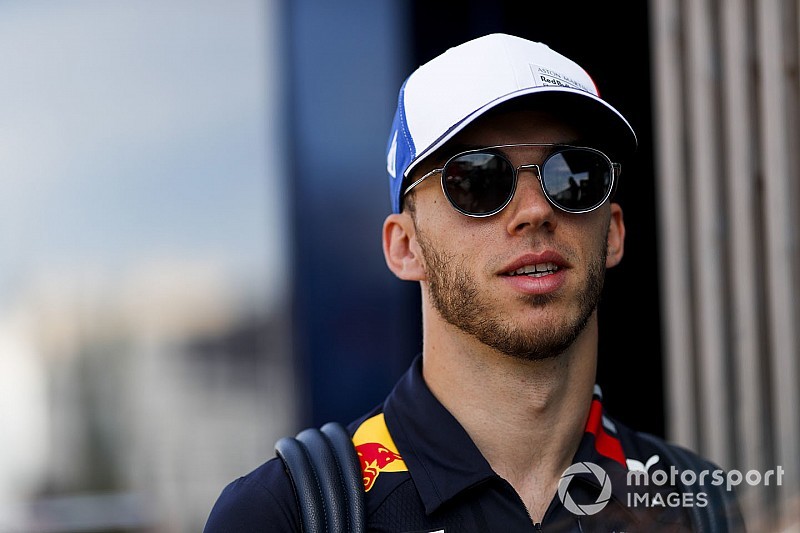 Pierre Gasly thinks some of the criticisms aimed his way this year have been unfair, but he knows the only way to properly silence his doubters is to perform better.

The Frenchman has had a disappointing start to the campaign, having been so far unable to get on the pace of teammate Max Verstappen.

His troubles have led to criticism from Red Bull motorsport advisor Helmut Marko, and prompted talk that the Milton Keynes-based team could look to replace the youngster if he doesn't lift his game.

Gasly is aware that things are far from ideal, but suggests that not all the negativity surrounding him is justified.

"For sure there's a lot of negative talks going around, sometimes deserved, sometimes not deserved," he explained, after another disappointing qualifying performance at the Austrian Grand Prix.

"But I think it's part of this job, it's something you need to handle. Is it fair? Sometimes I don't think so. But at the end of the day the only thing I can do is just focus on myself, and think or try to find out what I can do better.

Red Bull introduced some updates in Austria that have helped Gasly feel more comfortable in the car, and he is also working out ways to adapt his driving style better to the car.

However, his hopes of finally delivering a good qualifying result in Austria were dashed when he made a mistake on his final Q3 lap by locking up at the first corner.

Although he knows pressure is mounting to deliver better form, he knows that there is no magic solution to the difficulties he has.

"For sure I think racing drivers, we're all quite impatient and we want results now," he said. "It's also the highest level in motorsport. So sometimes you just need to go step by step, make little progress.

"I think this weekend we made our goal, and hopefully the bigger picture we will be able to show this potential and the performance really soon."

Asked if he felt he still had the support of the team, especially with Marko being so outspoken, Gasly said: "Yeah, I mean, everyone wants me to perform, and also myself, and at the moment for sure I'm not happy with the performance I deliver as I know I am capable of doing a lot more.

"You know for sure I think at the moment it looks a lot worse than it is. The team is giving me a good support and really pushing me and trying to understand what I need to perform better. And yeah, Helmut and Christian [Horner] are pretty clear.

"I think it's important now to find the consistency, something we tried to find. This weekend I think was a step better, but again in Q3 it didn't work out, for the reason I told you.

"I think for sure I would like things to be everything perfect now. It's not, but we're all working in the same direction, and that's what I can feel."