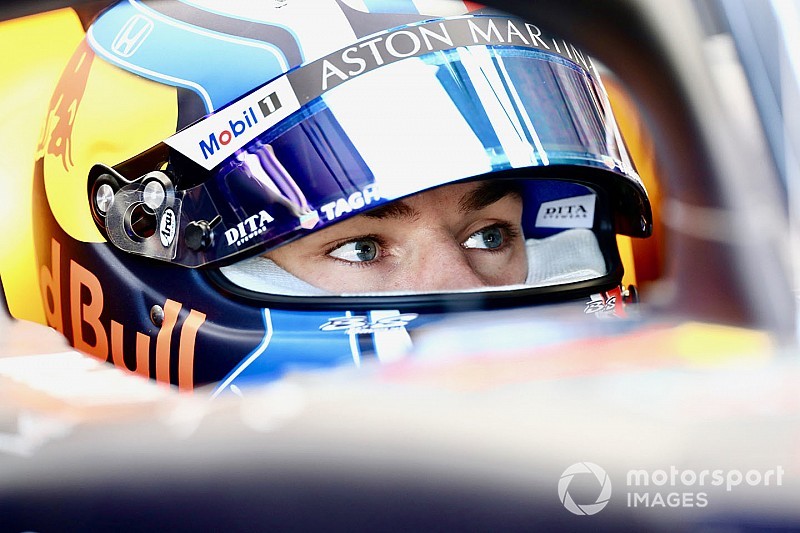 Pierre Gasly needs a mental "Ctrl+Alt+Del" reset in a bid to save his Formula 1 season, reckons his Red Bull boss Christian Horner.

The Frenchman has had a difficult start to the campaign, and his misery continued in the Austrian Grand Prix when he found himself lapped by winning teammate Max Verstappen.

Red Bull remains committed to the youngster for now, despite mounting speculation that he could be replaced for 2020 by Daniil Kvyat if he does not lift his game.

However, Horner is clear that Gasly needs to draw a line under all that has happened this year and start fresh from the next race in a bid to turn things around.

Asked by Motorsport.com how worried he was about Gasly's ongoing struggles, Horner said "I think Pierre is having a tough time at the moment and we are doing our very best to support him. I think he just needs a reset.

"We know what he is capable of, and I think that we have just somehow got to go 'Ctrl+Alt+Del' in his head and start again.

"He is a quick driver and I think the problem he has got is that Max is delivering every week and that puts more pressure obviously on him to perform.

"But we are sticking behind him, we still believe in him and we will give him all the support we can to try to nurture the talent that we know he has."

Horner made it clear that there was 'nothing wrong' with Gasly's car at the Red Bull Ring to explain his slow pace, but he has played down talk that thoughts are drifting to replace him soon.

"There is no intention to change Pierre," said Horner. "He is our driver, we are going to work with him and try to get the best out of him.

"He is having a tough time at the moment but we will do our best to support him through it."