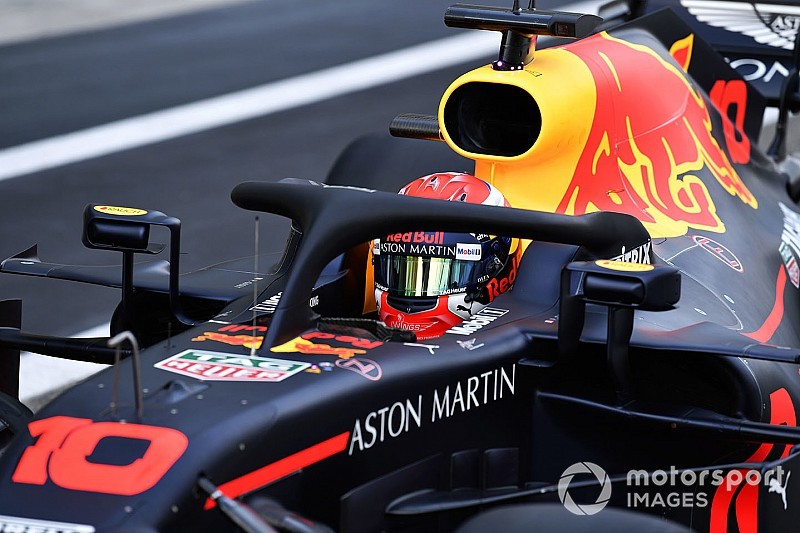 Red Bull boss Christian Horner thinks it is essential that Pierre Gasly is given time to get up to speed this year, as he was promoted to the main team "faster than we would have liked".

Gasly has been drafted in to replace Daniel Ricciardo, who has decided to switch to the Renault team for 2019.

And although Red Bull has a history of being ruthless on drivers that do not perform, Horner says the outfit needs to be responsible with Gasly in letting him adjust to the step up to a top team so early in his Formula 1 career.

“I think Pierre is a very quick driver and it is up to us to give him a little bit of time to get up to speed,” Horner told Motorsport.com.

“It [his promotion to Red Bull] is faster than we would have originally liked to elevate him into the team, so Max [Verstappen] will be very much taking on the role of the experienced senior driver and Pierre is going to have to go up against a very competitive teammate.”

Horner admitted that Gasly is not going to have a straightforward time in battling the experienced Verstappen, but he is clear the Frenchman knows what he needs to do.

“It is not going to be easy,” he said. “Of course it is not. But he knows what is expected of him.

“And in actual fact, for the team, it is a far easier scenario than it has been in previous years where we have got a clear difference between the experience in the two drivers and the expectations.”

Horner is also convinced that Verstappen is now able to deliver at his best all the time, after a strong end to the 2018 campaign.

“You are always learning and he is such a young driver,” said Horner on Verstappen. “I think that what we have seen is that all drivers make mistakes.

“We have seen that with experienced drivers as well this year, and I think that as he is gaining more and more experience he is applying that extremely well.”