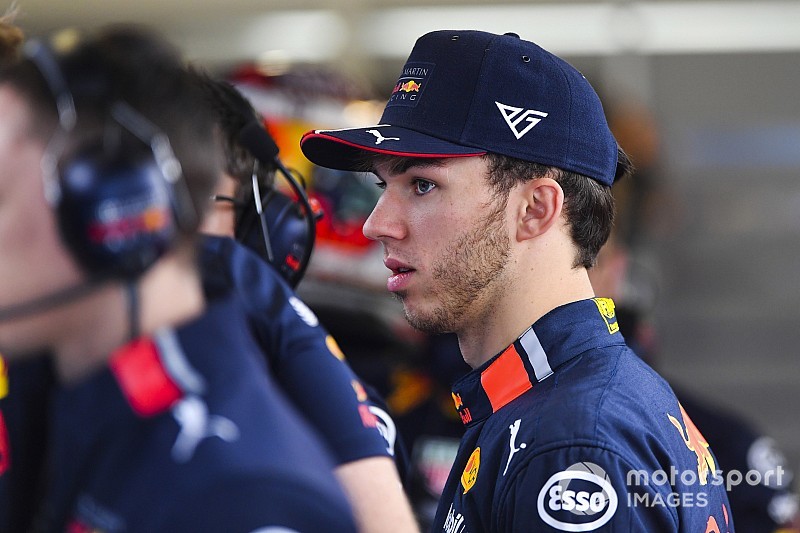 Pierre Gasly has been excluded from the results of Azerbaijan Grand Prix qualifying because his Red Bull Formula 1 car breached fuel flow rules.

But the stewards' decision will make no difference to the grid because Gasly was already destined for a pitlane start as a punishment for missing a call to the weighbridge at the end of Friday practice.

Gasly and Red Bull's summons was the first time that a breach of the fuel flow limit of 100kg per hour had been found in qualifying.

Previous disqualifications for the offence had only been in races.

Gasly had been fastest in Q1 in Baku as he participated in the first segment of qualifying despite knowing that his existing penalty meant he was starting last.

He then sat out Q2 so was classified 15th before his pitlane start demotion was applied.

Hulkenberg: No "love and harmony" with RS19 in Baku

Azerbaijan GP 2019: What to look out for