Pierre Gasly says a piece of debris got past the halo on his Formula 1 car and hit his visor on the opening lap of the Russian Grand Prix.

The Toro Rosso driver said debris from Daniel Ricciardo’s Red Bull was flicked up in front of him at the start, hitting his helmet and landing in the cockpit of his car.

“I think Daniel lost a piece of carbon, which went straight into my visor, so this was really really scary,” Gasly told reporters after the race.

“I thought it was going through and straight into my eye, and finally it touched the visor and then came into the cockpit.

“In Turn 4 I had to take the carbon piece and throw it from the cockpit.

“At the time I had like five tenths of a second to see it flying and just hitting the visor – maybe a winglet that came from somewhere, I think contact with Daniel.

“But it came my way, pointing towards me and straight in my right eye.

“When I saw it coming first I was like, 'it’s going through the visor'. Finally, the visor is really strong, it hit it and fell into the cockpit.”

When asked how the piece of debris got past his car’s halo, Gasly added: “It came under. I will have a look. It was pretty scary.”

The Frenchman reiterated his praise for the strength of F1 visors, although he suggested the fact the piece hit him in a low-speed corner also worked in his favour.

“The visor seems to be pretty strong, but maybe we need to keep improving and try to make it as strong as possible,” he said.

“The speed as well has an effect on the impact. At that time I was coming out of Turn 2, so I wasn’t so fast. 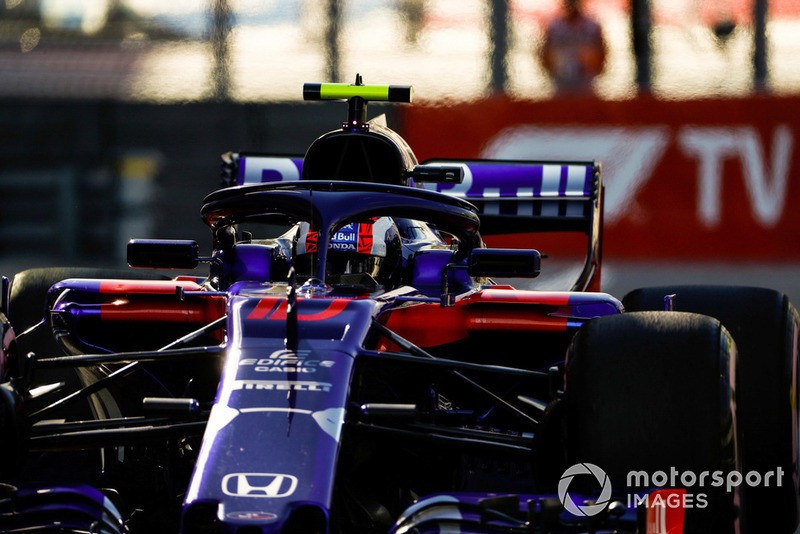