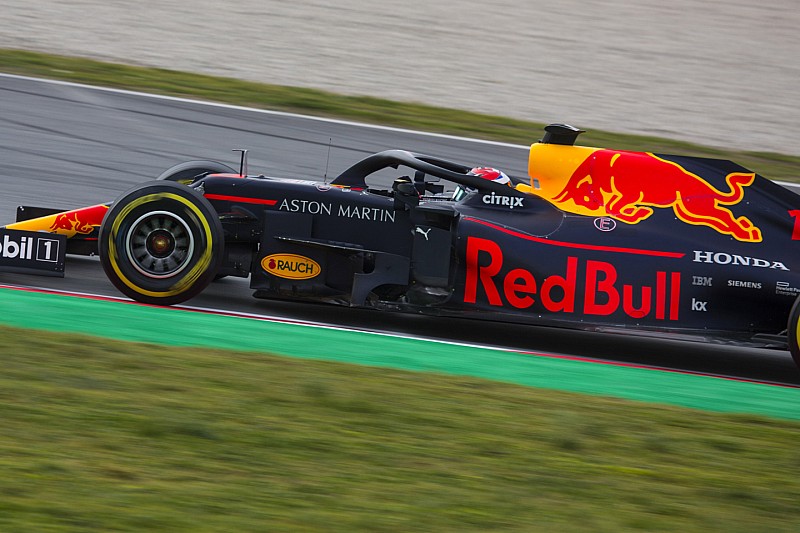 Pierre Gasly says he can feel the increase in performance from Honda's 2019 Formula 1 engine already, after a week of "only good news" from pre-season testing for Red Bull.

Gasly spent last season using Honda's engine with Toro Rosso, the Red Bull junior team last season, and has stepped up the to the senior team this year to partner Max Verstappen.

Red Bull's performance in the opening Barcelona test was low-key as the team focused on logging miles, aided by encouraging reliability from Honda.

"So far it's been really good, we haven't pushed it flat out but already you can feel the performance has increased," said Gasly, when asked if he had got a taste for Honda's 2019 gains.

"That's the main thing. And the reliability, we had no issue at all. Also, looking at Toro Rosso [which ended the test second and third in the times] it looks really promising.

"Only good news from these four days. We need to keep working. The others are really fast, but at the moment we are testing a lot of things on our car.

"Now we need to understand what works best."

At the start of the week Red Bull team boss Christian Horner referred to the installation of the engine as a "thing of beauty", and Honda F1 technical director Toyoharu Tanabe said that the packaging had not come at the cost of performance.

Gasly said the Japanese manufacturer had done "a really good job" over the winter.

His only setbacks were not a Honda problem, as he spun off on his first day in the car and ended the week feeling slightly uncomfortable with his seat.

Gasly said he may replace it for next week's second and final test.

"That's the only issue we had," he said of the seat. "I'm moving quite a bit, so I think we're going to improve it for next week.

"Overall it's been really positive. No main issue with the car, neither with the engine. A really good first four days."

Tanabe said: "It was encouraging that we got through all our planned programme with both teams.

"It's the first time in the hybrid era that we are powering two teams and at this test, we learned a lot in terms of how to operate with them both.

"There were no major issues with the power units throughout this test.

"We will now spend the next few days analysing all the data we have acquired here, in order to move forward with development in the final four days of testing next week prior to the first race in Australia."