Gasly: Red Bull has "ideas" to help me out of slump 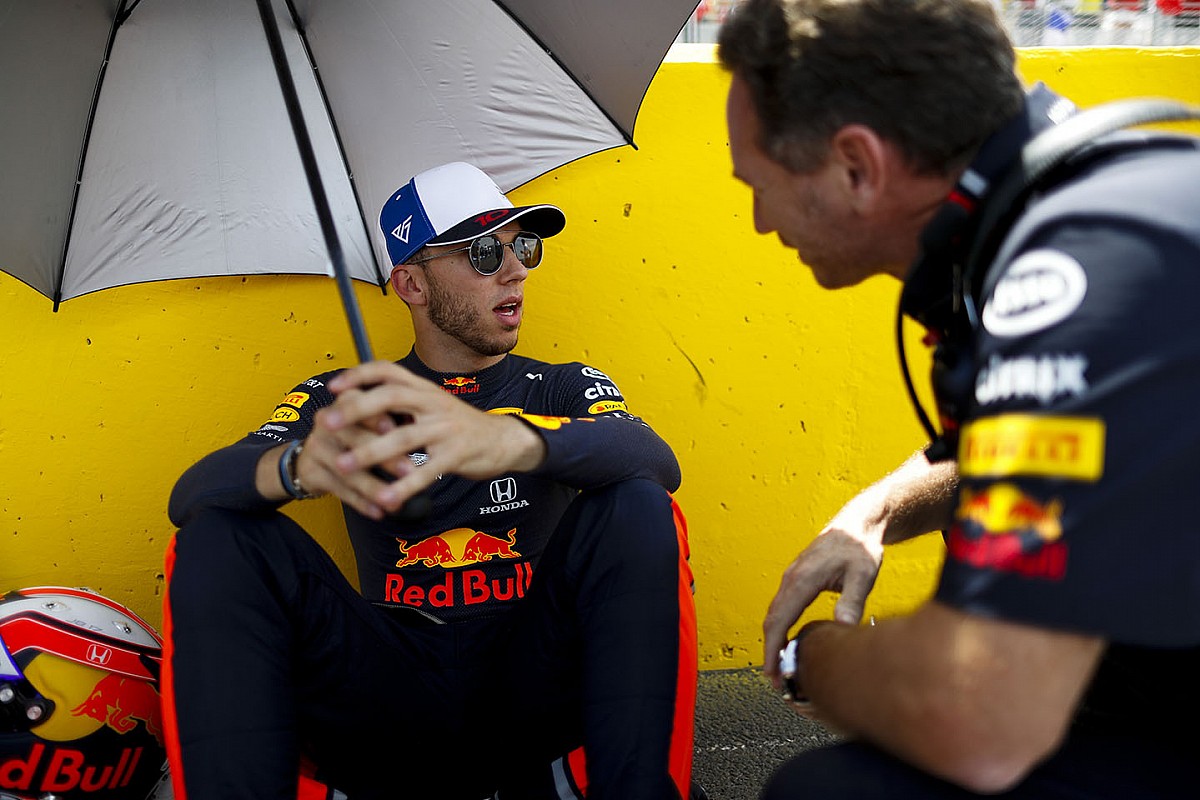 Pierre Gasly suggests he and Red Bull now have some "ideas" about why he is struggling so much, as he insists he is not worried that his place at the Formula 1 team is under threat.

The Frenchman has had a difficult time matching teammate Max Verstappen for pace, and his difficulties have already prompted speculation about his long-term future with the outfit.

Red Bull remains committed to him for now though, and its motorsport advisor Helmut Marko suggested after the French GP that the team would completely take apart his car to see if there is an explanation for what has happened.

Asked by Motorsport.com if the team had discovered anything, Gasly said: “We have ideas. I think for this weekend it should be fine.”

The Frenchman declined to elaborate, however, on what the team had discovered or if anything was going to change on the car.

“I'm not going to go into details and everything, but we're all working and developing to make sure we extract the full potential. This weekend that's what we're going to do, as every weekend.”

Despite his difficulties, and the media intrigue surrounding his future, Gasly insists he is not concerned that his place at Red Bull is under threat.

“No, not really,” he explained. “I think at the moment clearly no one is happy and I'm the first one not happy with the performances. I'm a racing driver, I feel we are far from showing the potential we have.

“That's not pleasant and no one is happy about it. So, at the moment I’m just trying to focus on putting everything together. It is the same on my side.

“There are things that I can do better as well, we can all do better. But we're clearly not showing the potential, so I think that's the main thing we need to focus on at the moment.”

Gasly explained that his biggest issue was a lack of consistency from the Red Bull, which had hampered his ability to make progress.

“I think at the moment it's a bit inconsistent,” he said. “Some sessions we are fast, some others we are not. So it's just a matter of finding that consistency, consistent base and yeah, that's the main thing.

“I think with the car, sometimes we are fast, we manage to be fast, just not to be as consistent as the other car, for different reasons. I think it's really important for us to find what works and go like that every weekend, building from that base.

"It's that at the moment we're struggling to find.”

F1 to discuss bringing 2018-spec tyres back after summer break