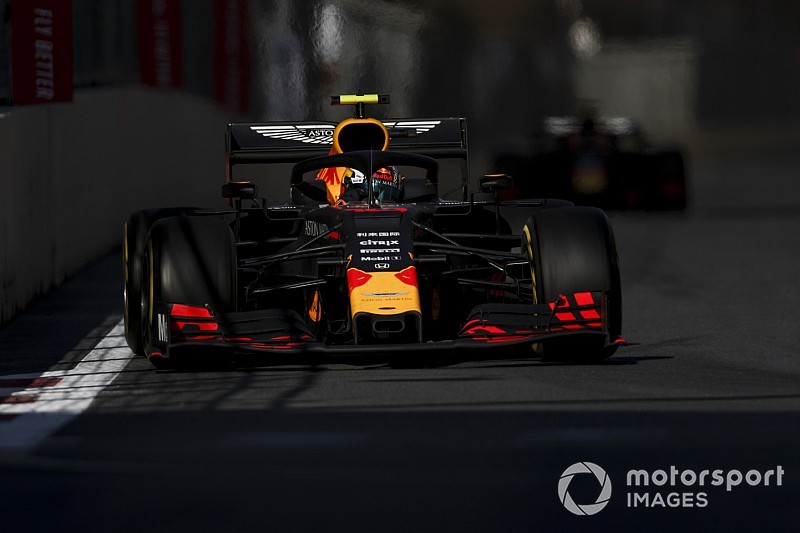 Red Bull Formula 1 driver Pierre Gasly says he made a step forward with the RB15 in Baku, even though his improved pace went unrewarded.

The Frenchman, promoted from Toro Rosso to replace Daniel Ricciardo at the main Red Bull outfit, had struggled to get the most out of the car over the start of the season.

But though his Azerbaijan Grand Prix weekend was compromised by a raft of penalties consigning him to a pitlane start and a subsequent mechanical failure in the race, Gasly appeared much more at ease with the Red Bull car at the street circuit.

He set the fastest lap in the first segment of qualifying – although this was later stricken from the classification due to a fuel flow infringement - and charged through the field in the race, appearing on course for sixth place before suffering a driveshaft failure.

“A lot of things happened, it didn’t come out our way but looking at the positives this weekend, I felt a lot better with the car, and could drive a lot more the way I wanted and managed to feel better in qualifying and managed to show some good performance in Q1,” Gasly told Motorsport.com after the race.

“In the race starting from the pitlane we knew it would be tricky to fight right at the front but we had the car fast enough to come back in the points and score good points and I felt a lot better.

“Still some work to do but I can feel that it is getting better compared to the first three weekends. I can drive a bit more the way I want with the car, adapting myself, and the thing is we are going in the right direction.”

When asked whether the gains were coming from updates to the RB15 or changes to his driving style, Gasly said: “I think it's a combination of all this, a mix of what the team can provide me and what I can do as well, to adapt a bit more and change a bit the way I drive inside this car to really maximise the potential we have.

“Slowly we are kind of improving the whole package.”

Team boss Christian Horner said Gasly “had a very good weekend” in Azerbaijan, despite the costly penalty for missing the weighbridge in Friday practice.

“While he doesn’t have the result on paper he’s happy with his weekend,” Horner said of Gasly.

“In Q1 he was quick, he’s driven a good race and it should have been an easy P6 from the pitlane which is a really strong drive. I think even more encouraging than that is his pace, certainly compared to the Ferrari [of Charles Leclerc] on the same strategy and he was definitely quicker [at the end of the first stint], so I think there were a lot of positives for Pierre out of this weekend.

“I think the confidence that came out of China came to Azerbaijan and I think even if he doesn’t have the results sheet to show it, he knows it’s been a much stronger weekend.“

Why modern hero worship of Senna misses the mark

Sainz was "puzzled" by McLaren during Renault tenure