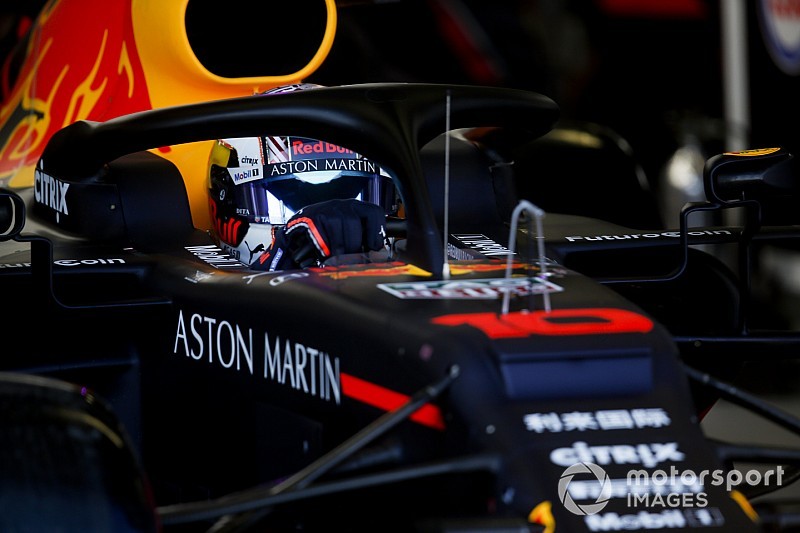 Red Bull has been summoned to the stewards for Pierre Gasly exceeding Formula 1's fuel-flow limit while setting the fastest lap at the start of Azerbaijan Grand Prix qualifying.

Gasly benefited from a huge tow from Lance Stroll's Racing Point to lap quickest in the first part of qualifying in Baku.

He referred the matter to the stewards, who have duly summoned Gasly and his Red Bull team.

Daniel Ricciardo exceeded the fuel-flow limit in the 2014 Australian Grand Prix and was excluded from second place, while Esteban Ocon lost eighth in last year's United States Grand Prix for the same offence.

However, this is the first time a fuel flow limit breach has happened in qualifying since the rule came in alongside the new V6 turbo-hybrid engines in 2014.

If Gasly is simply disqualified from the session in Baku, it makes no difference to his weekend.

The Frenchman is already due to start from the pitlane because he failed to stop for the weighbridge during Friday practice.