Gasly "upset with myself" after costly Q3 error 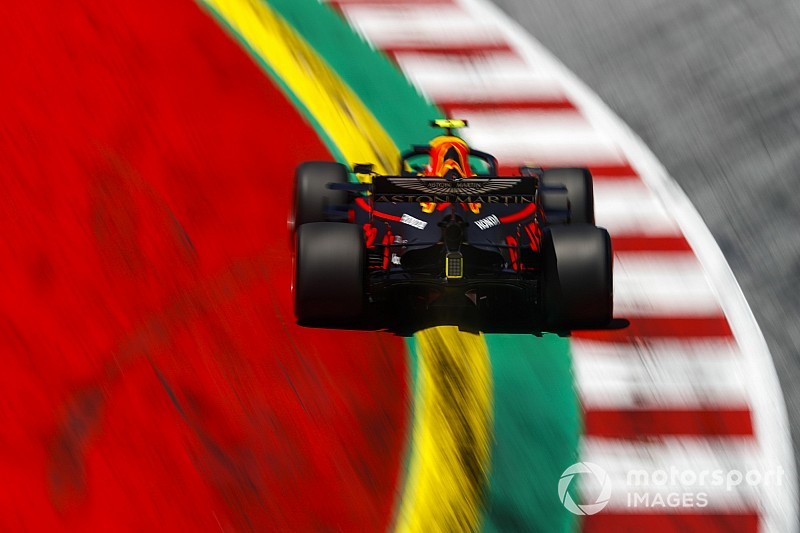 Red Bull Formula 1 driver Pierre Gasly says he's "disappointed" and "upset" with himself after making an error on his final run in Austrian Grand Prix qualifying.

After a bruising home grand prix in France, Gasly looked in stronger shape at the Red Bull Ring, and was not far from the frontrunners in the first two qualifying segments.

In the end, however, the Frenchman was two tenths slower in the final segment than he had been in Q2, and was thus consigned to eighth place on the grid.

“I think overall there were a lot of positives, and also in qualifying, but just disappointing not to put things together when it really mattered in Q3,” Gasly said afterwards.

“Managed to have some decent pace this weekend, but just this afternoon in the last run when it mattered I didn't do it. Just upset with myself.

“We tried to find some consistency, managed to put some good laps in in qualifying, things were going well, I felt good with the car.

“And then Q3, first run wasn't ideal and second run, I arrived in Turn 1 and lost the car on the entry, just went over the kerb, and lost four tenths up to Turn 3. After that, the rest of the lap was good, but was just a mistake in Turn 1 that cost me the fifth place.

“Quite disappointed with myself with the mistake into Turn 1.”

Gasly was exactly a tenth slower than McLaren's Lando Norris, who will begin Sunday's race in fifth place due to Kevin Magnussen's penalty.

The Frenchman is convinced he should've qualified ahead of Norris and the two Alfa Romeos, which “would've been pretty satisfying after a pretty good weekend.”

“It's just a shame [to end up eighth], but I don't think it shows the potential we have since the beginning of the weekend,” Gasly insisted. “So now we need to look at tomorrow and just recover the positions I didn't make today.”

Like in France, Gasly diverged from teammate Max Verstappen in strategy in Q2 and will start the race on the soft tyre, but he is convinced this will prove less of a hindrance than it had been at Paul Ricard.

“We kind of spoke about [starting on the medium] before qualifying, but then after Q1 went well and we don't really think there's a massive advantage with the medium,” Gasly explained.

“I think the Ferraris start on the soft, only a few drivers [ahead] will start on medium. I don't know if it's going to be good or bad, but it's going to be the same thing for everybody, and we have to make the best.”