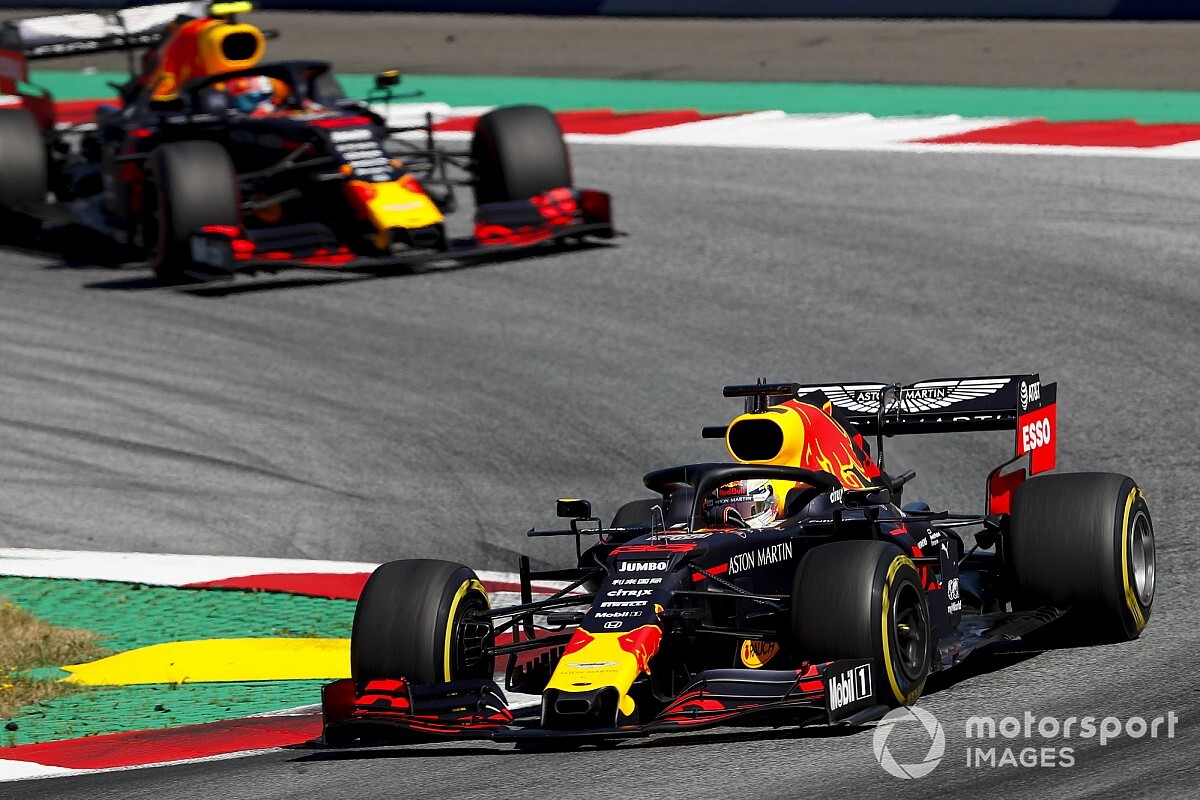 Red Bull Formula 1 driver Pierre Gasly is now using Max Verstappen’s set-ups as he bids to recover from his poor form over the first nine races of the season.

Gasly has scored only 43 points this season compared to his teammate’s 126 and finished a lapped seventh in the recent Austrian Grand Prix, which was won by Verstappen.

Red Bull motorsport advisor Helmut Marko has described Gasly’s form as “not satisfactory” and explained that as part of the attempt to turn things around the 23-year-old is now not allowed to deviate significantly from Verstappen’s set-up.

“Gasly has not yet met our expectations, we are now trying to help him,” Marko told Motorsport.com. “We are now changing many things, adapting and helping him, but now Gasly has to deliver.

“He was always looking for the mistake in the car, in the chassis. We checked it, there was nothing.

“Our position now is to support him in the best possible way. He now gets Max's set-up from the start because Max is more experienced, and also has the more experienced engineering team.

“Within this given set-up he is allowed to play around so that it fits his driving style, but he's not supposed to dramatically move away from that.

“Before that he experimented a lot and jumped from one extreme to the other.”

It is understood this approach was introduced in Austria following a difficult French GP weekend, where Gasly finished 10th after being promoted one place by Daniel Ricciardo’s twin time penalties.

Red Bull team principal Christian Horner said that Gasly also needs to eliminate distractions such as trying to match Verstappen and social media criticism in order to deliver to his potential.

“What he really needs to do is just turn the chapter from whatever has happened in the first nine races,” said Horner when asked by Motorsport.com about how it can help Gasly recover.

“There’s been some good bits, there’s been some disappointing bits – it’s just to reset, not focus too much on the data and try to be perfect and just drive the car and ignore his teammate.

“That's my advice to him; it's turn your phone off, don't look at any of the social media and just drive the car.

“If he just starts to find a bit of confidence and it starts to go his way you'll see a switch in him that will ramp up quite quickly because he is very much a confidence driver.”

But he suggested that, when not caught up in traffic in races, Gasly does show good pace that he needs to find a way to deliver more consistently.

“It went wrong from the beginning, with the two crashes in Barcelona,” said Marko.

“He was already insecure then. When he is in free air, there are always good laptimes but the overall package is not right.”