Gene Haas says his team's start to the new season will decide whether or not he commits it to staying in Formula 1 beyond the end of this year.

By:
Jim Utter
Co-author:
Jonathan Noble
Listen to this article

The American has long been clear that he is only interested in continuing to invest in F1 if his outfit can be competitive, and he is concerned about the huge costs being forced on small outfit by the new 2021 rules.

With F1 entering a new era, Haas knows that if he continues after this season, he will have to commit for a five-year period like all other teams.

In an exclusive interview with Motorsport.com during Sunday's NASCAR race at Fontana, Haas said he was juggling the investment needed to stay in F1 against its competitive fortune.

"I'm just kind of waiting to see how this season starts off," he said when asked about what his thoughts were for the future.

"If we have another bad year, then it would not be that favourable [to stay].

"We did five years. That was really the test – we're going to do this for five years, see how it goes and evaluate it and then we'll decide whether to go forward.

"I'm not saying we won't be back. It has to be evaluated. To do it for another five years, though, that would be a big commitment."

Haas says that his team's stint in F1, which began in 2015, has been good for his wider business – but he is concerned about the impact of the 2021 regulation overhaul.

"It's helped quite a bit," he said about the business impact. "It gave us a lot of recognition in the European market and also a lot of the Asian markets.

"We've brought a lot of customers to the races. It's all worked out well. But with the new regulations coming in 2021, the big question is how much is that going to cost?

"There's so much change going on in Formula 1, you really have to ask yourself is it really going to be worth the expense to try to implement all these changes? I know everyone thinks the changes are good, but – boy – they're expensive.

"It's similar to what is going on here [in NASCAR]. The Gen 7 is a real departure from what (NASCAR) has done in the past. It's like anything else, they've changed so many aspects of the car, you just know there's going to be a lot of troubleshooting to get it right. It's difficult for the teams.

"These changes that they implement, I think they do it with the best of intentions but when you are on the other side of the equation trying to implement them, economically it's extremely difficult."

Despite the arrival of a budget cap in F1, Haas does not see his own costs coming down.

Asked if the sporting return was worth the financial investment, Haas said: "It's definitely not financially worth it, I can tell you that.

"At least in our condition, you're only paid about a third of what it actually costs to run a team in Formula 1. So, from a business model it doesn't do that well.

"Obviously, every team has a different nature as to why they do it. Some of it is primary sponsorship. Ferrari is that they've been doing it for 60 years.

"But they take home enough money to actually make the $175 million cap, but a lot of the other teams operate on a quarter of that. So, how can you really run a race team with that kind of disparity?"

With the midfield looking tight, Haas knows his outfit is in for a tough fight, but he still thinks there is a chance to do well.

"Our car certainly wasn't the fastest out there," he said about testing. "We were midfield. Several years ago, the midfield was like five seconds apart.

"This year they were about two seconds from each other, maybe even closer than that. I think really the only good news was that we weren't really that much slower than the Ferraris, but the Ferraris weren't at the top of the scoreboards every day, either.

"It's just a challenge. It's a difficult sport. It's extremely expensive. It's time consuming and it puts a huge amount of stress on the teams to compete. It's not really beneficial to the teams that aren't in the top four or five." 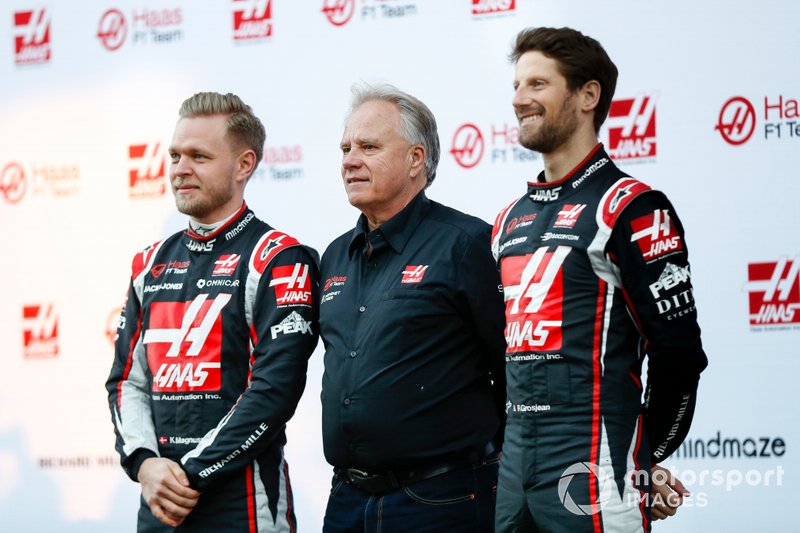 Tost: Unfair to race in Australia without full grid

F1 must be "incredibly responsible" in coronavirus response

Steiner: We must keep pressure off Schumacher despite F1 points