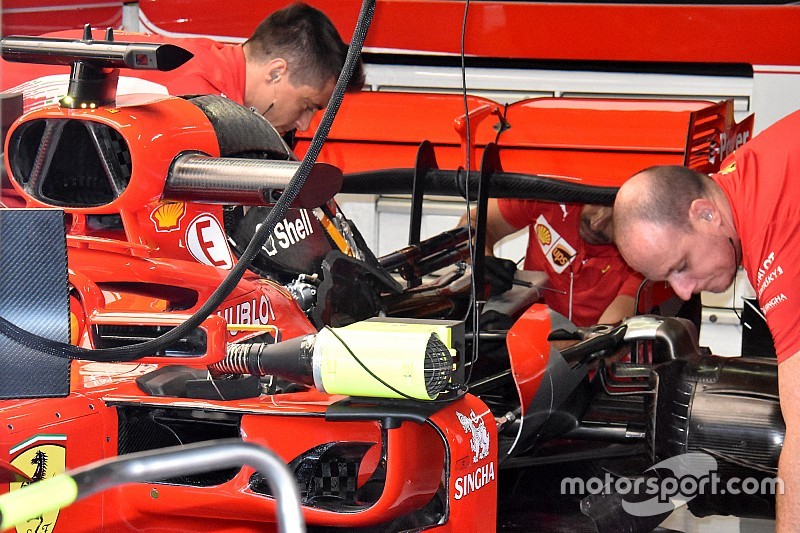 Giorgio Piola and Sutton Images showcase the latest Formula 1 technical developments and details on show in the Hockenheim pitlane at the German Grand Prix. 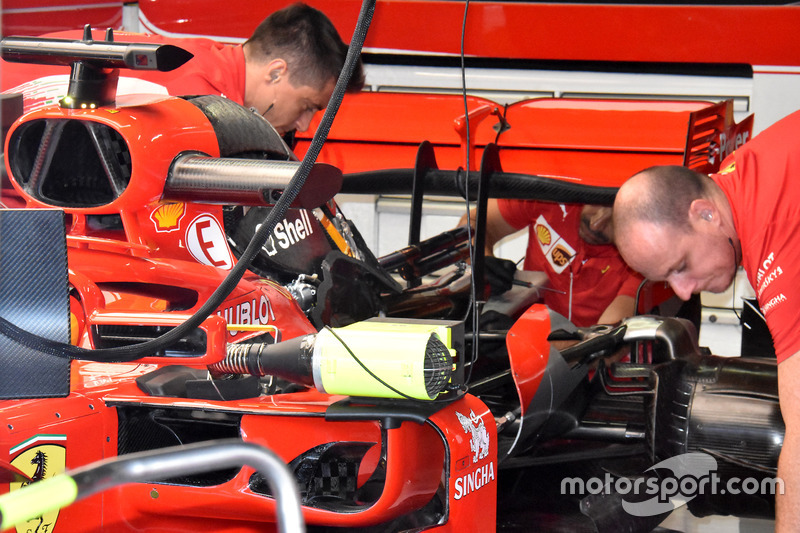 Development: Tested by Sebastian Vettel during FP1, the new rear wing being trialled by Ferrari features an upturned leading edge at its centre and a shallower camber on the rear, in order to take advantage of the revised turbo wastegate pipework. 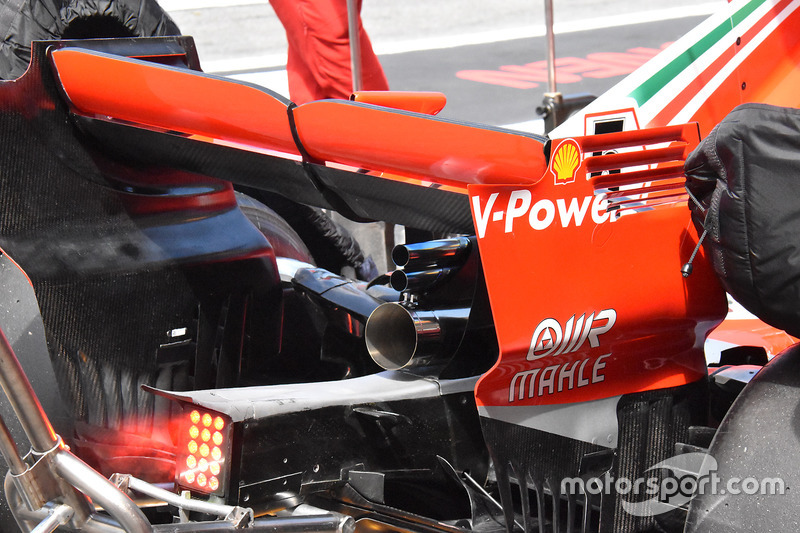 Development: The introduction of the new wing is a tandem development to a new wastegate position, which sees the two pipes inverted and placed on top of the main exhaust. 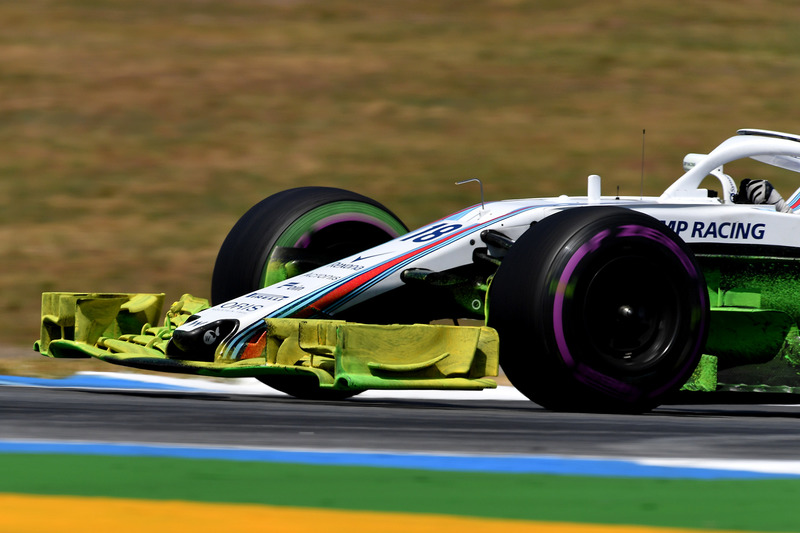 Development: The new front wing being trialled by Williams this weekend with flo-visualisation paint applied in order to ascertain whether it’s working as anticipated. 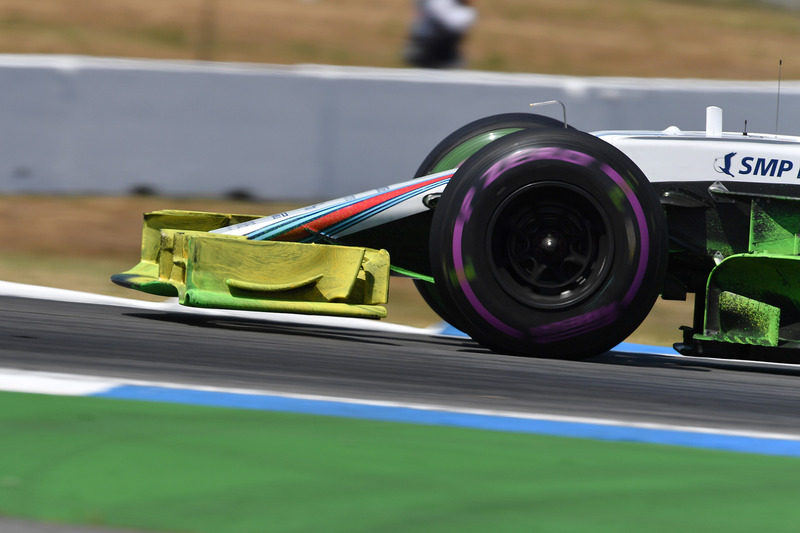 Development: A clearer shot of the new front wing’s endplate. 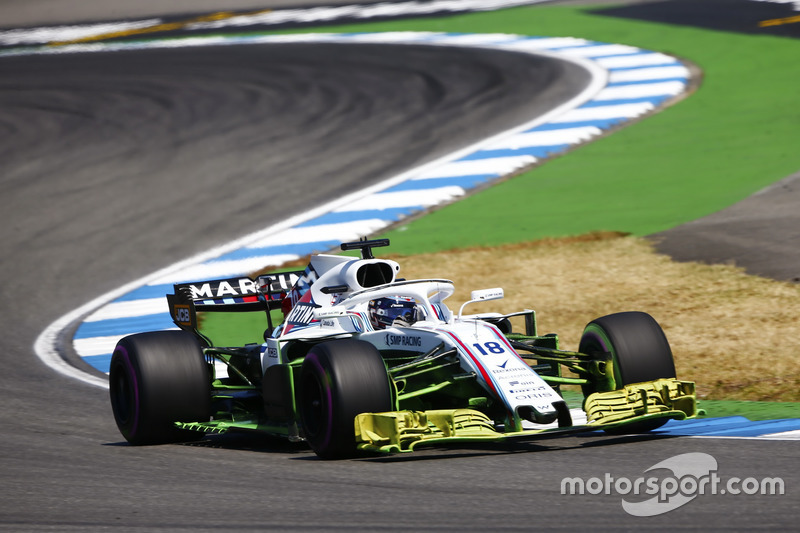 Development: The flo-viz spreads onto other surfaces of the car and will give the designers further indications of how the new front wing interacts with other parts of the car, aerodynamically-speaking. 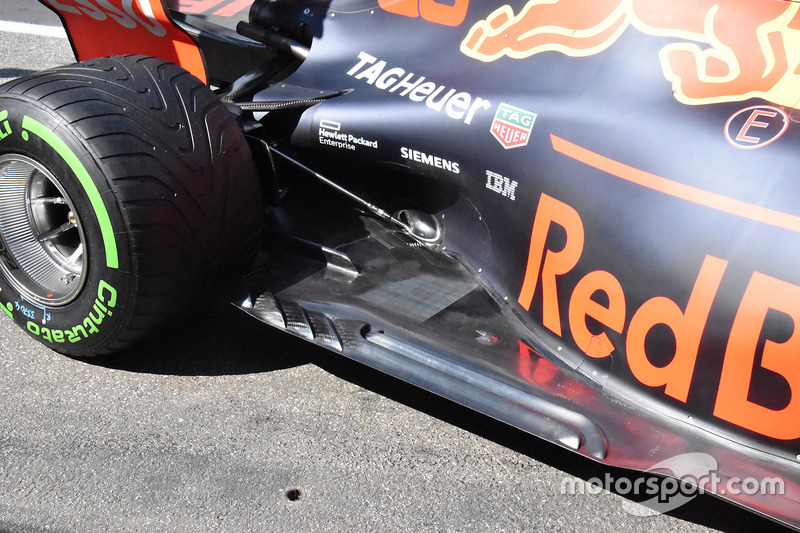 Development: A look at the new floor being run by Red Bull in Germany, which features two elongated slots that run parallel to the floor's edge. 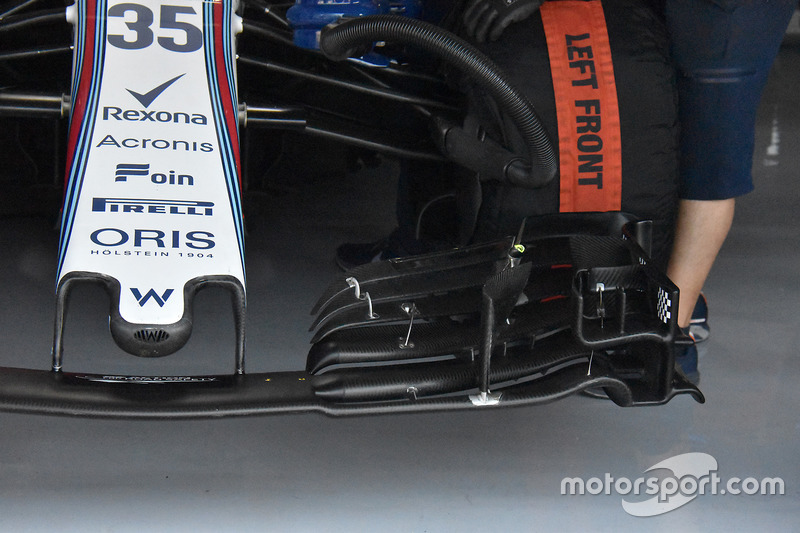 Development: The old-specification front wing was mounted on Sergey Sirotkin’s car during FP1. Note the chequerboard sticker on the endplate though, affixed here in order that a hi-speed camera mounted on the nose can detect the deflection as it circulates around a lap. 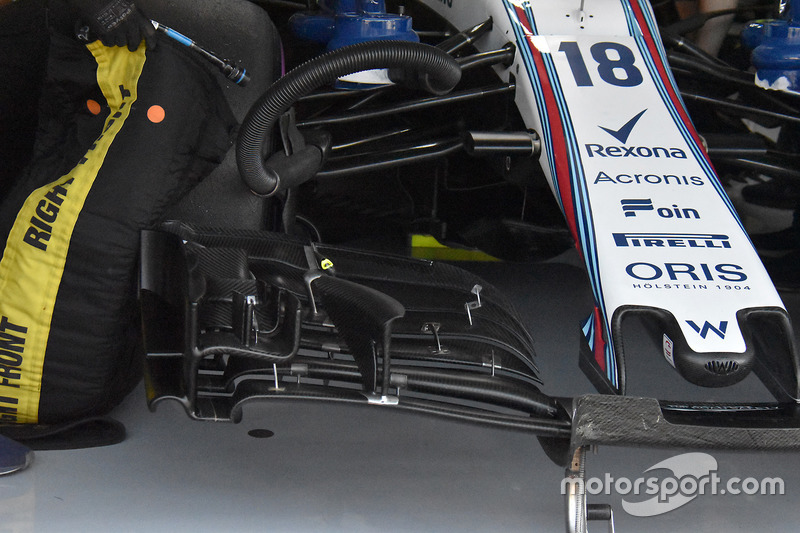 Development: Another view of the experimental, front wing being tested by Williams. 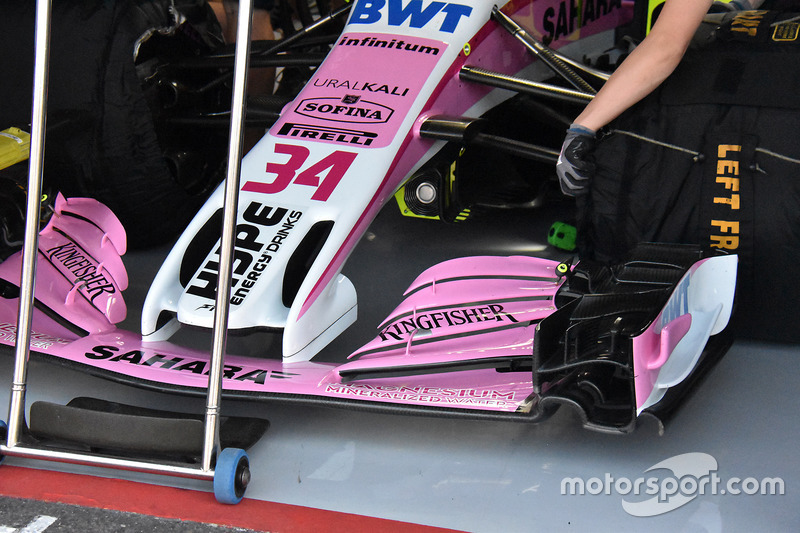 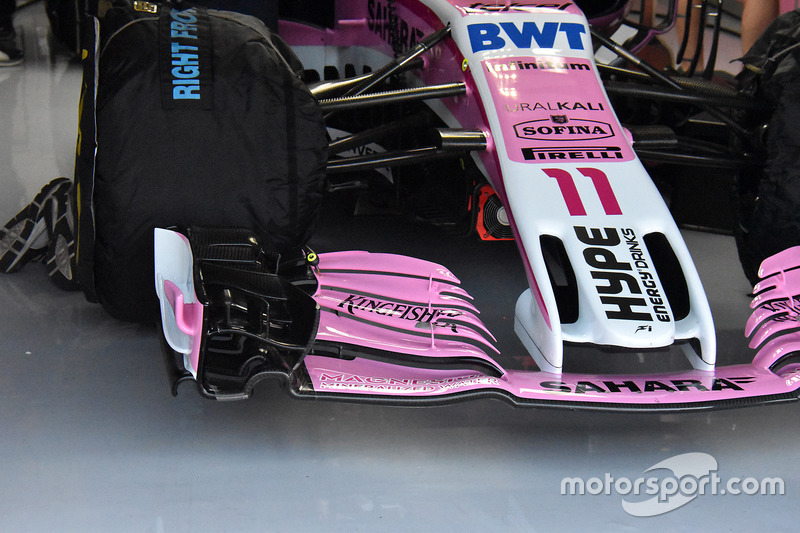 Evaluation: Sergio Perez continued to run the newer specification wing, as the team continues to gather data on which works best with its setup at each circuit. 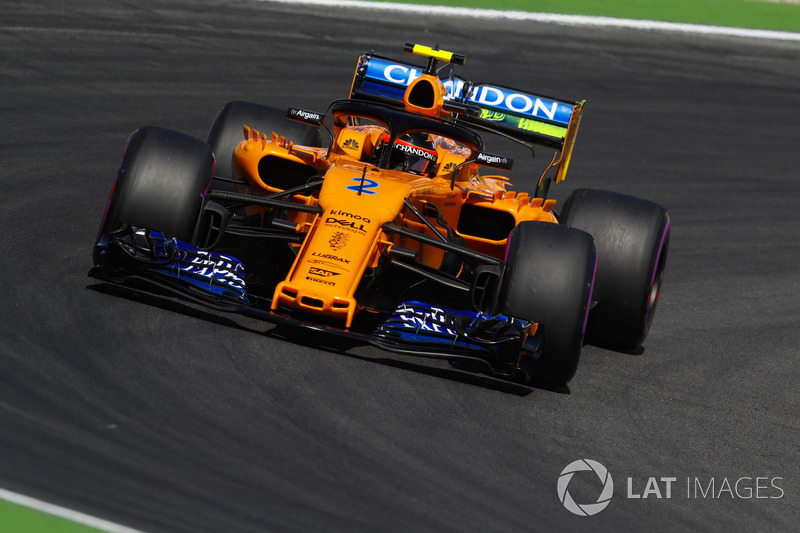 In detail: McLaren applied flo-viz paint on the MCL33’s rear wing in order to establish if it's working as anticipated. 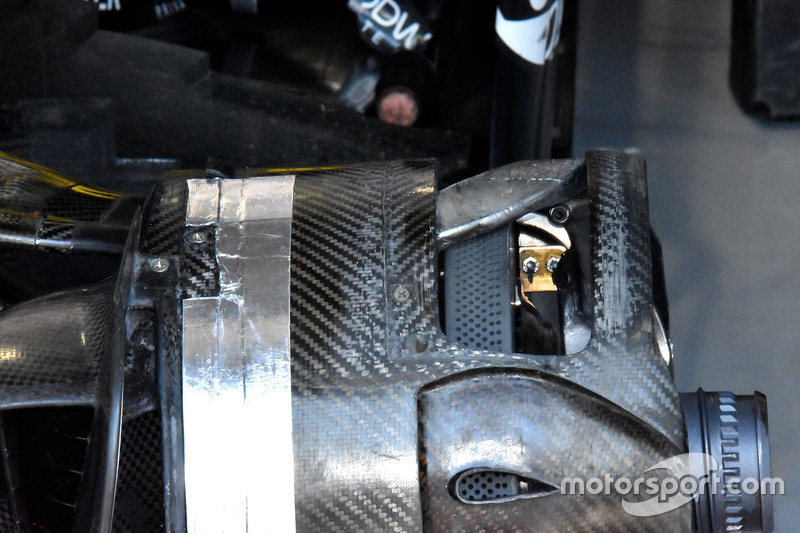 In detail: A look at the Renault RS18’s front brake duct up close, and the window that’s opened up on the top of the drum to release heat generated by the brakes. 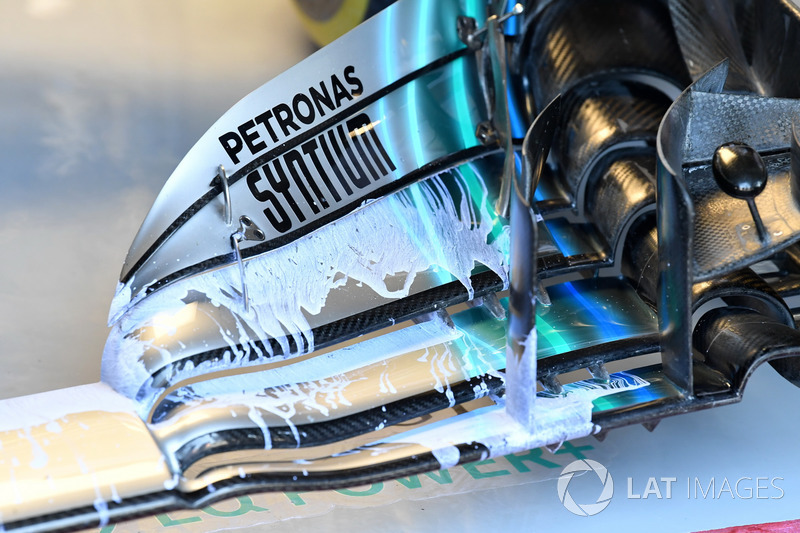 In detail: Mercedes applied flo-viz paint to the W09’s front wing during FP1 as they evaluate the flow conditions in real life in order that they can check if the results in their simulation tools correlate. 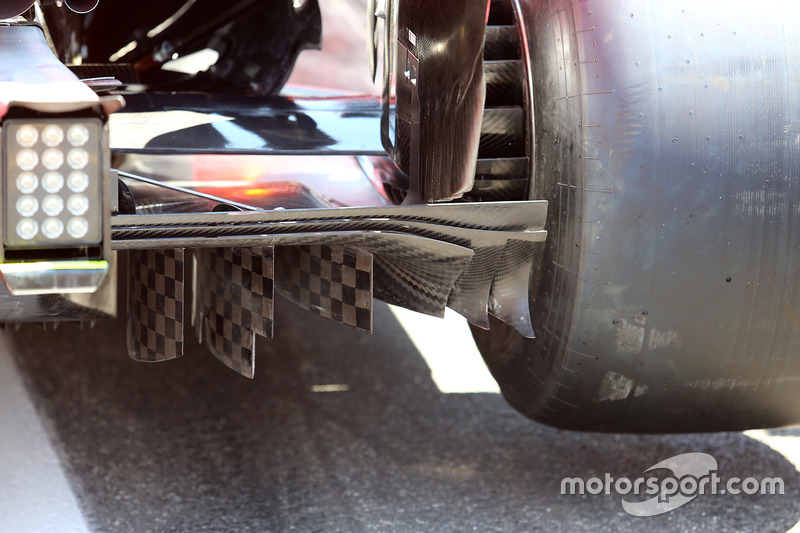 In detail: A look at the outer corner of the SF71H’s diffuser and perforated Gurney tabs. 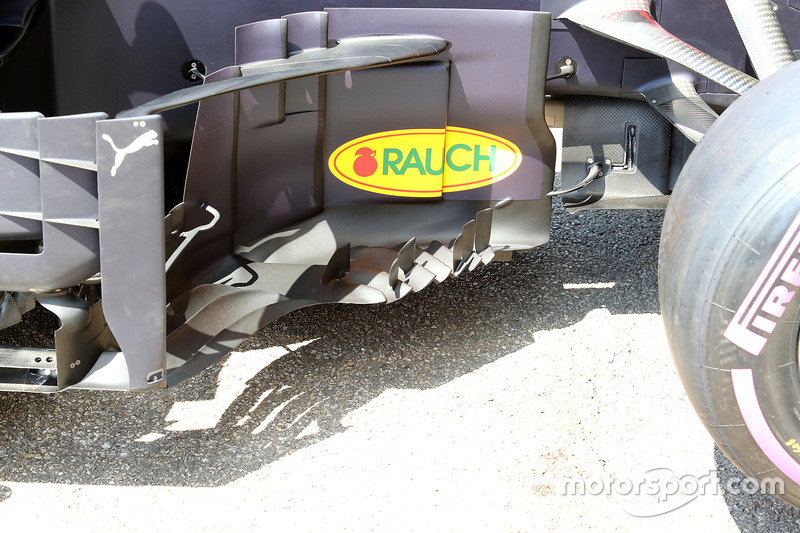 In detail: A close-up view of the RB14’s bargeboard area and the various flaps, vanes and fins being employed. 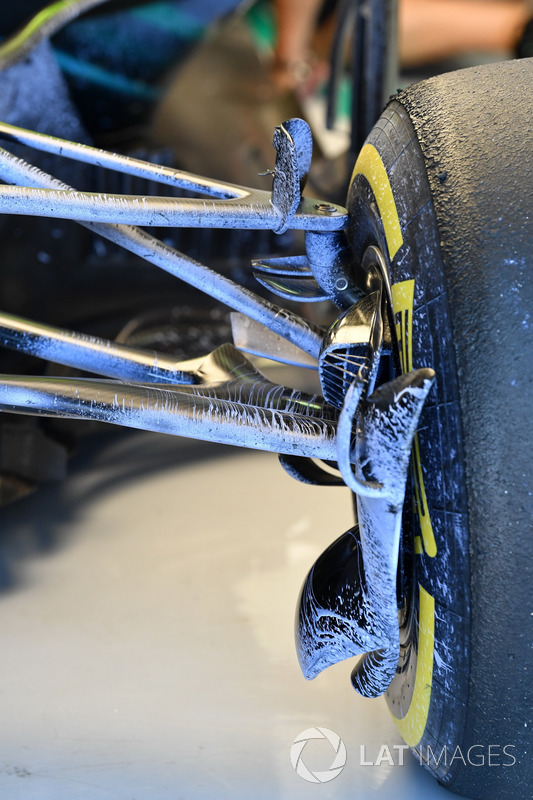 In detail: The flo-viz paint could also be found on Mercedes' front brake duct, as they check it’s operating as expected from an aerodynamic point of view.

Why wide-open German GP is all about the drivers