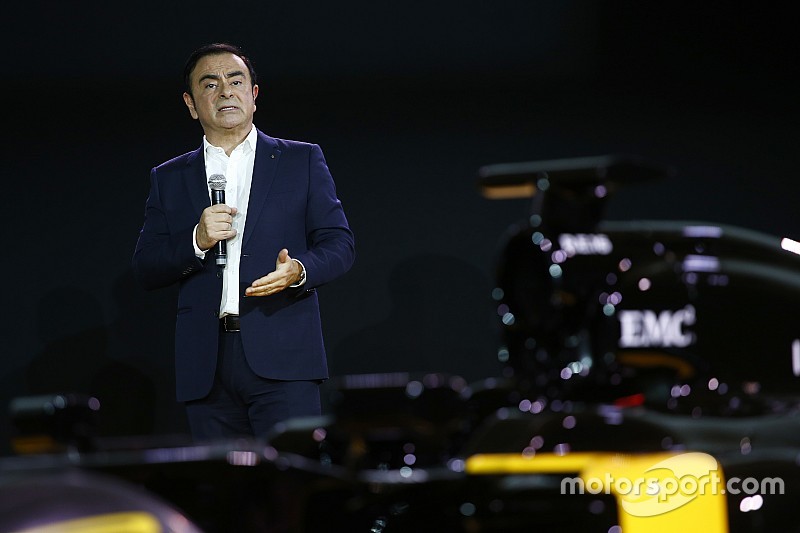 Renault and Nissan chairman Carlos Ghosn has been arrested in Japan, facing allegations of financial impropriety.

Ghosn, who leads the alliance of Nissan, Renault and Mitsubishi and was a key supporter of the French manufacturer's Formula 1 programme, has been accused of under reporting his income.

The 64-year-old Ghosn has long been regarded as one of the most powerful executives in the industry, known for his ability to cut costs and turn around struggling companies.

He is just one step removed from the F1 team, as Renault Sport president Jerome Stoll reports directly to him.

In a press conference today, Nissan CEO Hiroto Saikawa said that Ghosn is expected to be sacked later this week.

"I will call a board meeting to make a proposal to remove him from the position of chairmanship and approve it," Saikawa was reported as saying by AFP.

"The partnership among the three entities will not be affected by this event, rather we will closely work together with all the partners to contain any possible confusion."

He added: "Looking back, the concentration of power was something we need to deeply reflect on."

The news has even attracted comment from French president Emmanuel Macron, who noted that the French state, which owns a 15% stake in Renault, "will be extremely vigilant as to the stability of the alliance and the group".

While Ghosn's impending departure is unlikely to have an impact on Renault's F1 plans in the short term, he had long been a key supporter within the group, and had personally approved big decisions such as the return to works ownership of the Enstone team.

Leclerc says Sauber progress not down to upgrades

Ferrari must make sure it's "ready" to handle Leclerc