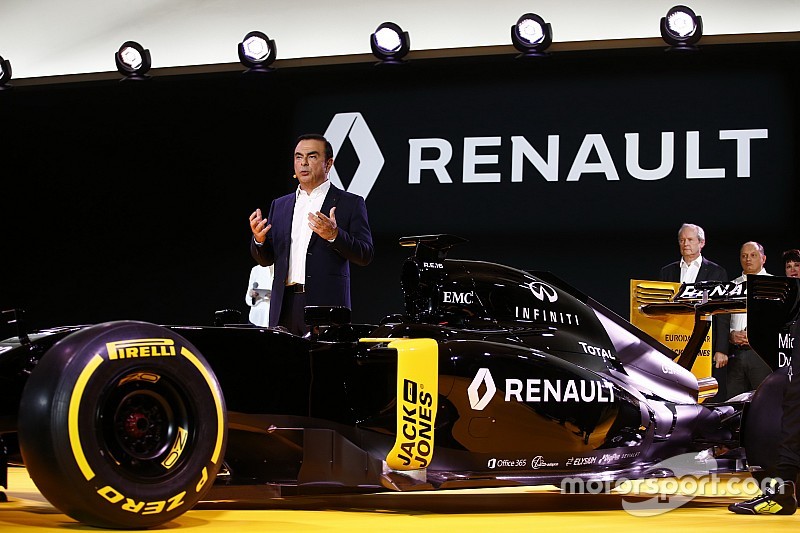 Renault F1 managing Cyril Abiteboul insists that Carlos Ghosn’s departure as the road car company’s chief does not pose an immediate threat to his team’s future.

Ghosn, who was Renault’s CEO and chairman and a key figure in bringing the French car manufacturer back to F1, was forced to stand down last week after being arrested in Japan over financial irregularities relating to a role he had with Nissan.

The management change at Renault, with COO Thierry Bollore taking over as CEO on an interim basis, has prompted speculation that new chiefs at the French car manufacturer could easily cut the F1 programme if they did not see the benefit of it.

But speaking ahead of the Abu Dhabi Grand Prix, Abiteboul said that there had been no indications from Bollore about a change of policy.

“It is a substantial piece of development for the Renault group,” admitted Abiteboul about the impact of Ghosn’s departure.

“My message is simply that there is a continuity plan of all the operations of the Renault group, as well as Nissan and Mitsubishi.

“F1 is part of this operation. It is a project and an activity that is well known, very visible, generating a lot of exposure with clear expectations about a return on investment, and contribution to the business.

“I think the reasons why we joined F1 in late 2015 are still here today, for exposure…and for technology development.

“There is no reason that those factors are suddenly going away in case of any development for which I don’t want to speculate at this point of time.”

He added: “If F1 was still a good proposition in the past, it still has reason to be in the future. It is in our hands to deliver the best possible results [for the right costs] for the benefit of the company.

“I have no indication that Thierry Bollore is not keen about F1. Again, the director of our company has very good knowledge of what we are doing, so no teasing, no scepticism – just focusing on facts and what we need to deliver.”

Although Ghosn has been a long-time supporter of F1, Abiteboul is clear that Renault’s involvement in grand prix racing was not solely down to him.

“It is fair to say that Carlos Ghosn was instrumental in the decision to return in late 2015, but obviously it is not one man’s decision: the decision was debated at length in executive committees and it was a decision of the company,” he explained.

“We have been racing in F1 for more than 40 years. We have been on the journey of a long term plan for six years, six years to build the team and six years to hopefully challenge these guys, so that is where the focus is at the moment.

“There is a clear continuity of all the operations with Thierry Bollore who is no stranger to F1, because he has been a director of the board of the team since 2016. So this is where we need to focus and support Renault.”