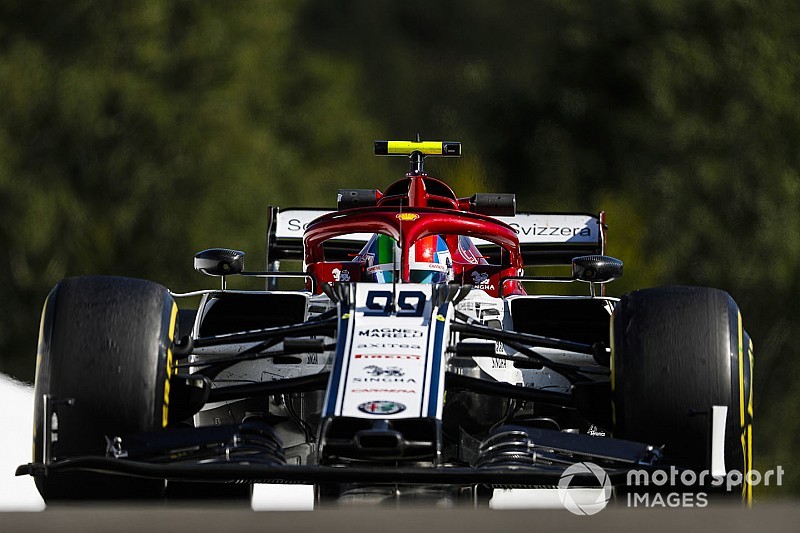 Antonio Giovinazzi is set to start from the back row of the grid for the Belgian Grand Prix after his Alfa Romeo team elected to fit a brand new engine ahead of the race.

The Italian suffered a power unit failure in the closing stages of Q1 after setting a time that had been good enough to get him through to the second stage of qualifying.

He had been set to start 13th thanks to others dropping back through penalties.

But his team decided on Sunday morning that rather than fit him with an older specification power unit, it would take another latest specification version. Alfa Romeo has also fitted Giovinazzi with a new gearbox.

The changes are set to move him to the back row of the grid, with Carlos Sainz also being shuffled back after McLaren elected to fit a fresh MGU-K and energy store.

Robert Kubica, who had been set to take the final spot on the grid, will now start from the pitlane after Williams fitted a different specification engine and rear wing assembly following qualifying.

A host of drivers have taken fresh engines this weekend, with Toro Rosso's Daniil Kvyat, Red Bull's Alex Albon and Force India's Lance Stroll all required to start from the back because of their switches.