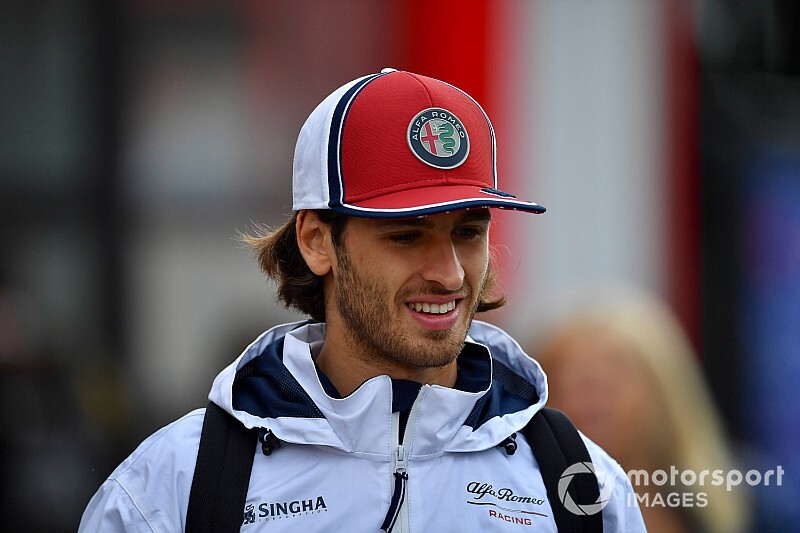 Mattia Binotto says Alfa Romeo driver Antonio Giovinazzi needs to feel the "confidence" of Ferrari, amid speculation over his Formula 1 future and Nico Hulkenberg's emergence as a free agent.

Ferrari placed Giovinazzi at the Sauber-run Alfa team for 2019, giving him his full-season F1 debut, but the 25-year-old has been comprehensively outperformed by experienced teammate Kimi Raikkonen, who has scored 31 points to Giovinazzi's three.

Giovinazzi scored his second points finish of the season with a career-best ninth at the previous race in Italy, one week after crashing out of ninth place on the penultimate lap of the Belgian Grand Prix.

That will help Giovinazzi's bid to stay at Alfa next season alongside the already-contracted Raikkonen, especially as Hulkenberg remains an option to the team.

Hulkenberg was expected to sign for Haas, but the American team has announced ahead of the Singapore Grand Prix that it has retained Romain Grosjean alongside Kevin Magnussen.

That makes Giovinazzi's Alfa seat Hulkenberg's best option to remain on the F1 grid next season, but Ferrari believes Giovinazzi is well-placed to prove himself over the rest of 2019.

Ferrari team principal Binotto told Motorsport.com: "There was a mistake in Belgium which undoubtedly penalised him, but he was in the points, and then confirmed himself in the top 10 also at Monza.

"Antonio is growing, but he also needs to be supported as he deserves.

"At the moment I don't think he's as calm as he should be, so I think it's right to make him feel the confidence of Ferrari, as he's one of our drivers.

"Now Antonio has important races ahead of him in which he can confirm his growth. It's not a test, but it's an opportunity to prove what he's already shown in his last races."

Giovinazzi was a Ferrari development driver before being picked to partner Raikkonen at Alfa, which is a Ferrari customer team.

He made two F1 starts for the team in its previous guise as Sauber, deputising for Pascal Wehrlein in the first two races of 2017, but only contested the 2018 Le Mans 24 Hours in a GTE car between then and the 2019 F1 opener in Australia.

"This season he has not yet had the opportunity to show his full potential, but there are several aspects to take into account," said Binotto.

"The first, and I think the most important, is the one related to the two years of inactivity on the race track.

"We have seen how Antonio's performance in qualifying has progressively improved, coming very close to Kimi's performance, while in the race he still pays something, especially wheel-to-wheel.

"I think it's due to the lack of confidence that can be linked to the two years of forced absence, but what really matters is the positive trend."

Verstappen: Perez "took himself out" in opening lap clash