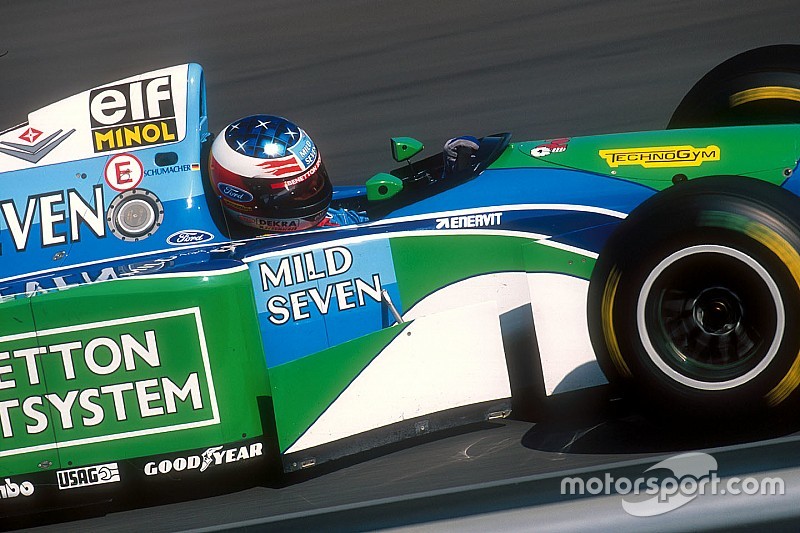 The career of Michael Schumacher is to be celebrated at the Goodwood Festival of Speed on July 4-7.

The overall theme of this year's event is "Speed Kings – Motorsport's Record Breakers," and Schumacher has been chosen to celebrate both his 50th birthday in January and to mark the 25th anniversary of his first world championship, earned with Benetton in 1994.

Goodwood says that "his famous cars, family, friends, teammates and former rivals" will be present for the event.

Schumacher's former title rivals Mika Hakkinen and Damon Hill will be among those taking part, with the latter expected to drive one of the seven-time world champion's cars.

"We are delighted that the Goodwood Festival of Speed has chosen to celebrate Michael's career, in the year of his 50th birthday, and on the 25th anniversary of his first World Championship," said Schumacher family spokesperson Sabin Kehm.

"It is especially fitting this year, as the event's 'Record Breakers' theme perfectly encapsulates his incredible achievements, including records, many of which may never be broken.

"We hope the public enjoy the opportunity to see an assortment of his winning cars, and the many friends, rivals and team members, who are coming to Goodwood to support the occasion.

"We thank the Duke of Richmond and the Goodwood team for making Michael such an important feature of this year's event."