F1 grid has potential for "big reshuffle" in Spain - McLaren 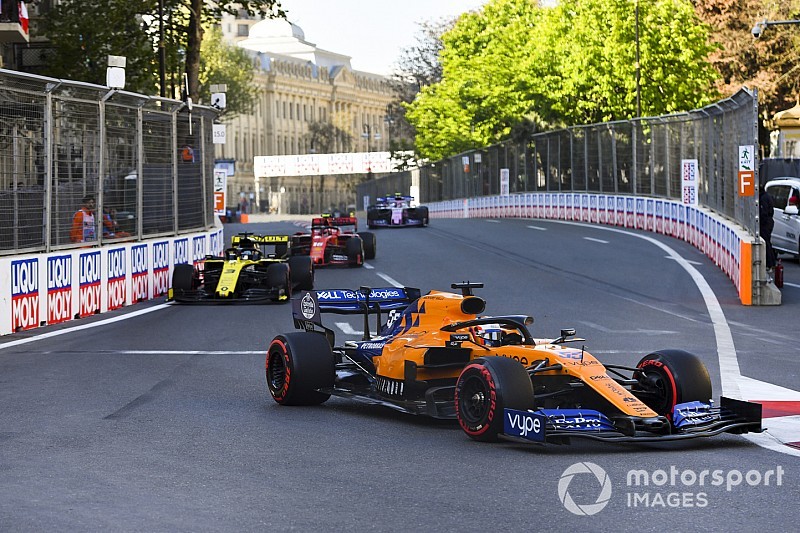 McLaren sporting director Gil de Ferran thinks there is potential for a "big reshuffle" of the grid order at this weekend's Spanish Grand Prix.

Although the top three outfits appear to be well clear of the midfield battle, the closeness of the fight to be 'best of the rest' has left de Ferran convinced that small updates could be enough to transform the competitive order.

"In Barcelona there's potential for a big reshuffle, because a lot of people bring different things, and we don't control that," said the Brazilian, who will continue working alongside McLaren's new team principal Andreas Seidl from this weekend's event in Barcelona.

"We only control what we can do. I think on the positive side I think we understand the strengths and weaknesses of our current car, and we're very focussed on saying we need to improve the weaknesses that we've identified.

"Where we're going to be in Barcelona and from then on, I've no idea. It's just heads down, and step-by-step."

De Ferran is clear that although McLaren has made good progress this year, and moved up to fourth place in the constructors' championship after Baku, it is not sitting back and thinking it is job done.

The seventh and eighth places that Carlos Sainz and Lando Norris took in Azerbaijan continued a good run of form for the team, whose only real setback so far this year came in China when both its drivers tangled with Daniil Kvyat on the first lap.

The Baku points haul was the first time since the same race last year that the team has scored with both cars. However, De Ferran cautioned that there is still a lot of work to be done as the team tries to move up the field.

"It's a good taste in the mouth," said the Brazilian. "Obviously it was an unfortunate race in China, so to bounce back with double points is good.

"But let's not get ahead of ourselves. There's still a lot of work ahead, so let's keep walking. The team is doing a great job both trackside and back at the factory.

"I think a good indication of that is the pit stops. They keep improving throughout the year, and Baku again we did really well in the stops.

"Ever since last year we're trying to identify every opportunity and every weakness that we have, and slowly and in a calm manner try to improve every aspect of everything that we do. We're trying not to get ahead of ourselves."

De Ferran has been encouraged by the progress of the two drivers: "On the driver front Lando is doing an outstanding job, and so is Carlos.

"He's been unfortunate in the first three races of the year, but both guys have been on the pace, both guys are working very well with the team and with each other. The relationship is good, and we've just got keep building on that."

Spanish GP: All the winners since 1951