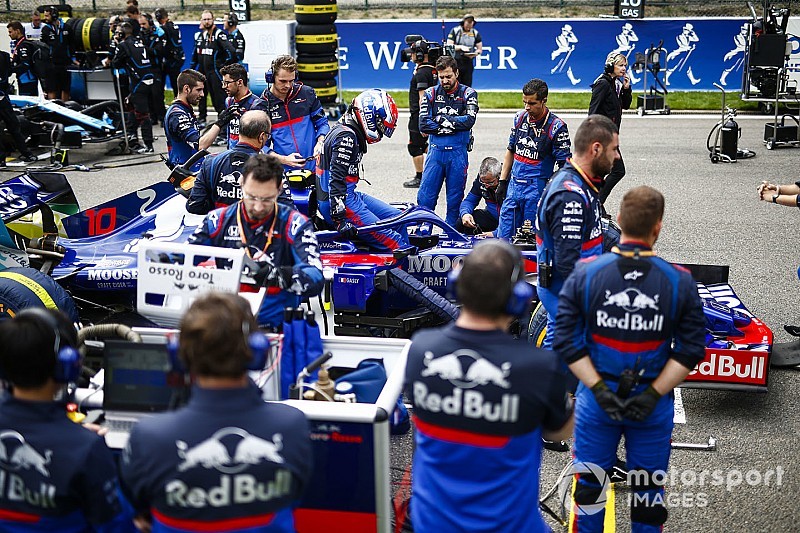 The FIA, the F1 organisation and the teams have been discussing ways of streamlining the grid penalty system for 2020 and beyond, although it seems unlikely that there will be radical change.

Grid penalties for infringements such as power unit and gearbox changes have been called into doubt in recent years, not least by F1 sporting director Ross Brawn.

Recent meetings of the Sporting Working Group have looked a range of possible alternatives, including ballast, fuel usage restrictions and even – for 2021 onwards – a financial penalty in the form of a reduction in the cost cap for the team concerned.

However, all of the mooted alternatives have a downside. Extra weight is unpopular, while the financial suggestion has not gained traction because teams believe that they could potentially feel the hit months after the actual offence, in the form of a reduction in spending on R&D – one that could even impact development of the following year’s car.

The consensus is that grid penalties are still the best solution, at least for 2020, although they remain under study.

Ways of ensuring that they are distributed equitably, with the full hit taken each time rather than drivers climbing back up the grid due to others also having penalties, are being explored.

“It is something that we are certainly looking at,” said FIA race director Michael Masi. “And grid penalties [are an] ever-going evolution.

“It is not a process where we change in determining how we do that during the year. It is part of the sporting regulations, but we have discussed together with the sporting directors, looking at other proposals for 2020.”

Haas team principal Gunther Steiner acknowledged that it was hard to find a better alternative to the current system.

“I think it’s difficult to find another solution,” he said when asked by Motorsport.com. “If the penalty is too little the chance that you do something just by spending money and getting an advantage… It’s easy to do.

"It’s like when you get a fine for example for an unsafe release. You know what 5000 Euros is worth to the teams in F1 – nothing. If you can get a tenth of an advantage for 5000 Euros, you do it every day.”

Steiner explained why he felt solutions like handicapping drivers with more weight or less fuel would not work.

“I think that is even more confusing that grid penalties, because a grid penalty is explained at the beginning of the race, then you’re OK, but if you have ballast or less fuel, for commentators to explain why all of a sudden that car is slower than the other one [is difficult]. Therefore at the moment they haven’t found a better solution, so it’s a status quo.”

Vettel is facing the biggest challenge of his career